For the serious presenter a "clicker" remote is a must! You know what I mean, the person at the front, wielding the power of the presentation using a clicker to advance the slides.

But clickers aren't cheap, and for most of us we only need one every so often...so can we make our own?

Of course we can.

For this project you need the following hardware 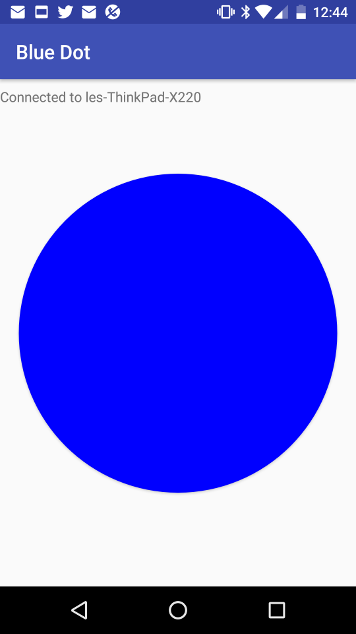 I'm lucky to consider Martin O'Hanlon a good friend. I've known Martin since PyCon UK 2013 and we have worked together many times delivering Picademy with the Raspberry Pi Foundation.
Martin is a clever lad and his latest clever project is Bluedot, a simple Bluetooth controller for the Raspberry Pi. The Bluedot app on your phone connects to a Raspberry Pi running the Bluedot Python software. Simple as that!

To install the Android app, simply head over to the Play Store and install it.

Then we need to pair our phone and computer together in the normal manner for our operating system.

On your Android phone: 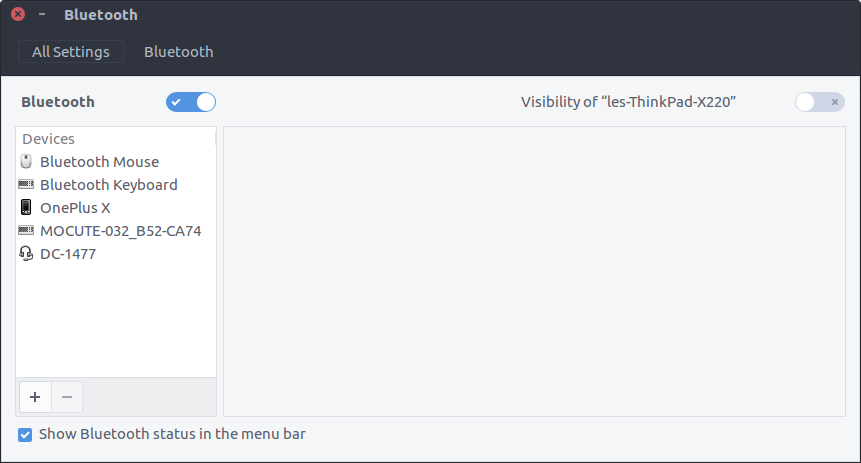 On your Android phone:

On your Linux computer / Raspberry Pi

We have two Python 3 libraries to install for this project, they are Bluedot which is used to connect our phone to the computer, and the second library is keyboard which emulates keyboard input.

From the desktop open a Terminal and enter the following.

Now lets open a Python editor and start writing some code! I named the file Presentation_Controller.py so that I could remember what it did.

We start the Python code with importing four Python libraries, they are Bluedot for our Bluetooth connection, pause from the Signal library to prevent our code from exiting, keyboard to emulate a keyboard press and subprocess which we shall use to run commands on the operating system.

Now lets create a function called controller (catchy and original!!) This function is really just a conditional statement that checks where the user is pressing Bluedot on their phone. We have five positions, top, bottom, left, right and the middle and when the app registers a press in any of those positions it will print text to the Python shell (handy for debug) before using the keyboard library, specifically pressing a certain key(s) to navigate through the slides.

So if the user presses the top of Bluedot then the Python code will print "Present from current slide" and then press "Shift+F5" on the keyboard, which is the shortcut in LibreOffice Impress to do just that.

I added something to control the audio on my Ubuntu laptop, so this new function takes the current position of the users finger and converts that to a percentage, which is then used to set the volume level using the amixer command in the terminal, via subprocess. If you are doing this project with your Raspberry Pi then you will need to change Master to PCM.

The last four lines of the project create an object called bd which is our connection to BlueDot. Then we say that when the user presses a position on Bluedot, that the controller function is called and the function reacts according to the position pressed. Then when the user slides up and down the Bluedot the audio_control function is called causing the volume to go up and down. Lastly we call the pause function which prevents the application from closing.

In order to use our new Python project we need to run the code as root or with sudo. Now this is not normally the done thing, but the keyboard library requires sudo because...

To avoid depending on X the Linux parts reads raw device files (/dev/input/input*) but this requries root.

It should wait for a connection from your phone, so with Bluedot on your phone find the device you want to connect to, and click on it. It might take a couple of attempts to connect, but it will work, promise!

And then, open your presentation and dazzle your audience!

For this weeks Tuesday Tooling we take a look at a Python library that offers to simulate and record keyboard input! So what is it called? Keyboard : Record and simulate keyboard events on

Another Tuesday Tooling blog post, and this week a quick look at a handy tool to create great looking documentation, and best of all it uses Python! tl;dr MkDocs is a great