It has been a long time since the last Friday Fun and this time we leave the computer on the desk and break out some handtools.

It may be the 21st century but the majority of homes around the world still use physical keys. My issue with keys is that they get snagged / tangled up in my keychain and often require me to untangle them to open a door.

What did I use in the project?

So what was my solution? 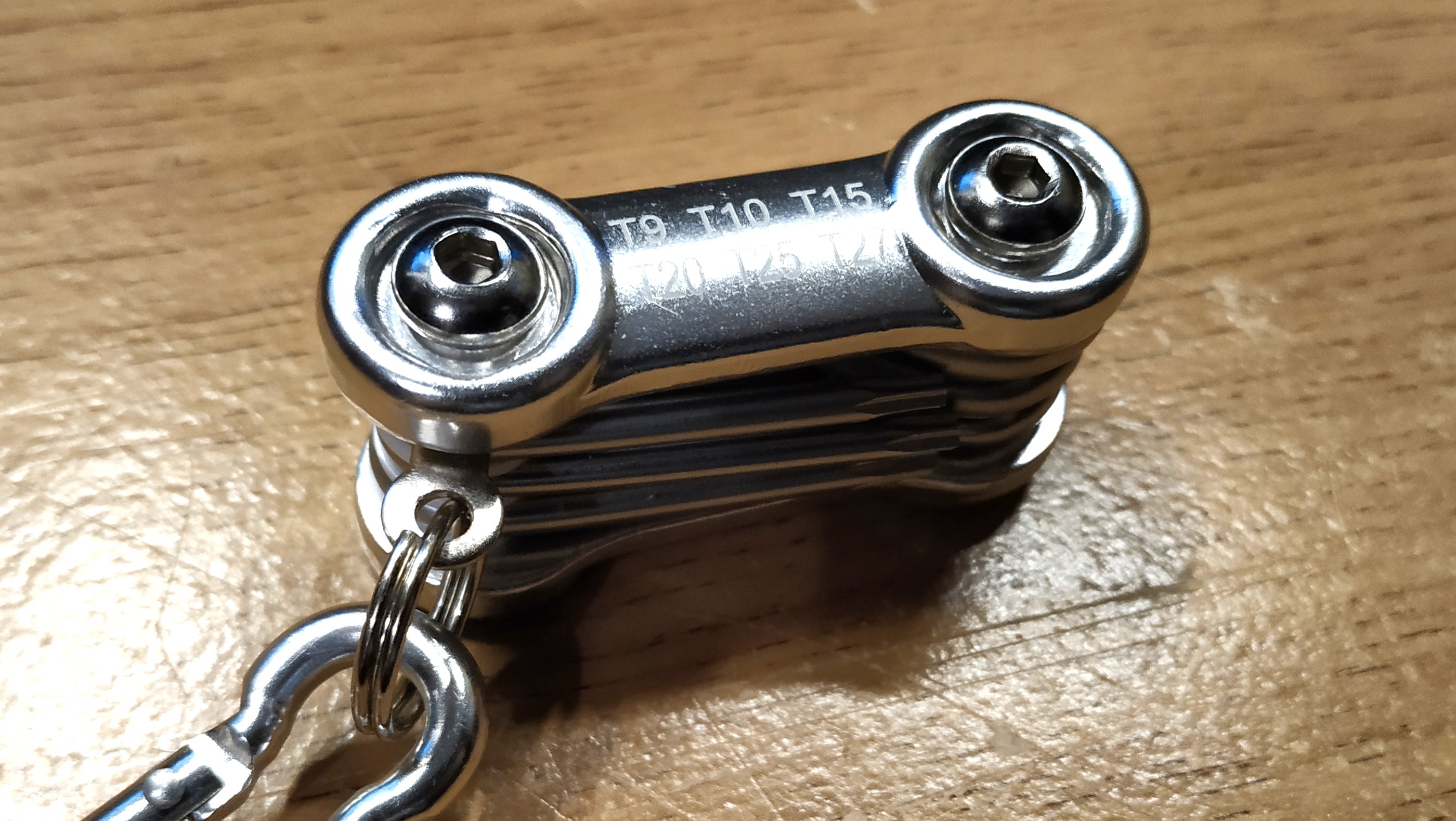 I was in Clas Ohlson the other day and the branch was closing down :( but it had a 75% sale so as I was waiting to pay I spotted a fold out T keychain set that looked interesting. It was originally £1.99 but in the sale it was 50p! 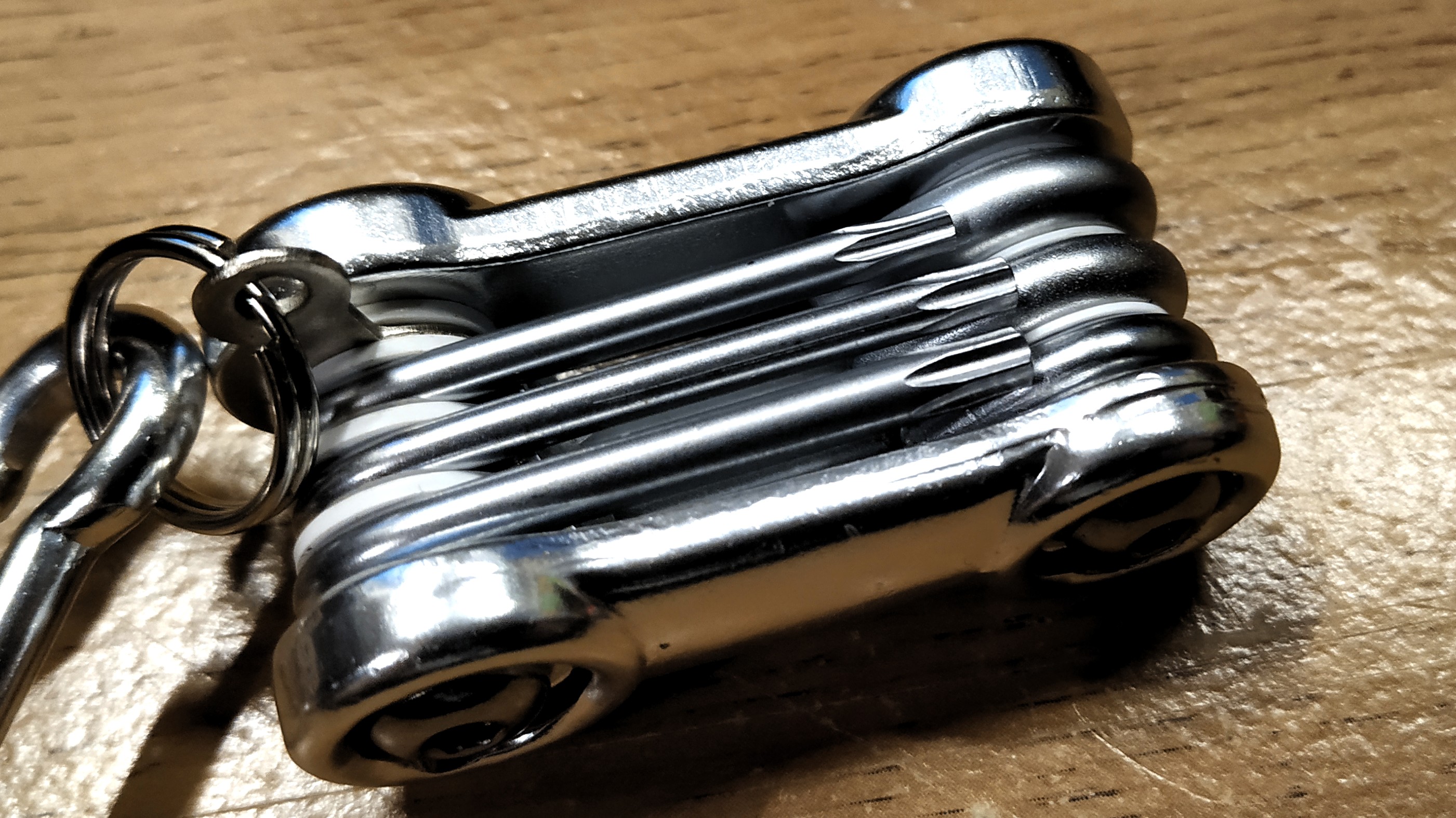 This keychain has many different sized T keys (star shaped keys commonly found on Apple devices) but what interested me was that it looked easy to take apart thanks to the hinges using hex bolts. 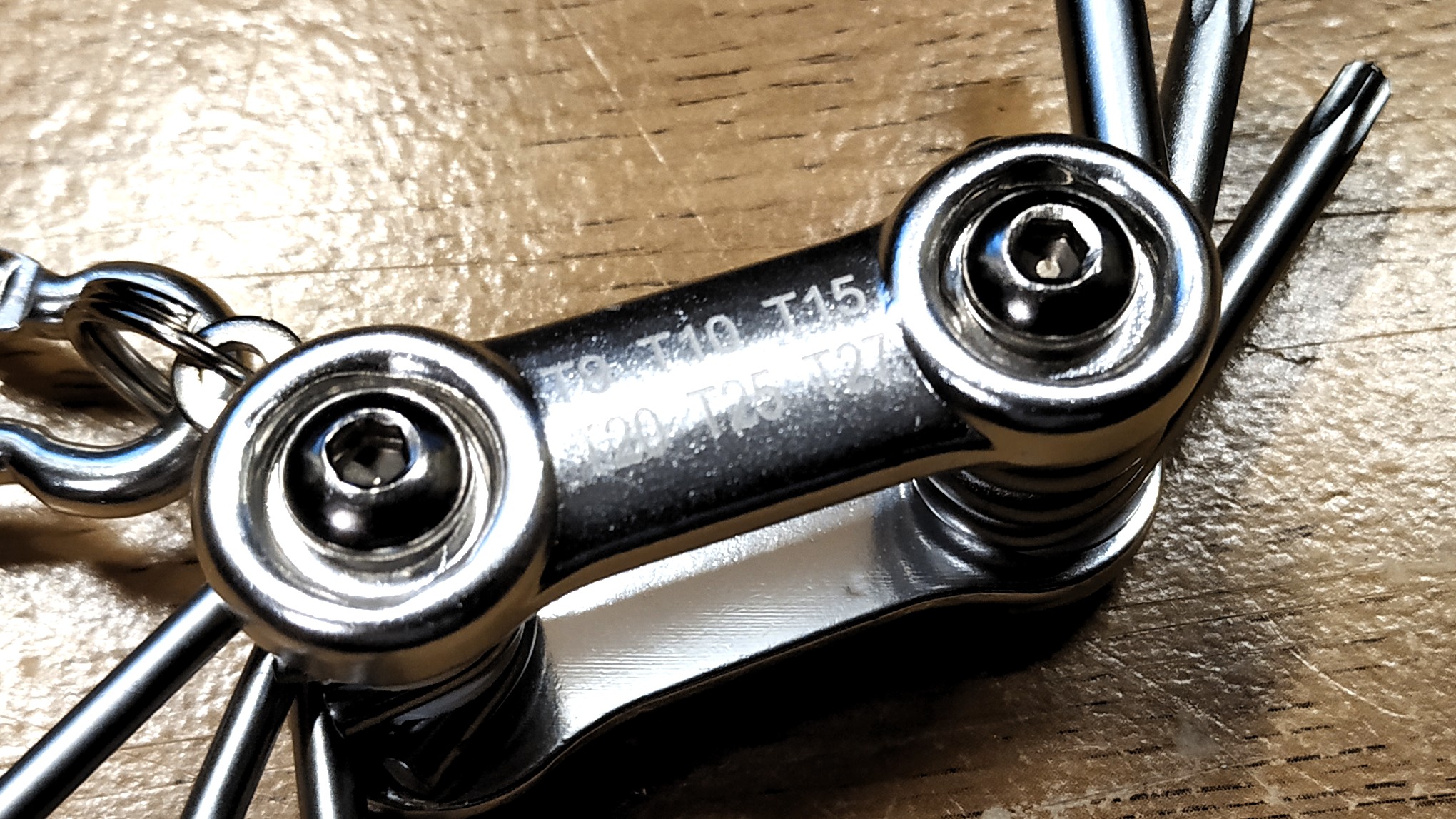 So using the correct sized hex driver I took the keychain apart and laid out the components on my desk to see what I could use it for. 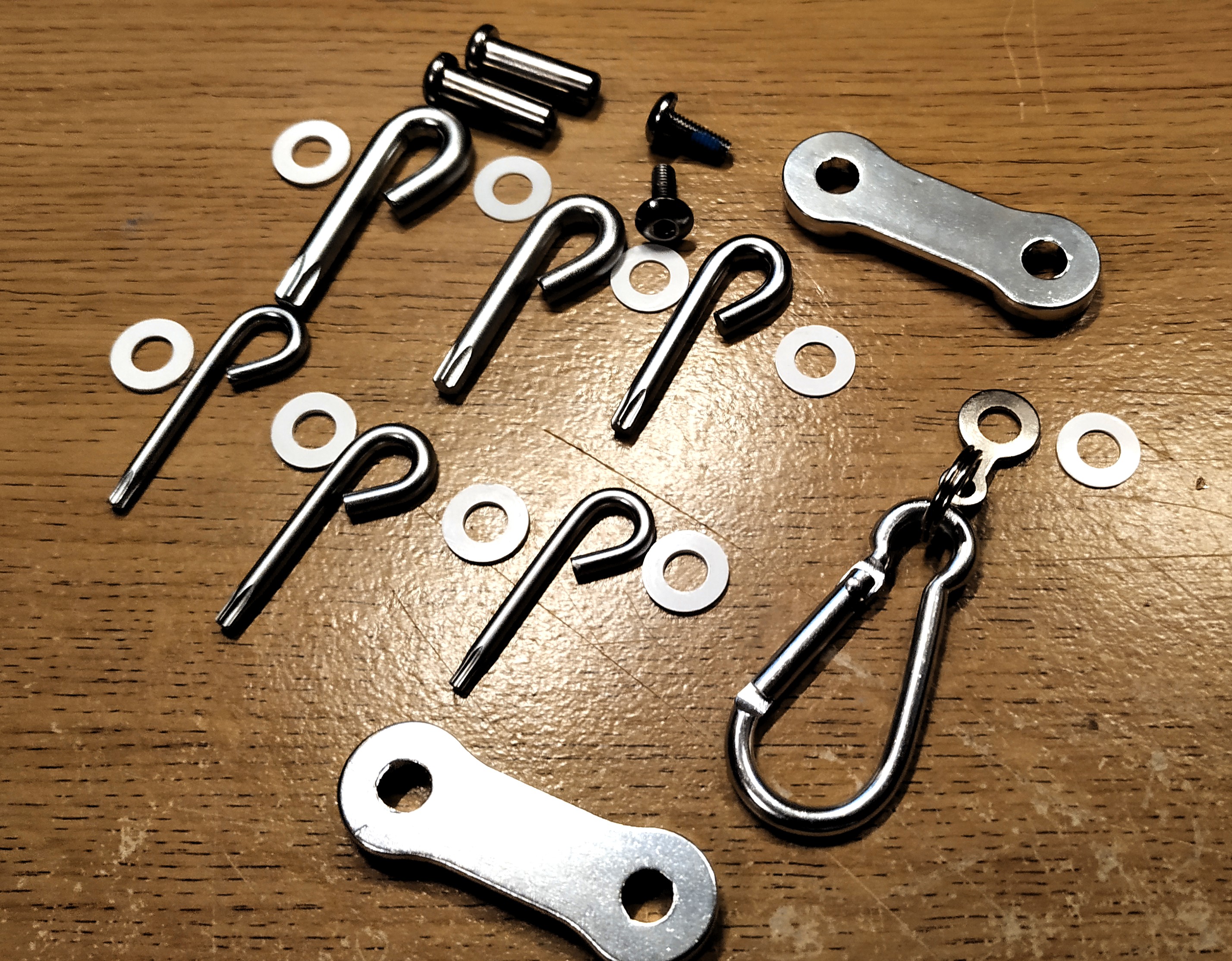 Looking at the hex bolts they were just too big for my keys.

So I needed to file the keys so that I could thread the bolt through. So using some modeling files and my Panavise vice I set to this. 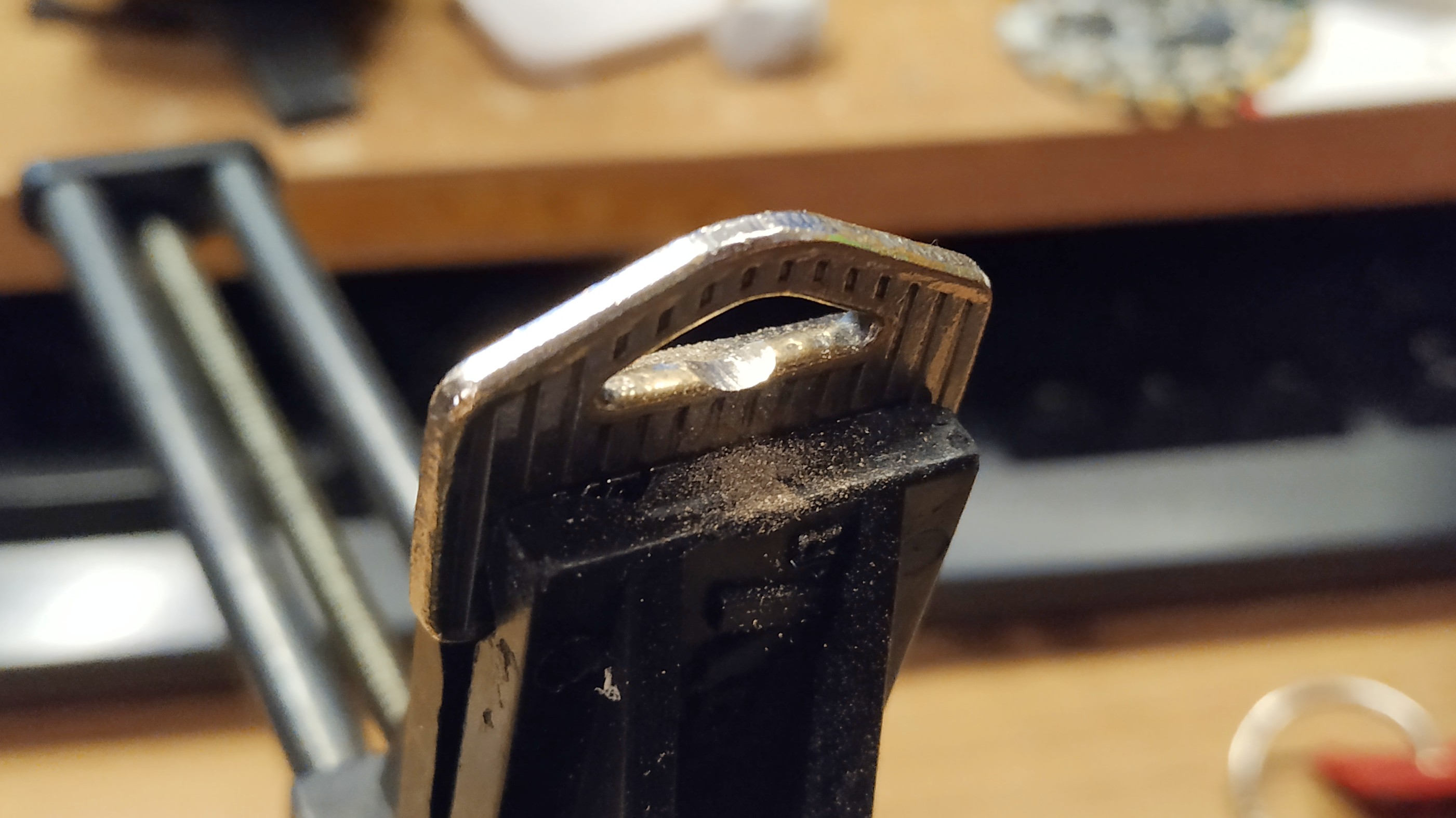 Top tip:
When filing metal, wear gloves and eye protection as the dust is really bits of metal and not good for you.

It took a little time, taking it little by little and checking my work as I went. 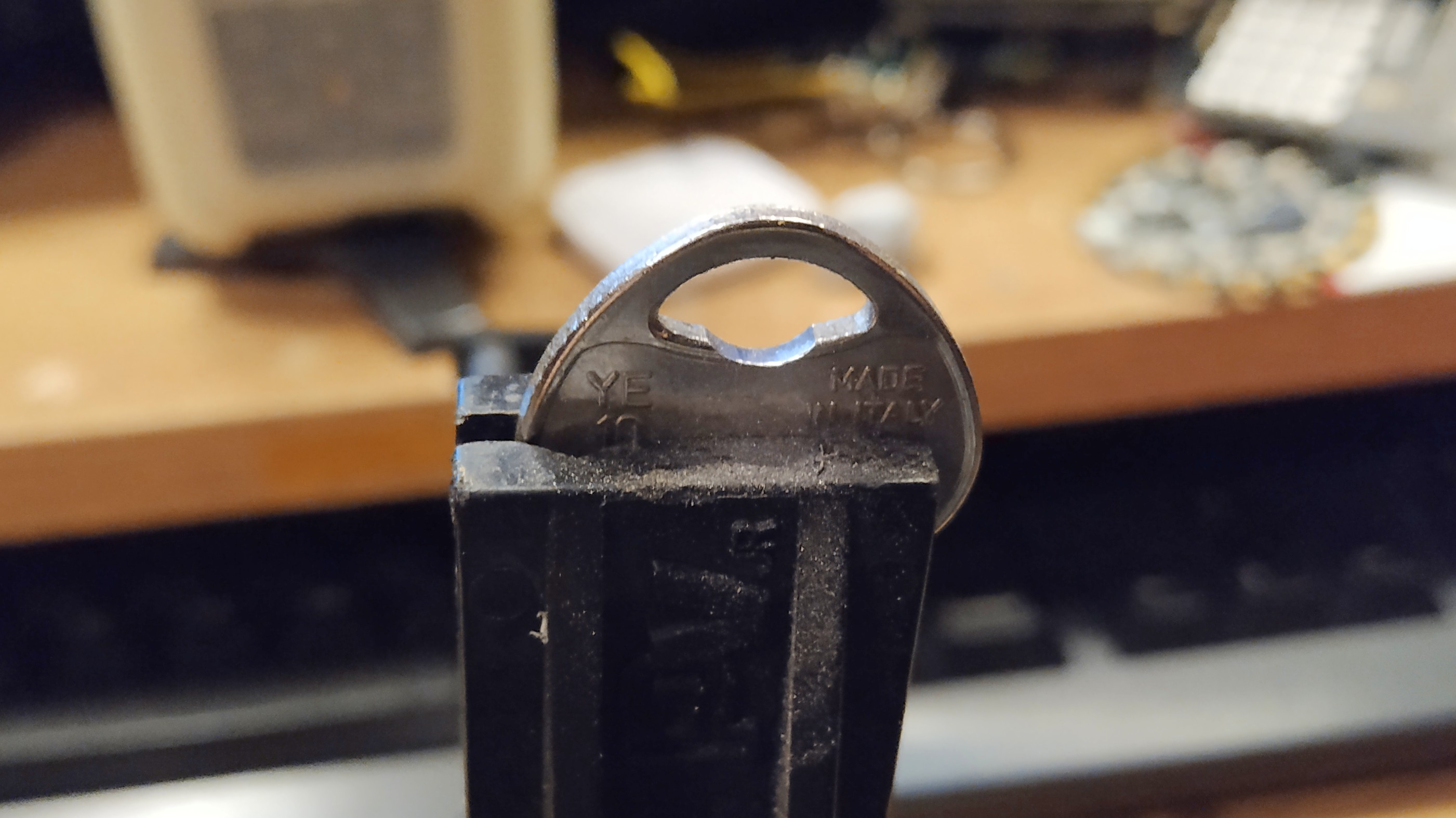 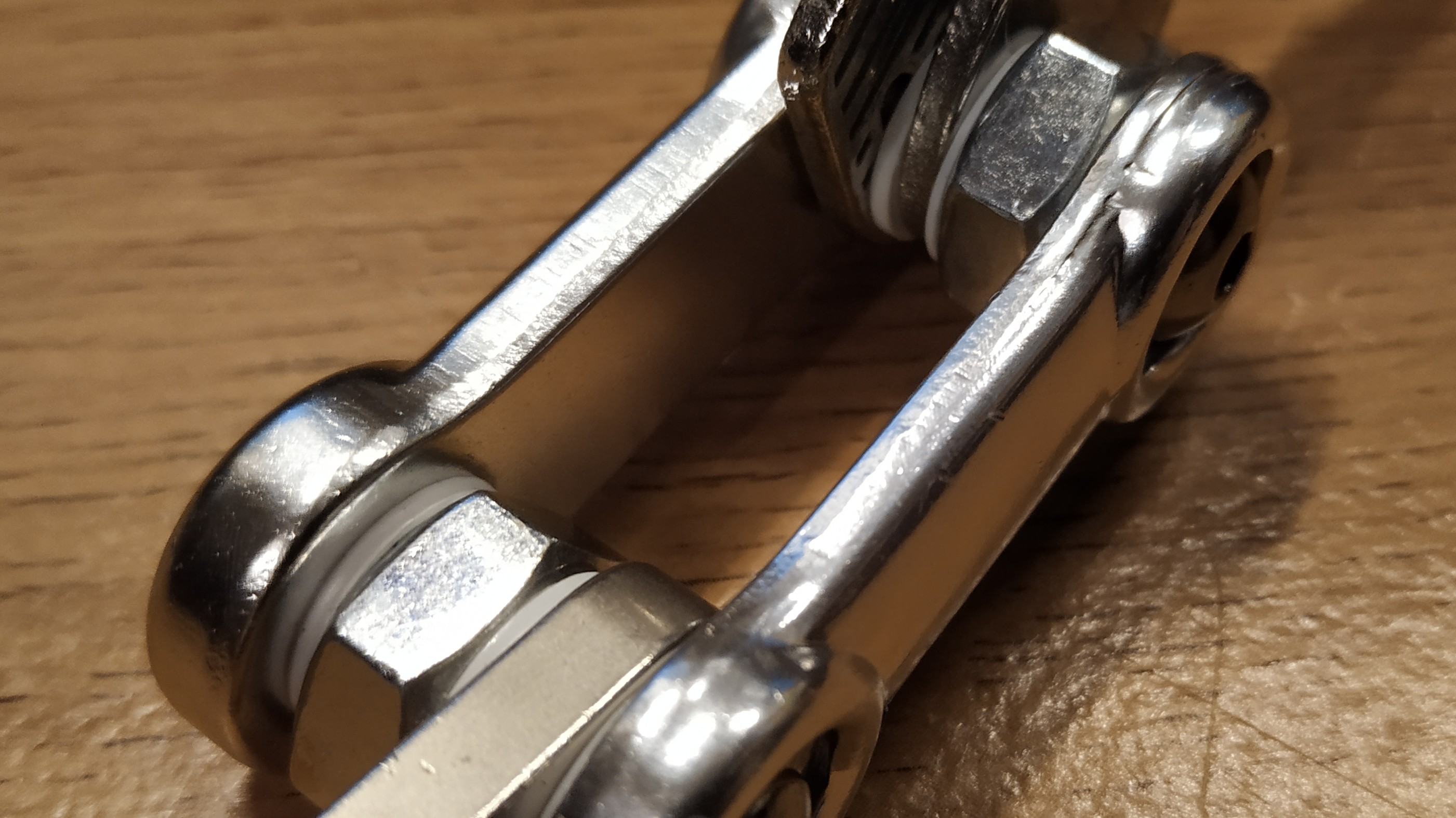 The next step involved me sliding the white spacers between the keys and my USB drive. I made sure that I stacked the keys/USB spacers so that they would be on opposite ends of the keychain and not interfere with each other. But I did not have enough spacers to make everything fit neatly..bother!
So I looked in the bits box and found some M5 nuts that were spares from my 3D printer, and after trying a few combinations it worked! 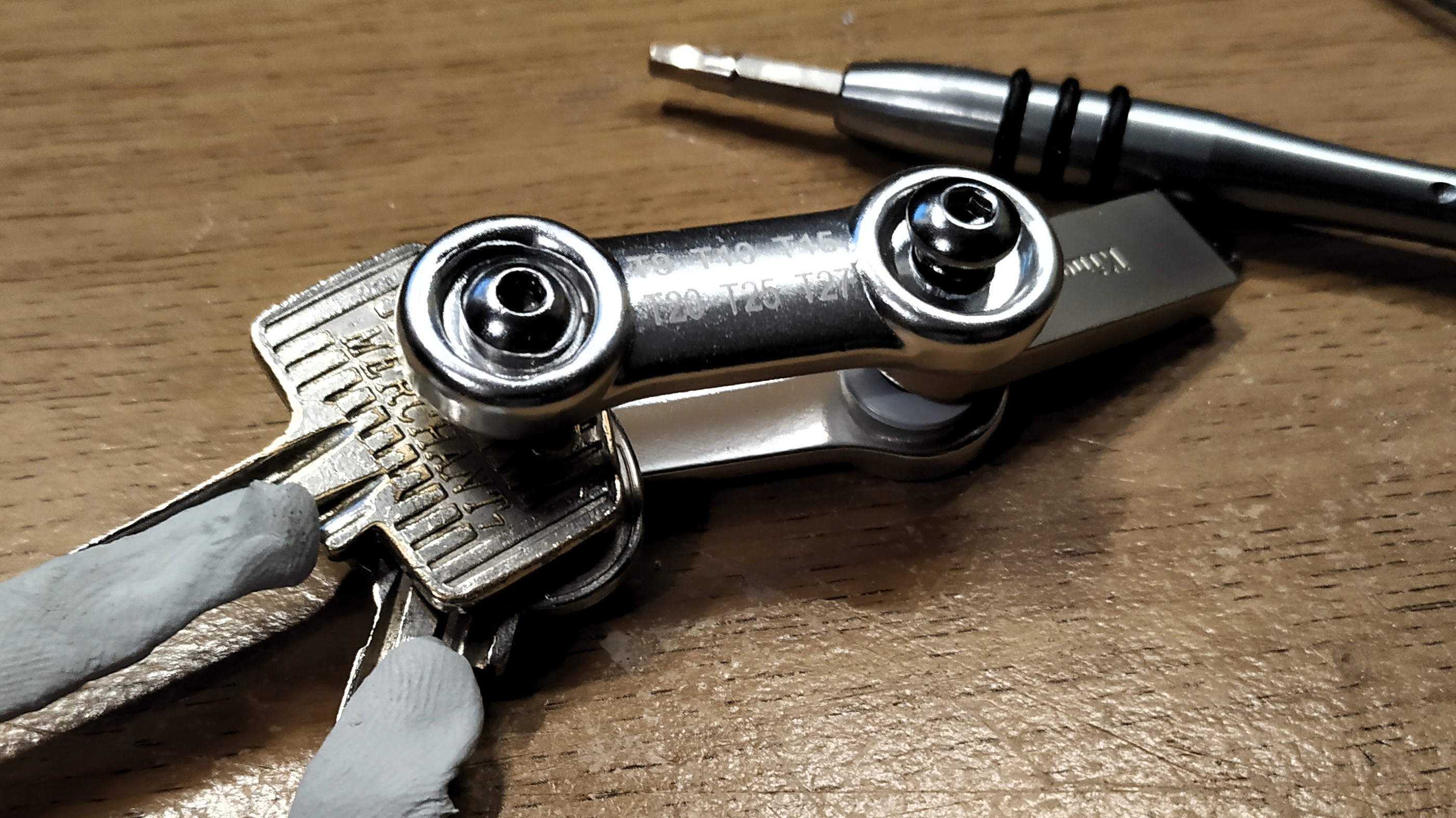 Why the blutack on my keys?
It is possible to make a copy of a key from a photograph and with that in mind I covered the keys to protect them. 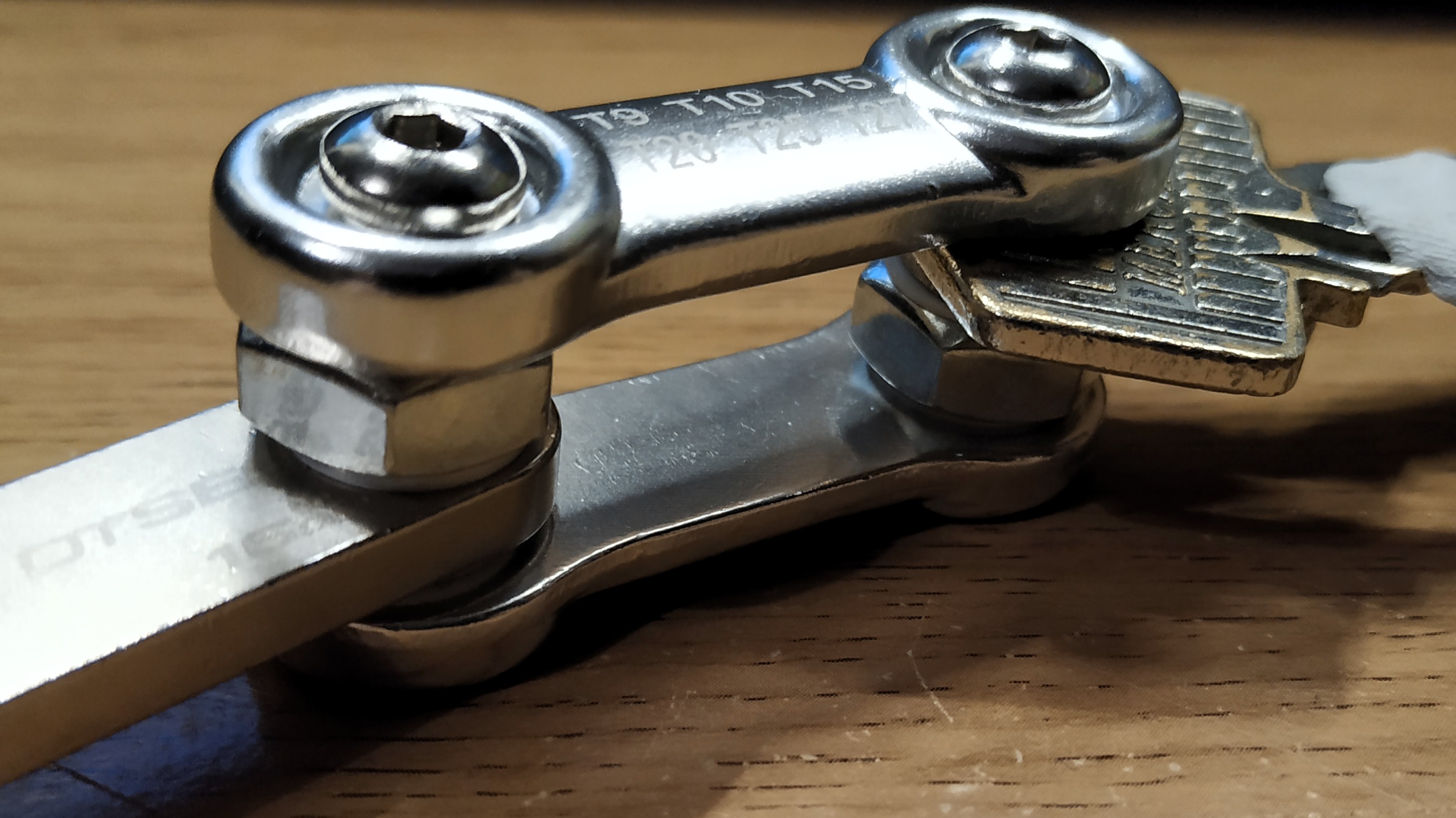 I could now secure my keys in my pocket, along with a spare USB drive for backups / sharing docs.

Create fun and easy to use prompts / menus for your Python projects!

Need to update a kernel but a bit scared? No need to panic with this easy to use GUI tool.