Yes, you read that correctly! Blinking an LED with a C64 and BASIC.

In a previous post you have seen me messing around with a Z80 board via BASIC, well this cemented a long held yearning to learn BASIC and I wanted to learn it via a machine that was a big part of my life, the Commodore 64. So using my Christmas money I bought a C64 to play with.

BASIC but a little more advanced...

I wanted to fulfill two goals.

This made me very happy!
The Hello World of electronics is flashing an LED... So here I am doing that on a Commodore 64! With thanks to @TheProjectGeek breakout board! pic.twitter.com/zQi1agtYiU

So I combined both wishes into one simple project, but I needed something to help connect the real world to the Commodore 64. 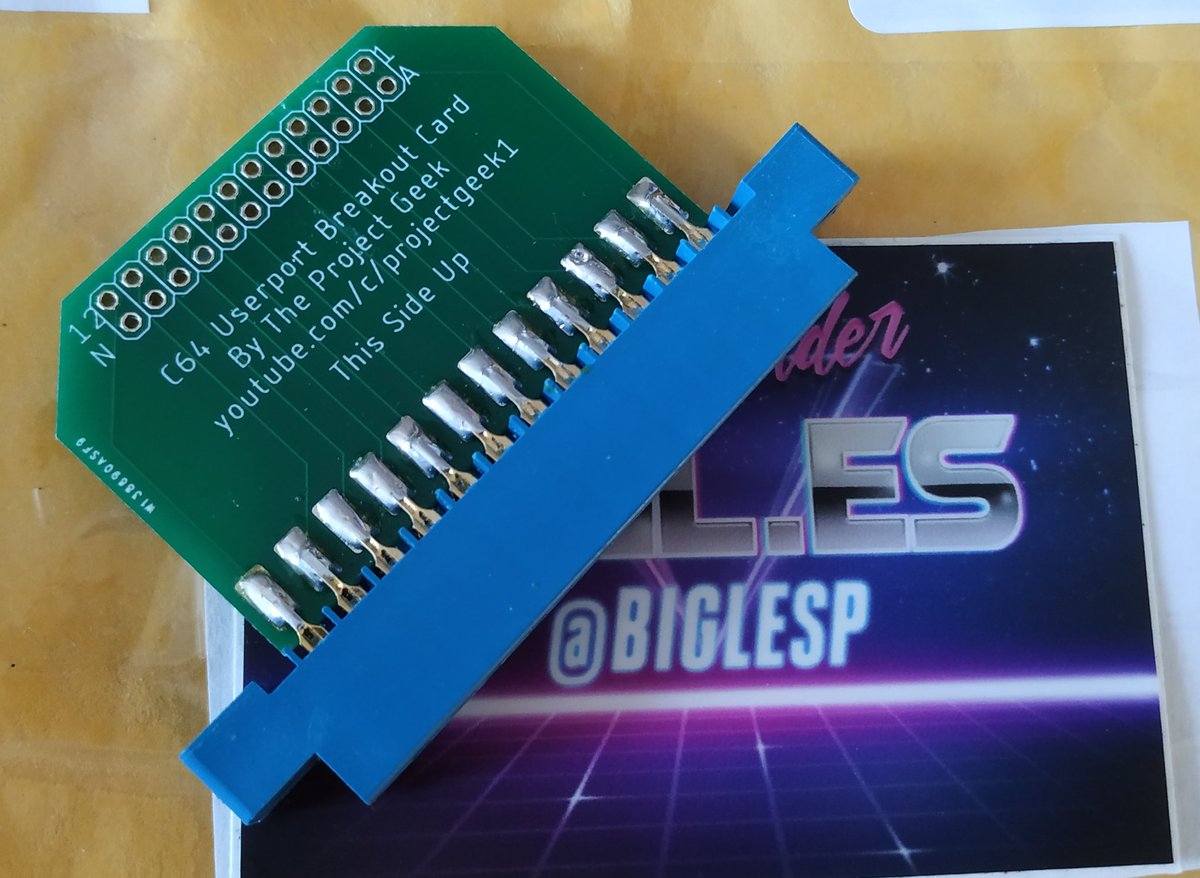 The Commodore 64 has a rear user port, and this can be used to connect electronic components to the C64. You can make your own connector board, but I saw The Project Geek's C64 Userport Breakout Card on sale at Tindie...well it made sense to grab one! 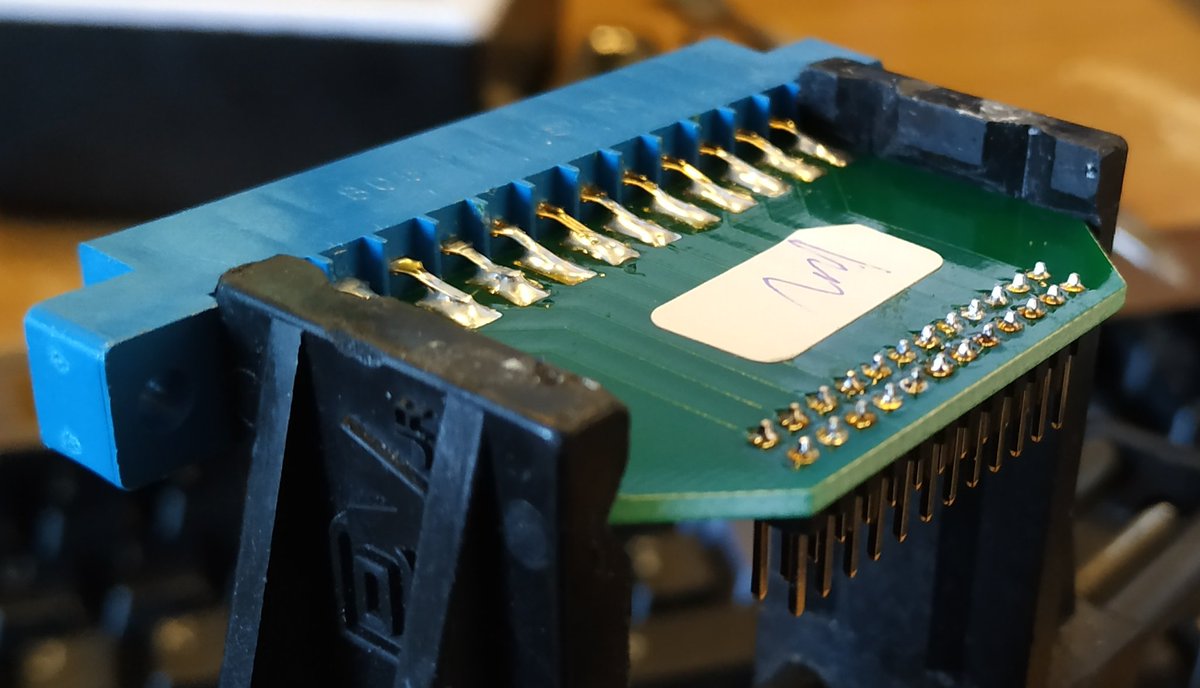 When it arrived, all I needed to do was a little soldering, you can buy them pre-soldered, but I love soldering! 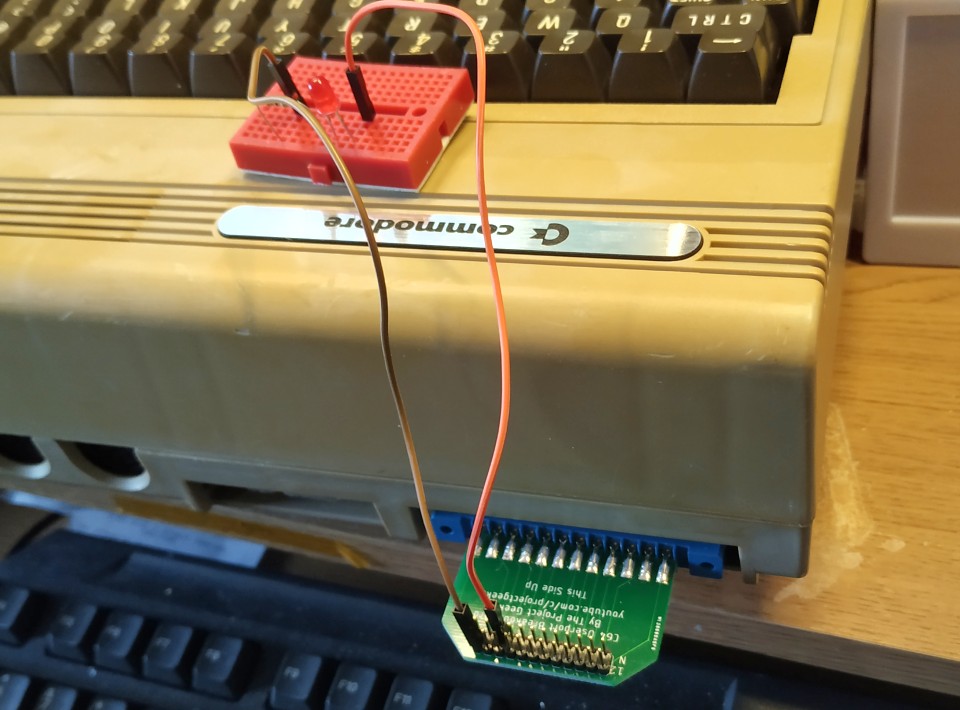 I then plugged the breakout board into the rear of the C64. 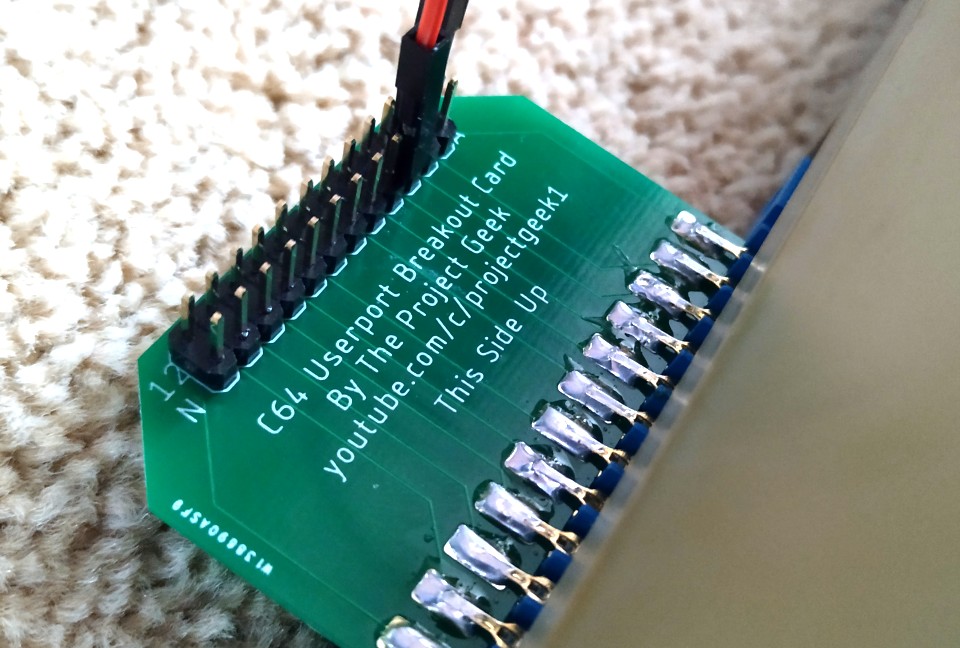 Making sure that the breakout board was the right way up.

Can we make an LED flash now?

For this I created a simple circuit on a breadboard using a red LED, and a 330 Ohm resistor (Orange, Orange, Brown, Gold) which saw me connect the long leg of the resistor to userport pin C (PB0) and the short leg to GND via the resistor. These were connected using the C64 breakout board, which was then connected to the C64 userport.

Powering up the C64 and we immediately see the C64 BASIC screen and from here we are going to write a short project to control the LED.

First I set all of the PB pins to be outputs by using a POKE to change a value store in a memory address. Using 255 sets the pins to outputs, each with 5V available. Take care as a short circuit can be deadly for the C64. If I ever need to set the pins as inputs I can use POKE56579,0.

To set PB0 pin as an output.

To print that I am setting the pin "on", handy for debug.

To turn PB0 on, so that the LED lights up.

Then I turn off the LED, with a quick print for debug.

The last line is to tell the code to loop back to ine 10 and repeat the process.

With the code typed in, I finally typed RUN and watched the LED flicker to life.

Need to stop the code? Press RUN STOP on the left of the keyboard, just above the Commodore key. Want to run the code again? Don't type RUN, just press SHIFT + RUN STOP and it will start!

But wait Les, you didn't set a delay between the LED turning on and off?!

Correct I didn't mention a delay! I'm still looking into the correct way to add a delay, but thankfully we can see the flicker of the LEDs thanks to the C64 being a little slower than a Raspberry Pi ;)
But if you really want to add a delay, then using a for loop is a quick and easy method.
Here is the complete code including a one second delay between the LED blinking.

So there we have it!

A Commodore 64 controlling an LED, the first step in my plan to write a useful physical computing project with the Commodore 64 and BASIC.

Need to upload a file for use in a project? Don't want to faff with Dropbox, Google Drive, servers? Try Filestack, it might just save you some time.

Get live data for trains, buses, coaches, ferries in the UK using a very cool API and a little JSON knowledge.