Want to write an IoT (Internet of Things) application without writing any code? Node-RED is just what you need!

Node-RED is a flow-based development tool for visual programming developed originally by IBM for wiring together hardware devices, APIs and online services as part of the Internet of Things.
Source : Wikipedia

Created by Nick O'Leary and Dave Conway-Jones, Node-RED is an awesome tool and anyone, yes anyone can make something with it. All you need is a web browser and a device with Node-RED. Node-RED uses JavaScript syntax, but we do not have to write any code, rather we link nodes together.

Node-RED can work with

The way that most experience Node-RED is via the Raspberry Pi, as it comes pre-installed in Raspbian. If you would like to use it in the cloud then you can, more details on the Node-RED website.

As with any programming language, Node-RED has some terms that we need to understand.

So show me something!

In my case I use Node-RED on a Raspberry Pi. To start Node-RED on my Pi I typed the following command in to a terminal.

I also set Node-RED to start on boot by starting it as a background service on boot.

This can be disabled using.

Here is a simple Hello World. That uses two nodes.

The inject node is used to insert data into a flow. 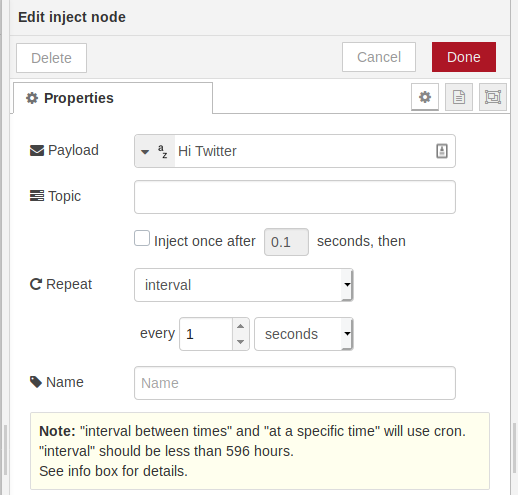 The configuration for the inject node is accessed by double clicking on the node. 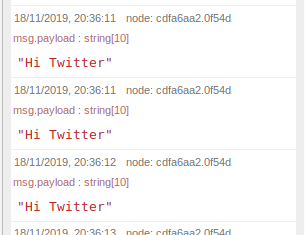 The debug node is used to show the output in the debug tab.

So is that it?

Here is another flow which uses a switch node, similar to a if...elseif...else conditional which will route the message based on the contents. 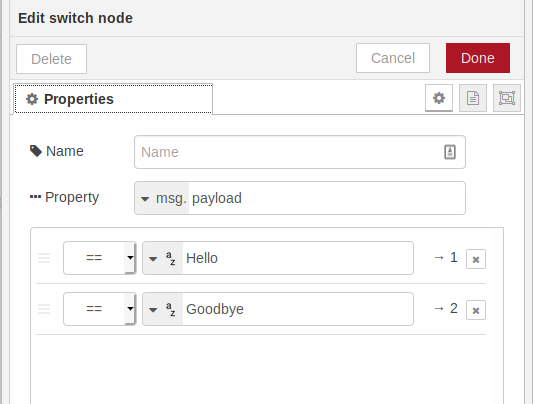 Make an LED turn on and off!

Yes you can control the GPIO of the Raspberry Pi!
The on / off inject nodes are used to send the number 1 (on) and 0 (off) directly to the rpi-gpio node.

In this case the rpi-gpio node is configured to use GPIO 17 as an output. so if I can control an LED, then I can control ANYTHING!

So how can I add extra packages

Using the top right menu, look for Manage palette and in the new menu click on Install and search for a package. Here I install a GUI menu creator, the same as used in my Christmas tree project.

Sometimes the installation may fail, but fear not

So now go and have fun with Node-RED 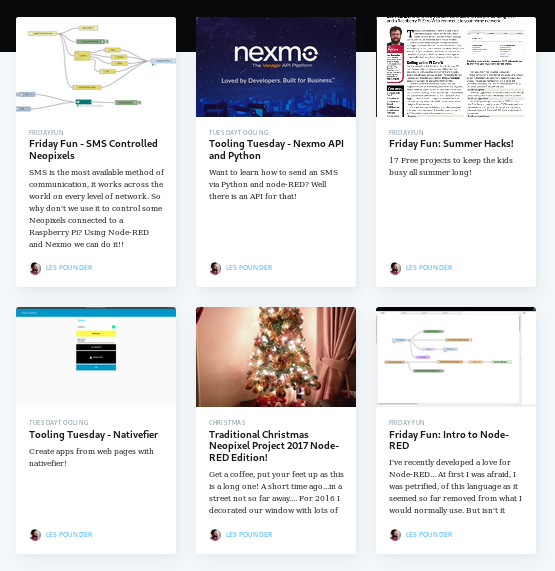 Here are six further blog posts where I have used Node-RED for a project.

Want to send messages across the world to multiple devices? Well MQTT is what you need

A quick hack to send messages from one PC to another via BASH!