Simulate a microcontroller, a circuit, a project, from the comfort of your sofa.

So What is it?

Wokwi is a project to simulate IoT projects in the browser. Hat tip to Heeedt for telling me about this.

So What Boards Does it Simulate?

So How Does it Work? 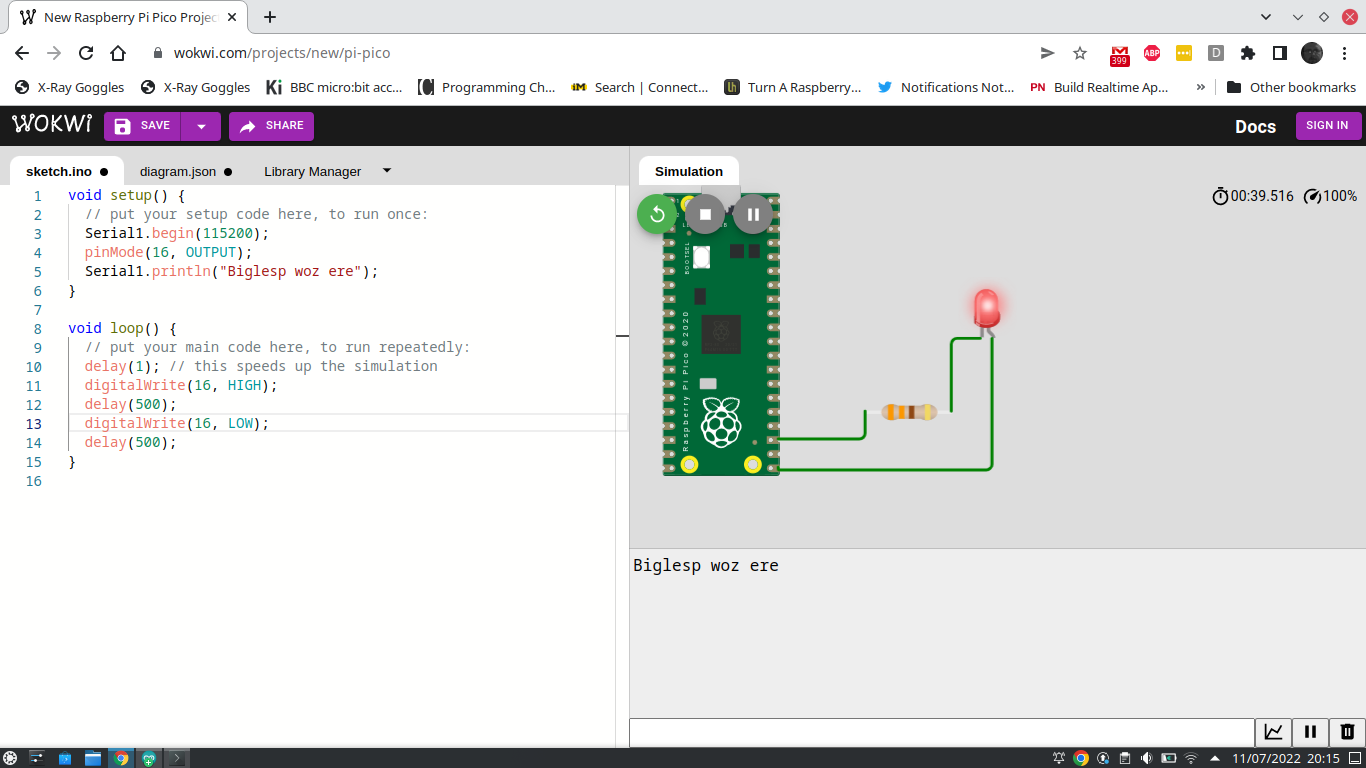 It really is easy. You click on the board, and it opens a new simulator. For my test I opened a Raspberry Pi Pico, and I was presented with the Arduino / C++ language on the left of the screen, on the right was a virtual Raspberry Pi Pico.

The left screen has three tabs. The "sketch" where we write our code. "Diagram.json" which is a text file containing the components in our circuit. Finally we have a library manager, which shows any installed libraries for the project.

I wrote a little code to print a message to the serial console, and to flash an LED connected to GPIO 16. 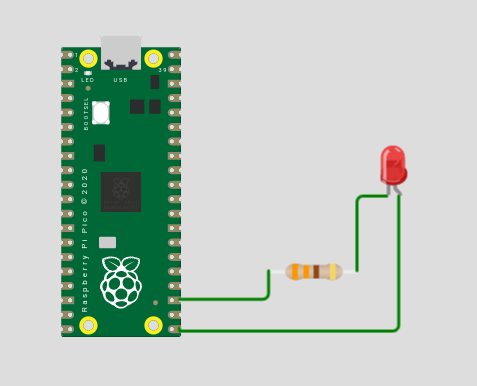 I then wired up a circuit, an LED with a 330 Ohm resistor. Wiring up is similar to Fritzing, if a little clunky. You click on a GPIO pin, component etc and then draw it to where you want to go. Clicking as you move to the destination adds a bend.
Components are contained in a list found under the + symbol. 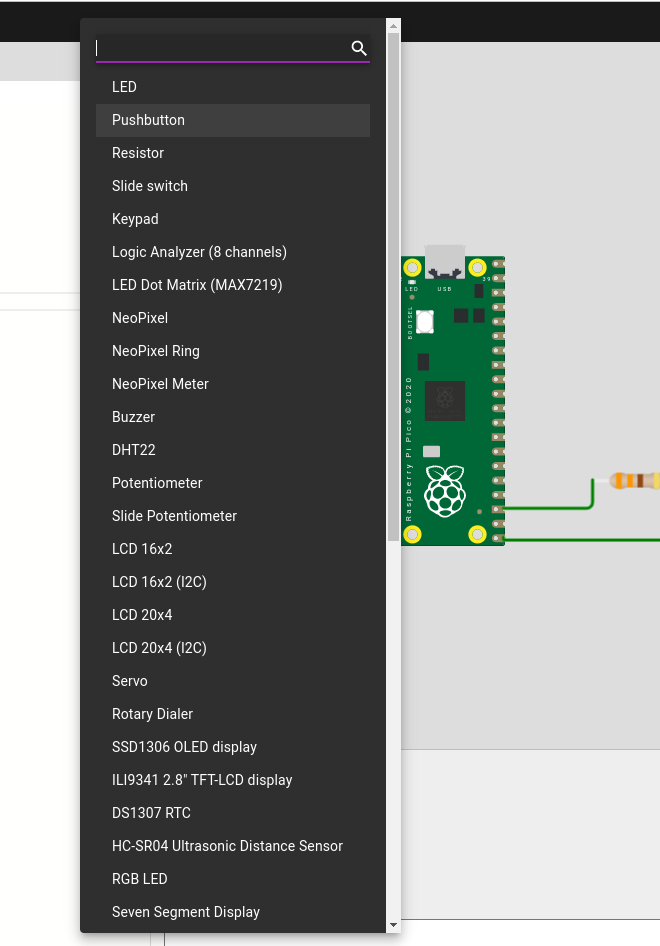 Choose your component and then place it in the circuit. We can choose the colour of the component too. 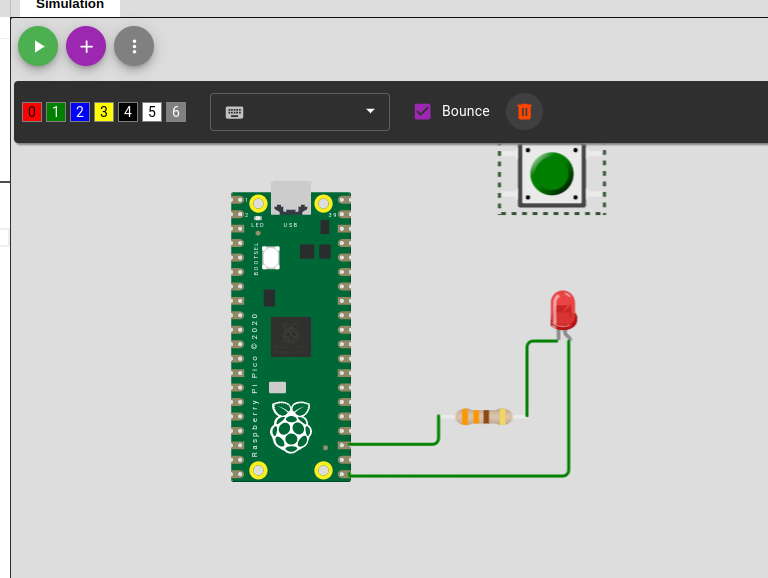 All of the wiring and components are saved as a JSON file, which is rather handy to refer to.

Projects can be saved, and downloaded as zip archives. The code can then be used on real devices.

CircuitPython on a Raspberry Pi Pico

Hidden in the main screen is an option to run CircuitPython (my favourite way to hack) on a Raspberry Pi Pico.

I downloaded the example NeoPixel code from Adafruit's excellent resources.
I tweaked the code to use GPIO 16 and connected a virtual NeoPixel ring with 16 pixels. 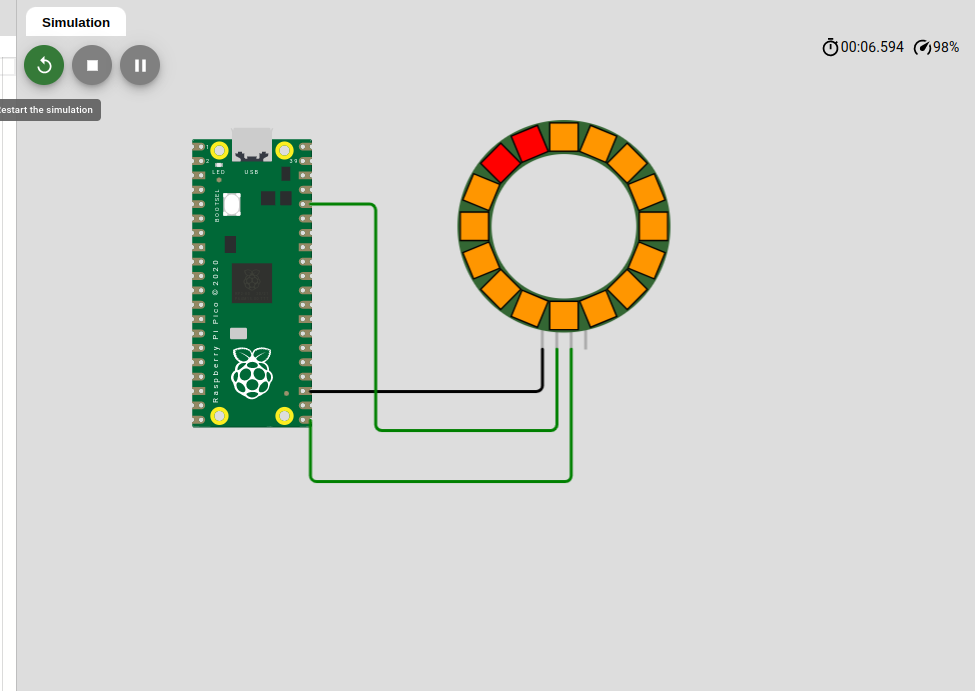 In order to use the NeoPixel I need to install two libraies. Wokwi doesn't provide these, sadly. So I visited circuitpython.org and downloaded the Python library package, then I uploaded neopixel.py and adafruit_pixelbuf.py to Wokwi. With all that done, I pressed start and the simulator kicked in and I saw blinkies!

I like Wokwi. It has enough functionality to be useful when on the move and we can download our code for use with real devices.

Create simple and elegant HTML web apps using Python, and yes you can use this with the Raspberry Pi!