Yesterday at Liverpool Makefest, which incidentally was great, I spoke to a young man who wanted to use the Raspberry Pi to control his petrol powered radio control car.

His first idea for a project was to monitor the temperature of the engine, so he purchased a DS18B20 sensor from ABX Labs (aka Electronics Sweetie Shop) but didn't know how to use the sensor, so this post was triggered by that conversation.

With your Raspberry Pi turned off, build the circuit as per this diagram.

The DS18B20 is placed into the breadboard so that the flat side faces you. 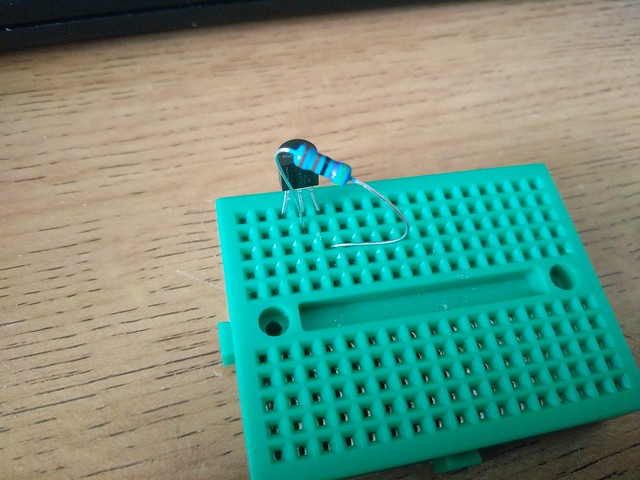 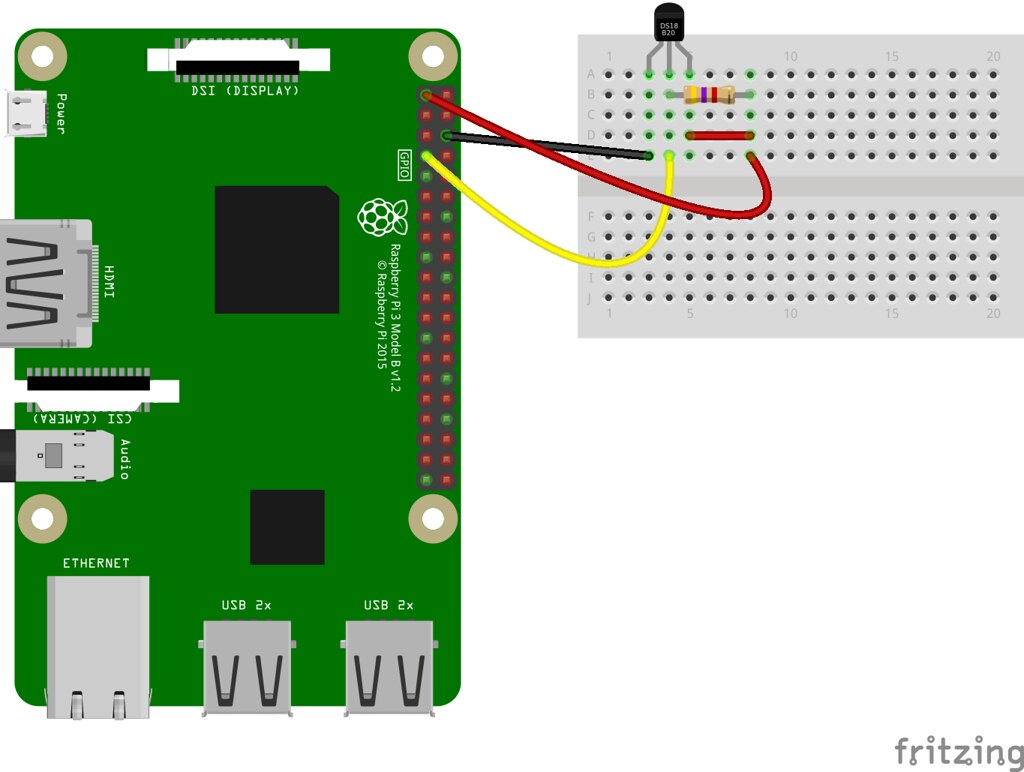 Now attach your keyboard, mouse, HDMI and power to your Raspberry Pi and boot to the desktop.

We now need to take two steps to enable our DS18B20 for use.

When the terminal opens, enter the following to install the library, just press ENTER to start. 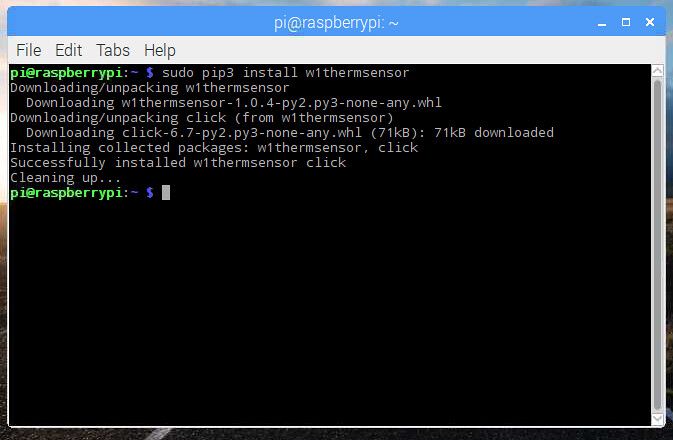 That's it, now you can close the Terminal window.

The DS18B20 uses a 1 wire serial interface, this is the middle pin of the sensor, that is connected to the Raspberry Pi via the yellow wire in the diagram. We need to tell our Raspberry Pi that we are using this pin and to do that we use the Raspberry Pi Configuration tool, found in the Preferences menu. 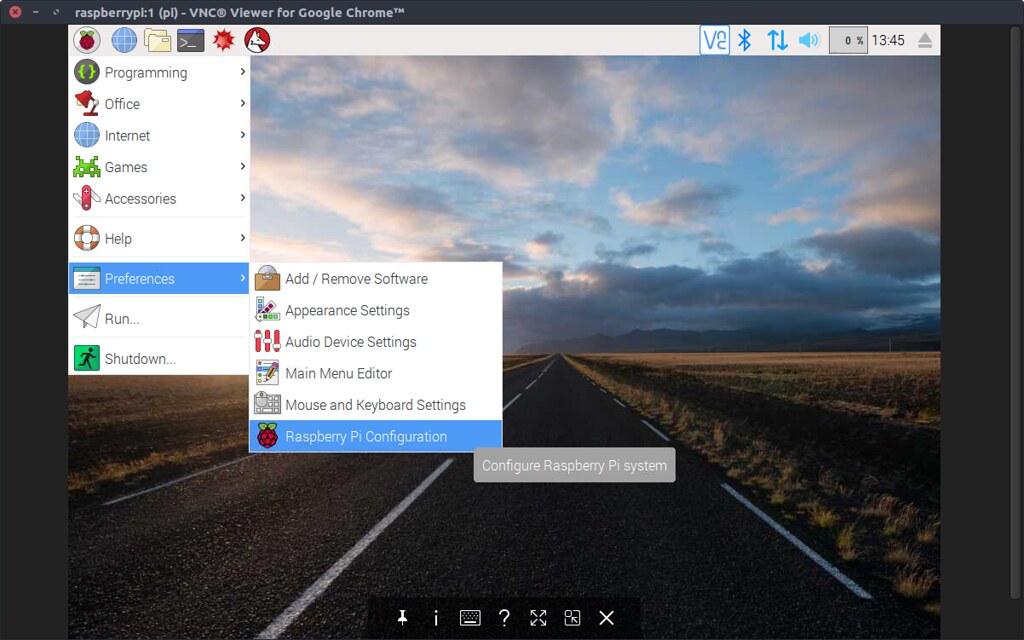 When it opens, click on the Interfaces tab and then click on Enable for the 1-Wire interface. 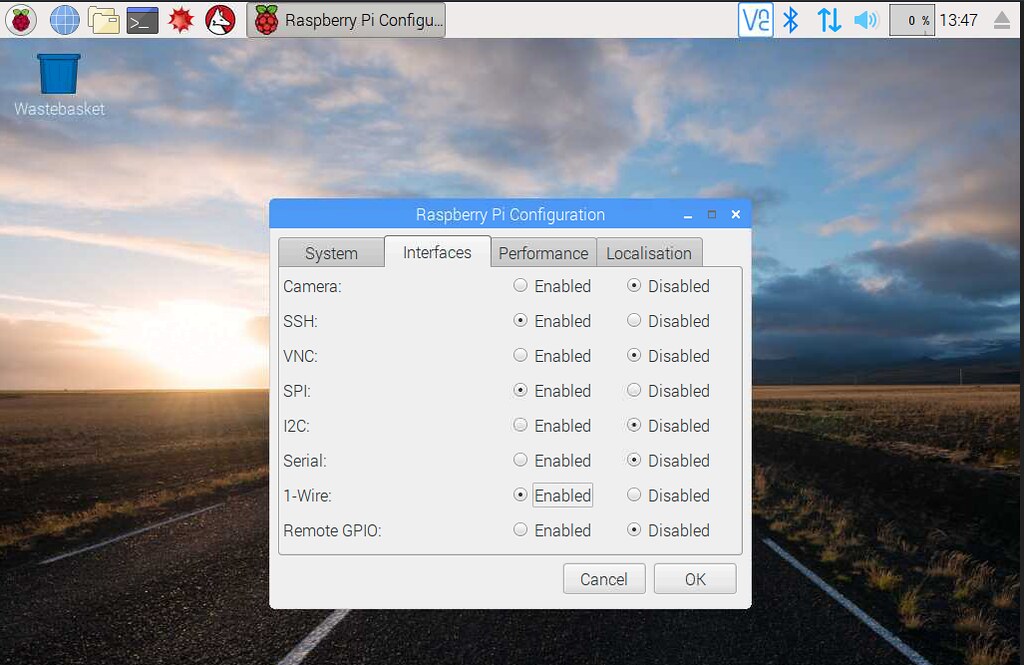 Now click on Ok and you will be asked to reboot, so go ahead and do that, and let the Raspberry Pi reboot to the desktop. 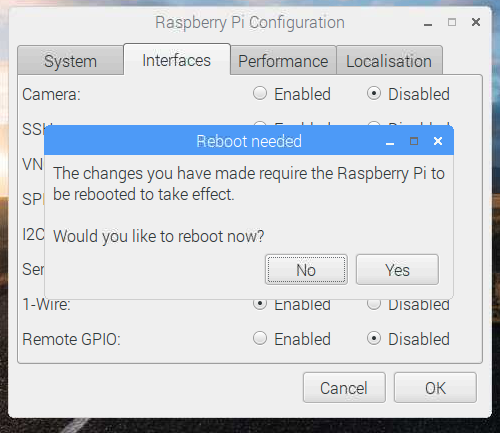 Our project will gather the temperature from the DS18B20 sensor every one second and print it to the screen. The code will run forever.

To write the code we shall use the Python 3 Editor found in the Programming menu. 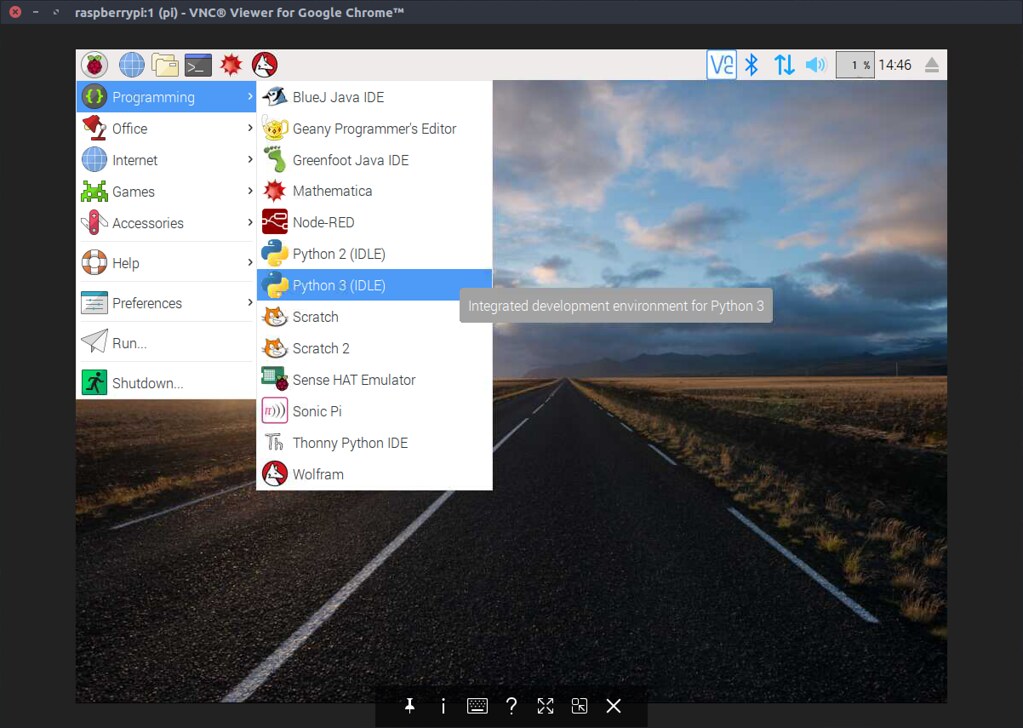 The first step in any Python project that uses libraries is to import the libraries that we wish to use. In this case we import time to control how often the sensor data is collected, and we import w1thermsensor to enable our project to talk to the sensor.

So lets import the libraries.

Our next line is to create an object to store a connection the sensor. So rather than typing W1ThermSensor() everytime we want to use the sensor, we store the connection in an object called sensor.

Running in a loop

We'd like to get the temperature sensor data every second, and run forever. So let's use a while True loop to run the code inside of it forever.

Now the next lines of code are indented, this is how Python shows that this code belongs inside the loop that we have just created.
The first thing to do in our loop is to get the current temperature from the DS18B20 sensor, and then store it in a variable called temperature. Variables are boxes / containers into which we can store any data.

Now that we have the data, lets print it to the screen using the print() function. But lets use the data in the form of a sentence that will tell the us what the temperature is in celsius. For this we use a little Python trick called string formatting, where we would like the temperature data to be printed in the sentence, we use an %s which will format the temperature data from an float (a number with a decimal place) to a string (text, characters that can be printed but not used in any mathematical equations)

Our last line of Python code will tell the Raspberry Pi to wait for 1 second between taking a temperature reading.

That's all of the code, so make sure that you save your work.

Check that your code matches the code below before moving on. 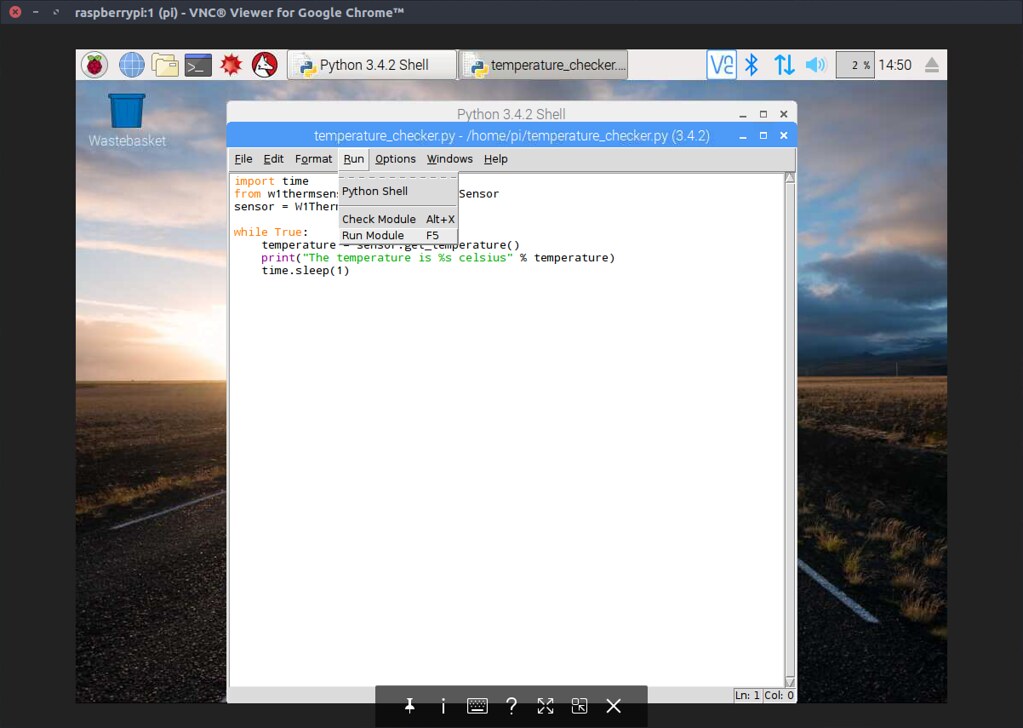 To run the code, click on Run >> Run Module and you will see the Python Shell window pop up and start displaying temperature data! 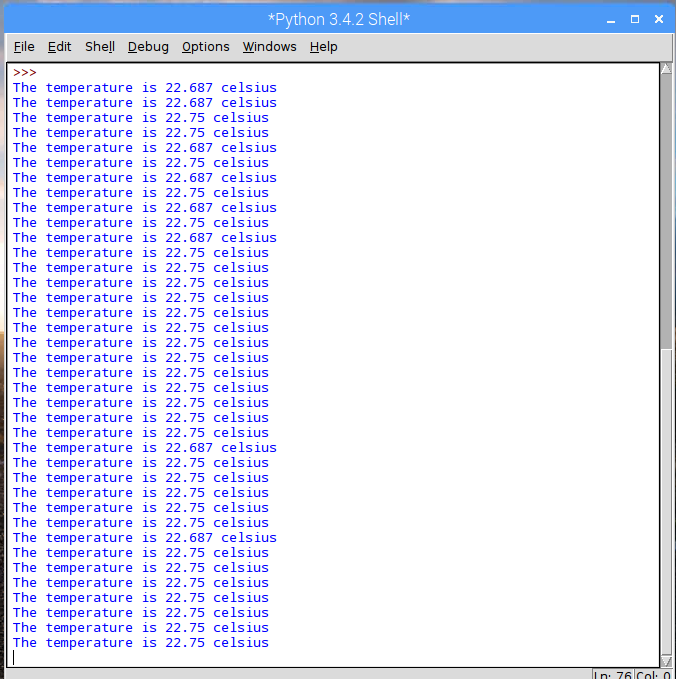 Congratulations, you have completed the project!

Yeah that's the Greggs logo in a QR code for this website QR codes, (Quick Response), are all around us. We see them on adverts, newspapers, drinks bottles. They are a quick way

I'll come out and admit it, I am a news junkie, have been since I was a teenager. I like to keep up to date with what is going on, across a variety