Need to read a PDF file into your project? You got this!

PDFtotext from Jason Alan Palmer is a Python library to extract text from PDF files. It works with most PDF files including password protected files.

Debian / Ubuntu
First ensure that you have all the dependencies.

Open your favourite Python editor and lets get started.

Load the PDF file into Python and read it into an object.

For every page in the PDF document, read it and print it to the Python shell / REPL.

But I want to read just a specific page!

This will read the first page of text, just change the number to get the correct page.

Can you use it for something a little more useful?

Perhaps we can build a quick project to read a PDF and then store the document as an audio file for playback in a media player.

For this I am using Google Text to Speech, which I covered in an earlier Tooling Tuesday :)

We start by importing three libraries.

To open a file which I specify in the terminal as an argument, I tell Python to look for argv[1] which will be the filename. The contents of the PDF are read into the object f.

Next I create an object called document and in there I store the entire PDF as one big string! This is then sent to tts to be converted into audio.

The audio is then saved to an MP3 file, which shares the same filename as the original PDF document. I also added a quick print to say that the file is being saved.

I saved the code and then opened the terminal to where the code was saved, and also where a test PDF was stored.
I ran the code. 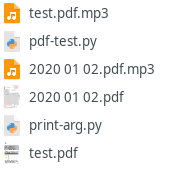 And after a few moments I found an audio file in the directory which I can play in a media player. 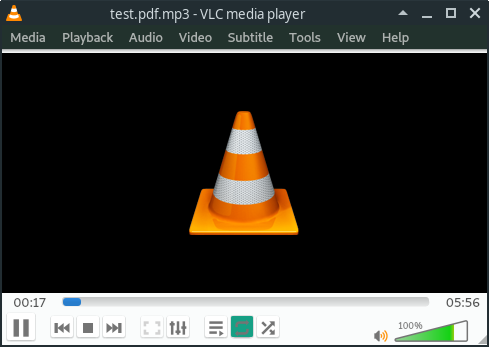 Taking it a little further

I wanted to make a system wide command out of this project, so I added a line at the top of the Python code to tell Python where to find the Python 3 interpreter.

Then in the terminal I changed the file permissions so that the file can be executed as an application.

Now typing the command pdftoaudio and passing the file name of the PDF will create an MP3 of the PDF in the current directory.

It may be late, but this blog post is fresh! Create easy pop ups in any Python project using very little code!

Connect to a serial device, then disconnect, the connect and carry on as if nothing happened!