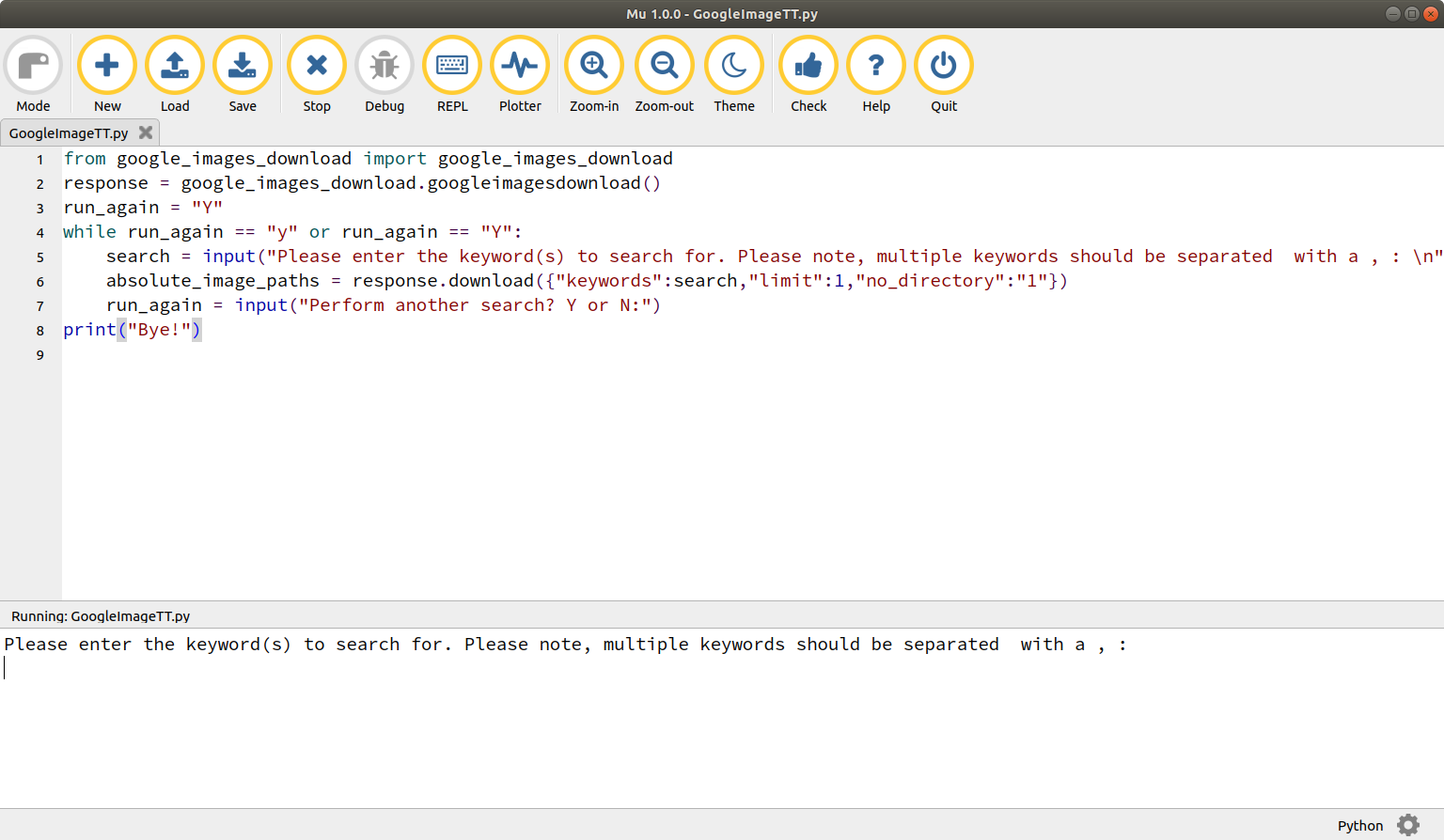 We must spend days of our lives searching for images on Google. That picture of a duck on a pond, the cat pic where it is stalking like a ninja.

But sometimes we want to automate looking for pics, and then we turn to Python and typically the requests library and a little Python-Fu!

But what if we could do it a little better?

Goolge-Images-Download, a Python library to search and download images from Hardik Vasa

How can I install it?

From the Terminal / CLI

-k Keyword to search for.
-l Limit, how many images to download

Your download will be saved to a folder called downloads inside the directory where the command is run. But this can be changed.

So how can I do something useful with it?

I sat down this morning and wrote a little script in Mu v1.0.0 (you should really download that and have a play) that asks the user for their search term and then runs a Google image search using that keyword(s).

Here is the code

First the imports and setting up our response object.

Then we create a variable called run_again later used to capture if the user wants to use the script again.

Next up we use a while loop to check if the user wants to search, first time is always yes. We check to see if the run_again variable has a "Y" or "y" using "or" logic.

So now we create a new variable that will store the search term / keyword that the user wants to search for. This is saved as a string.

Still inside the while loop we ask the user if they want to search for a new keyword, if so the loop repeats, if not, we print "Bye" to the REPL and the script ends.

Need to detect gamepad input in your Python project? Well take a look at this library which offers just what you need!

Create colourful and artistically lit photos with < £10 of equipment and a little code.