A tiny microcontroller that is compatible with the Arduino IDE. It comes in many different forms, some connect via micro USB, some direct into your USB port. 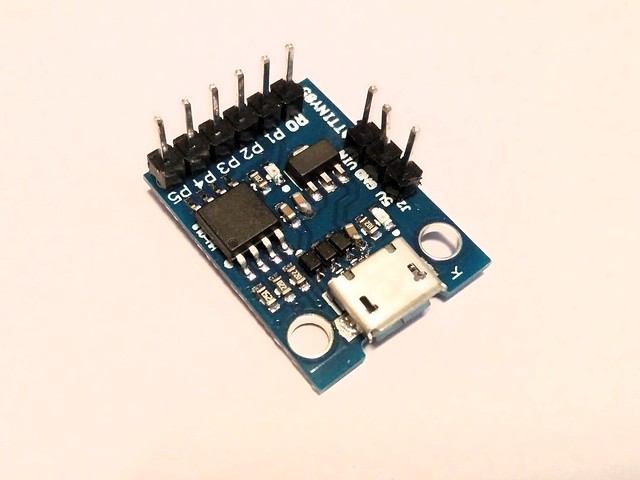 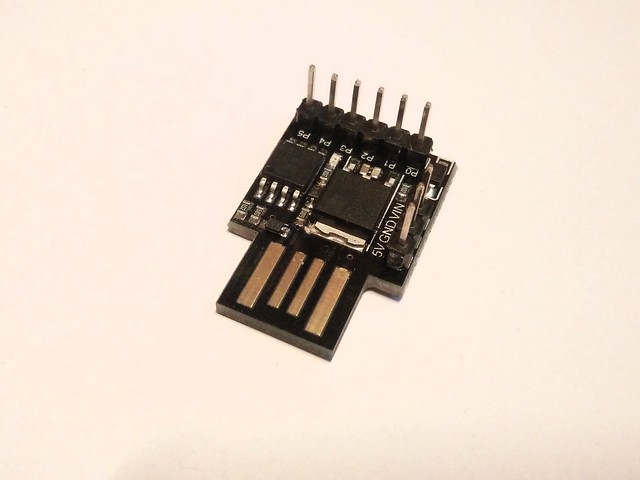 This is a Digispark clone board that connects directly to USB, note that sometimes these can be wobbly in your USB port.

What can it do? 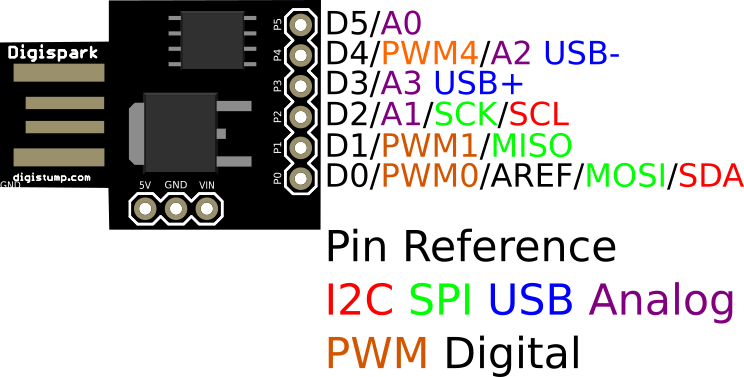 My crude pinout created in Inkscape

The ATtiny85 may only be tiny, but it can provide many of the functions found in much larger microcontrollers.
From the total 6 IO pins we have a combination of

This is plenty to use for many applications, in fact I recently made a quick hack to show how WS2811 LED (Neopixels) could be used with the board to illuminate a boring old LED cinema sign from #Pounderland (write up for that will be a Friday Fun project!)

I bet they aren't cheap?

You are sooo wrong, these retail for about £2! You can purchase them from Abx Labs, a UK based seller who travels from Maker Faire to Maker Faire selling cool and cheap electronics.

Where can I learn more? 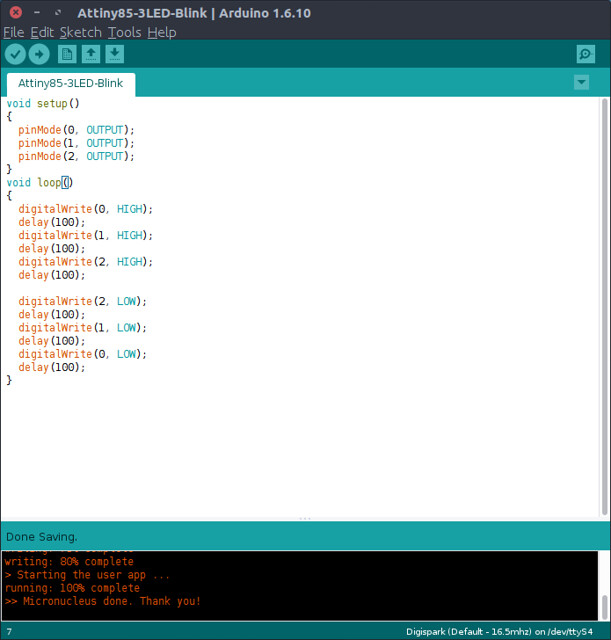 I've written an introduction to using the ATtiny85 for the Electromaker website. In the guide I show you how to configure the Arduino IDE to use the board, then we create a simple demo project using a few LEDs.

Pick one up, have a go, it'll cost you less than a skinny macchiato latte with those posh little biscuits.

JK Rowling's Harry Potter is famous the world over, and in her world of wizards, witches and sorcery we have little details that make the world rich with magic and mystery. One of

NTP, Network Time Protocol is the theme of today's post! This isn't the be all and end all, font of all knowledge blog post. Rather an aide memoir. What is NTP? Network Time