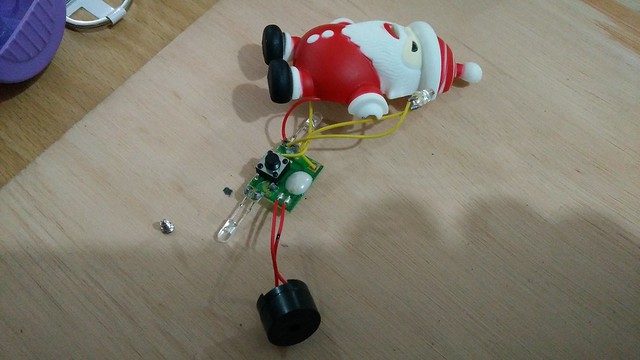 My love for cheap electronics is well documented and the various Pound shops in Blackpool feed my need quite well.
Today at Blackpool Makerspace I worked with young hacker Josh to build a Christmas Ray Gun!
Using a Santa badge that plays Christmas songs and lights up a series of LEDs merged with a toy gun that makes a noise and lights up.
Now at the press of the trigger the gun shoots Christmas tunes and flashes an LED along with the music. 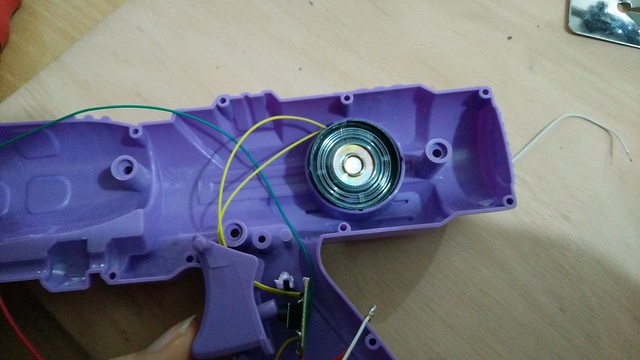 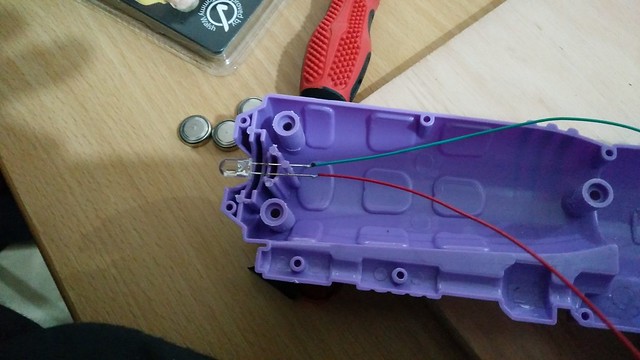 We then desoldered the LEDs from the Santa board, and replaced them with one LED present on the gun. 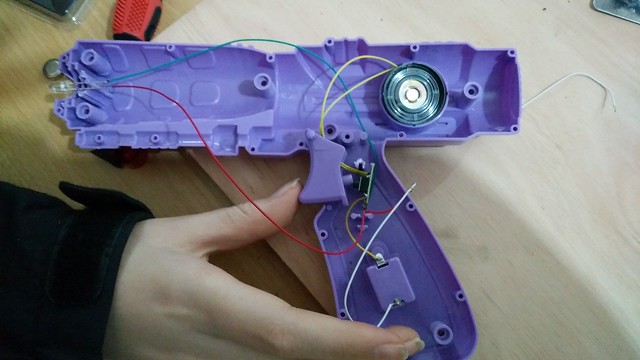 Next we soldered the control board to the battery compartment and seated it into the trigger point in the handle.

The solder used for these toys is rather cheap and an extraction fan should be used, along with goggles.

It took us around 40 minutes to finish the hack, not bad considering we had no plan and did a "seat of the pants" hack :)

As you may already know, my Wife's aunty had a stroke in July 2015 and this has had a major impact on our family. I won't go into too much detail but suffice

To my crew, Your hard work and enthusiasm has made Oggcamp 2015 the best Oggcamp ever and I am proud that you are my crew. It is heartening to see that so many