Before a migraine struck me down, I was in my local Poundland and found a "disposable mobile phone charger."

In reality it is a 650mAh LiPo battery in a small square case. It can output 5V @ 1A but once the cell is depleted, it is to be thrown away. 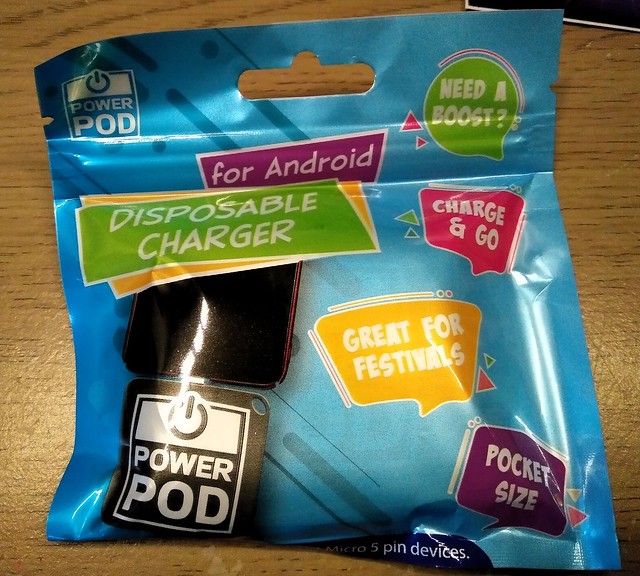 I hate the fact that people buying this will do just that, bin it! Not even recycle correctly as per local council guidelines. Just toss it in the bin and think nothing of it. As a maker I try to reuse as much as I can. Hence I wanted to tear one of these down, and reuse the internals. 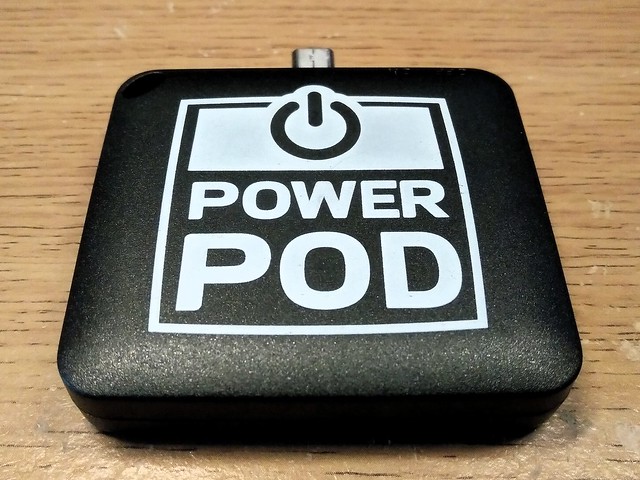 I purchased one to take a look at the inside. 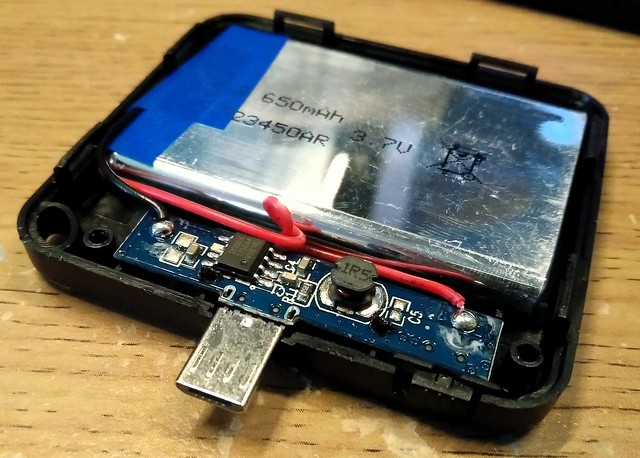 And the inside is very sparse. We have a single thin 650mAh battery which connects to a PCB via two wires, red (positive) and black (negative.) On the PCB there is an inductor used to boost the 3.7V LiPo to 5V. But the output of the LiPo is actually around 4.2V! 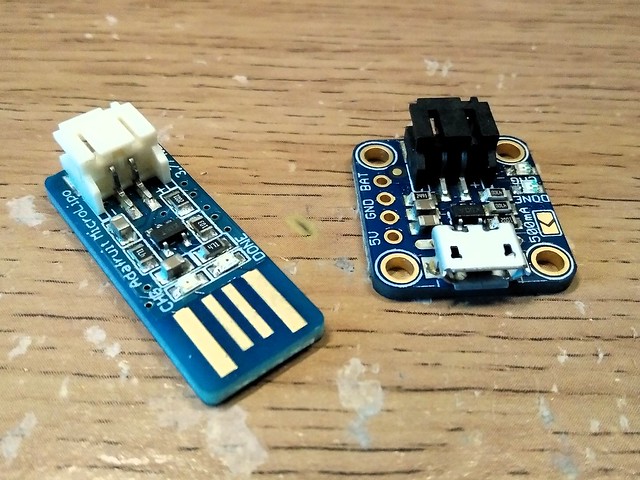 The PCB would be useful for boosting up any input voltages to 5V. But the throw away battery...? Well we can charge that with an Adafruit LiPo charger.

Do be careful charging LiPo batteries, especially this one as it has NO protection circuit. So use a proper charger, like the Adafruit board I used. 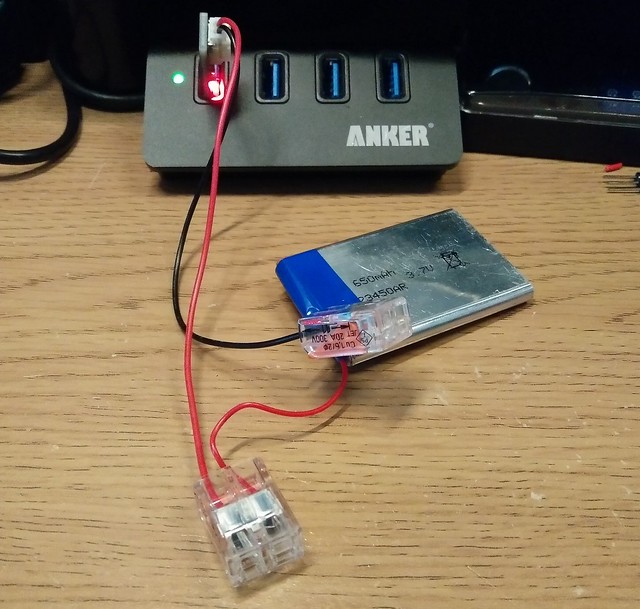 For a quick test I wired up the charger to the battery using Wago connectors. Damn easy to use and safe!

So for £1 (they are marked at £2 but scan for £1) we have a reusable LiPo battery and a small boost circuit! Oh and a plastic case for something. 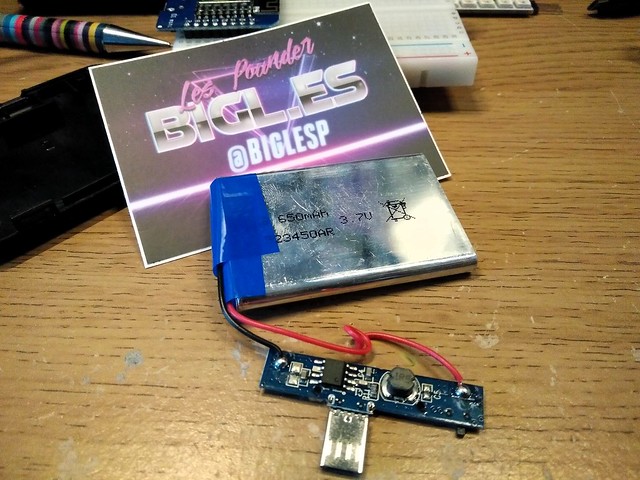 And the battery has been fully charged using my @adafruit LiPo charger. Saved another battery from landfill! #pounderland pic.twitter.com/Rtyy55nxcF

I've just tested the PCB and a supply of 3.3V is boosted to 5.1V so a couple of fresh AA batteries should just be enough!
I tried to power a Wemos D1 Mini and it did power it, but not a conclusive test as yet. Further tests later this week.

Can you find Blackpool Tower with just three words? Well now you can!

Learn how to use MicroPython on a $2 board...oh and blink LEDs!