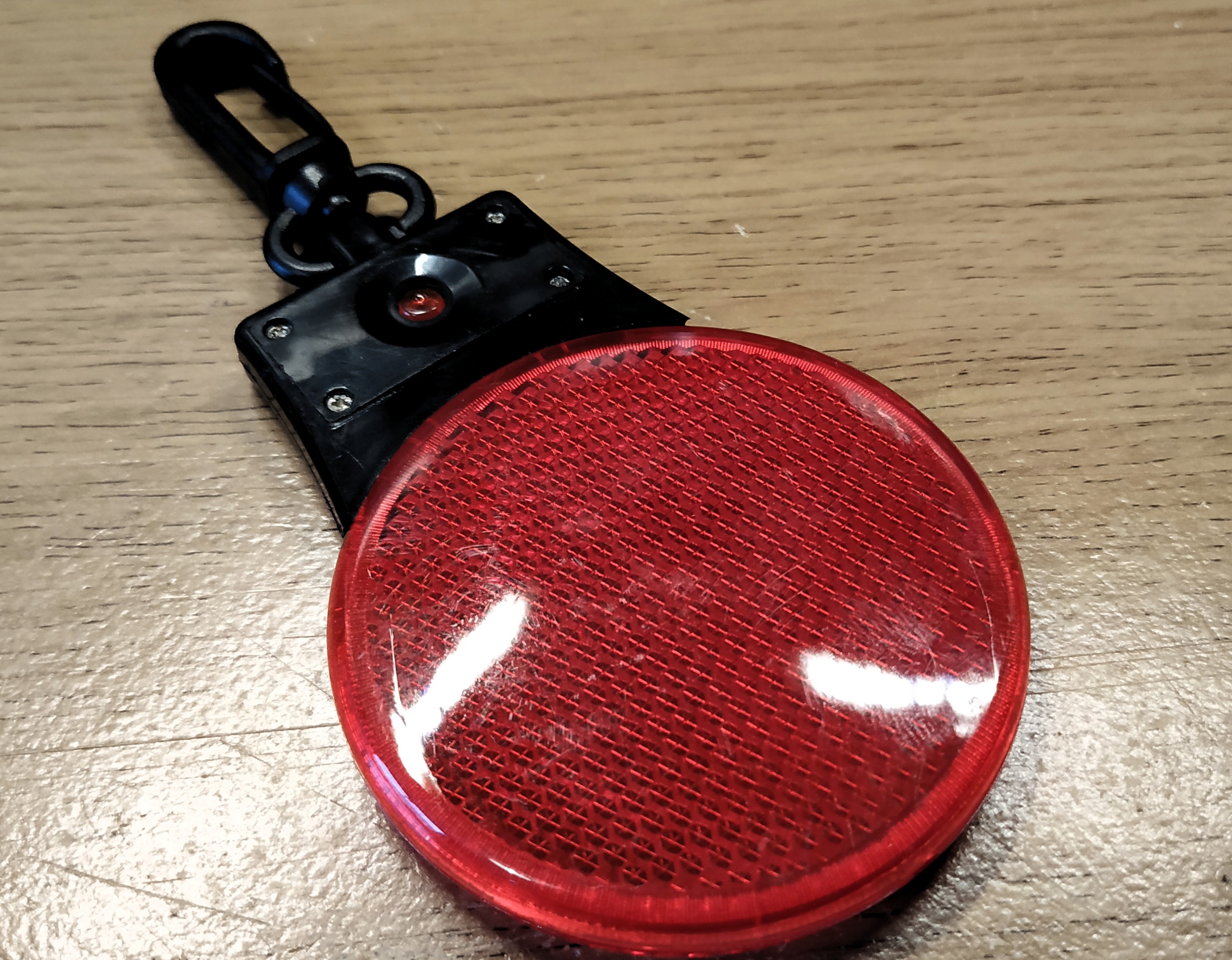 For a quick hack I found a bike light in Poundland. This light has three modes. Fast pulsing flashes, slow flashing, and always on. The LEDs are a pair of flat square red LEDs that fit well inside the case.

But what I wanted to do was use this circuit to power a string of lights, in fact I used the micro LED rice lights that I salvaged from the sound reactive project.

To build this project you will need

The bike light is powered by two AG10 1.5V coin cell batteries, which gives 3V of power to the LEDs. As you can see in the picture their polarities are clearly marked on the circuit board. 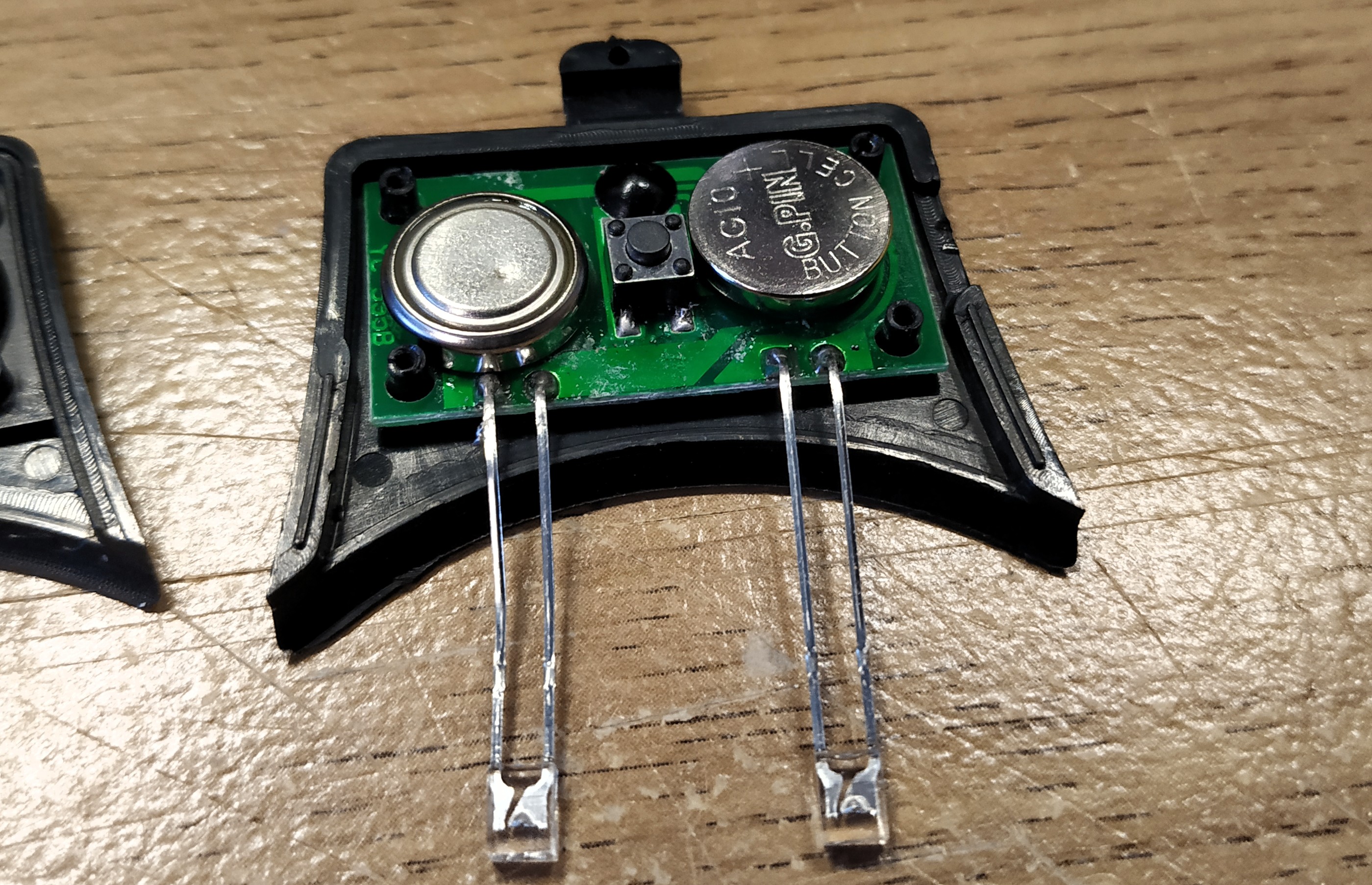 The circuit is simple. 3V is supplies by the battieres and it powers a chip, which has been covered in epoxy so we cannot identify it. A momentary switch is used to change the speed at which the LEDs are pulsed. The LEDs can be easily desolderd and replaced with a string of LEDs, for example the micro LEDs. But note that the brightness of the micro LEDs will be much less than the single LED due to the amount of current they require versus what the board can deliver. I'd love to know the ID of thechip under the epoxy, to see how far it can be pushed. 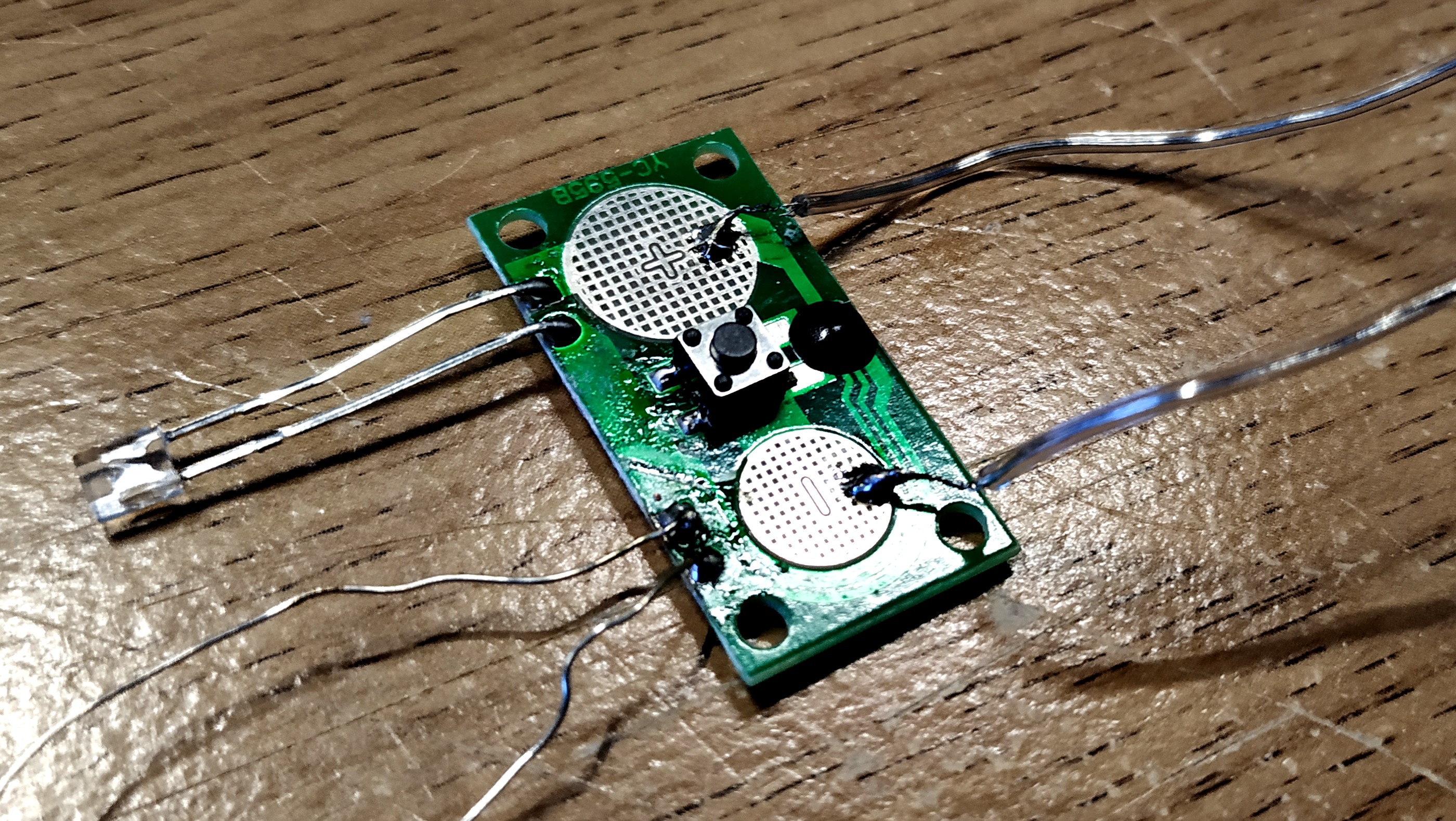 And it all looked like this when connected. Sure the soldering is not fantastic, but I can clean this up and do a better job for the final project.

Grab some cheap Poundland LEDs and learn how to use them with your micro:bit. This post is a reference source for those taking part in my Bett workshop. But anyone can have a go.

Hack the halls with Pounderland gadgets..tra la la.... I popped to the Poundland sale and got 75% off an LED star...ready for hacking!