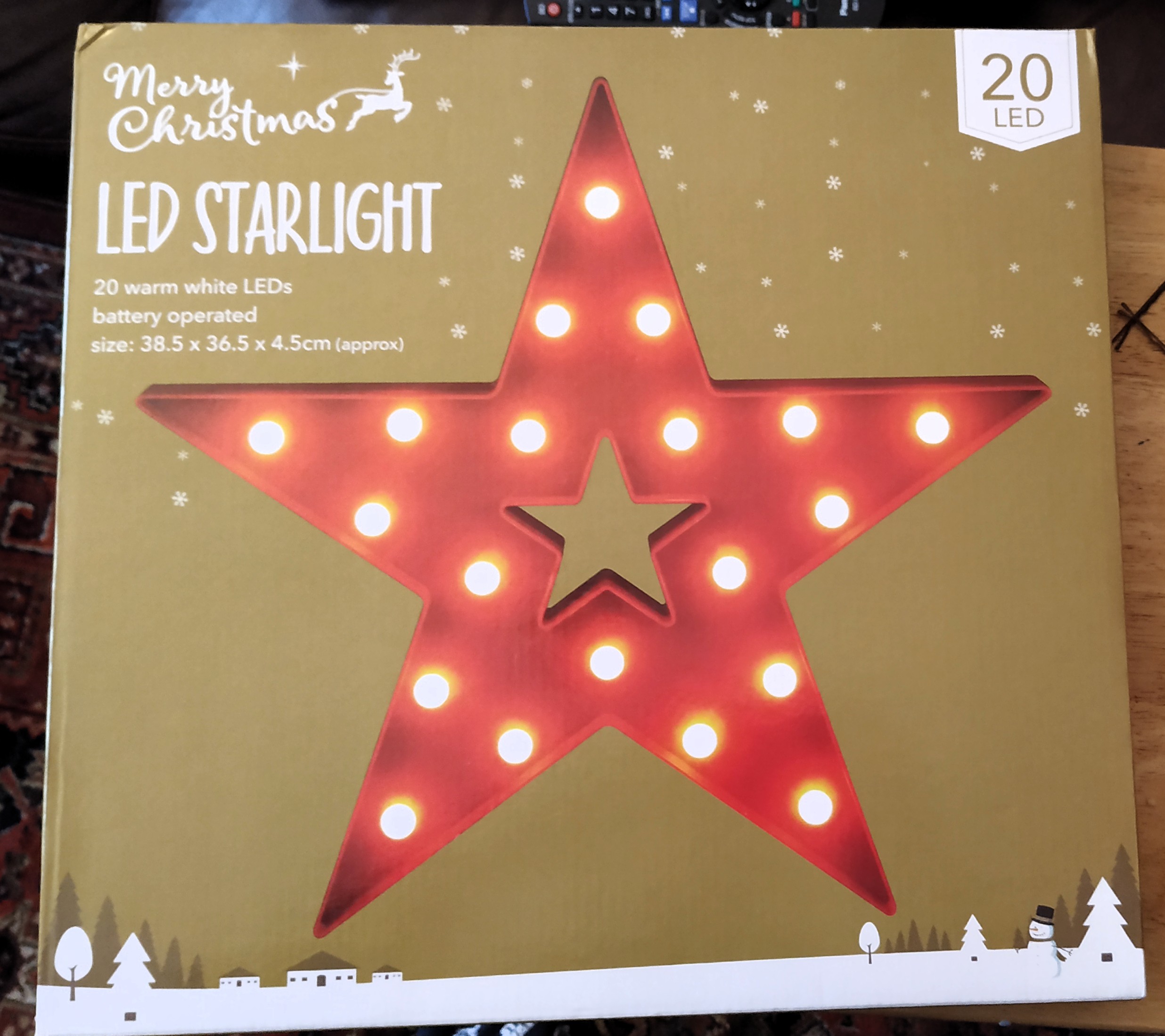 I popped into one of my local Poundland stores today and I found a rather large LED star for £1.25...75% off the original price of £5. 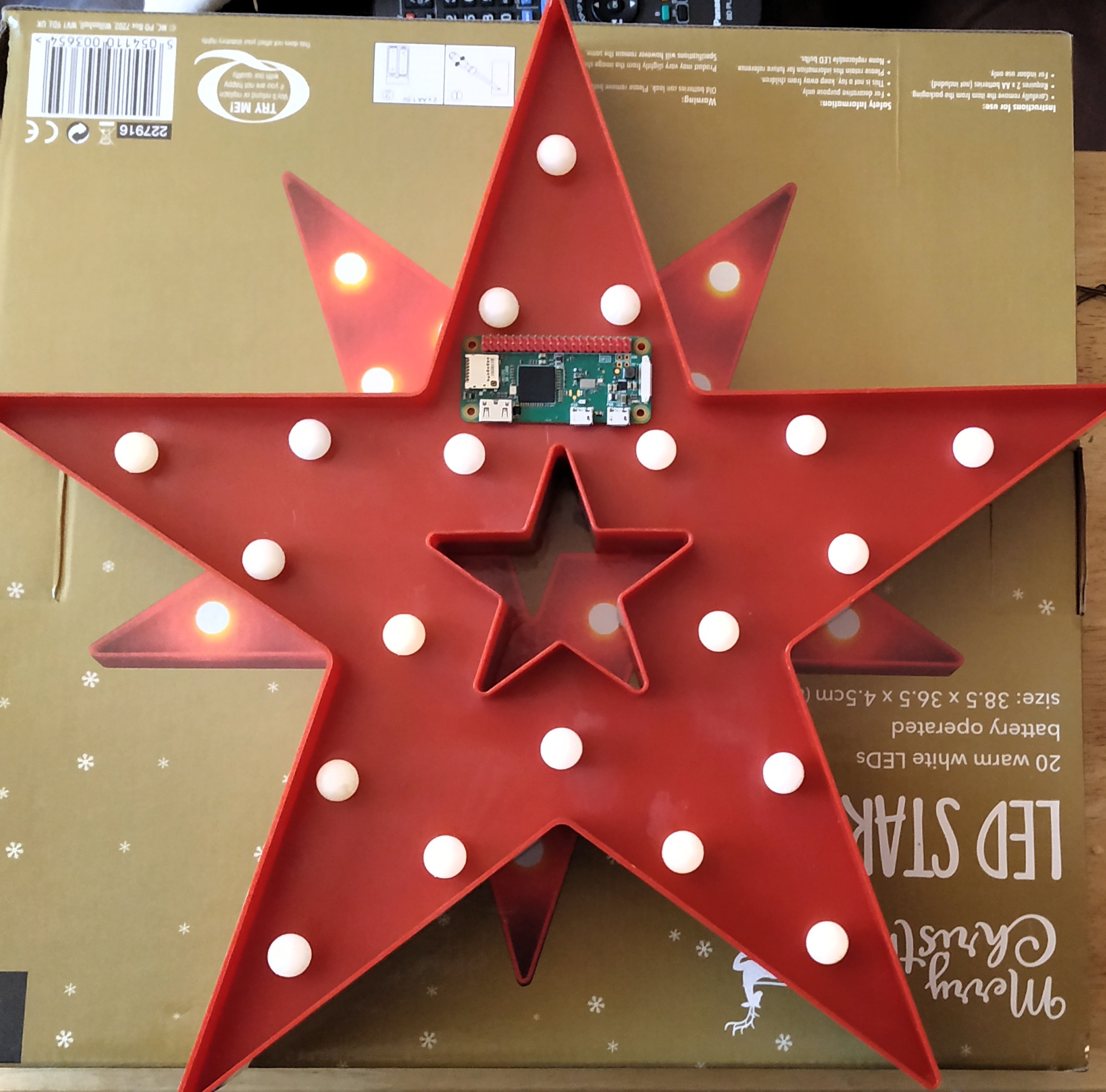 Pi Zero W for scale
The star measures 38.5cm tall and 36.5cm wide, with a depth of 4.5cm. Which means we have plenty of space in there for electronics! 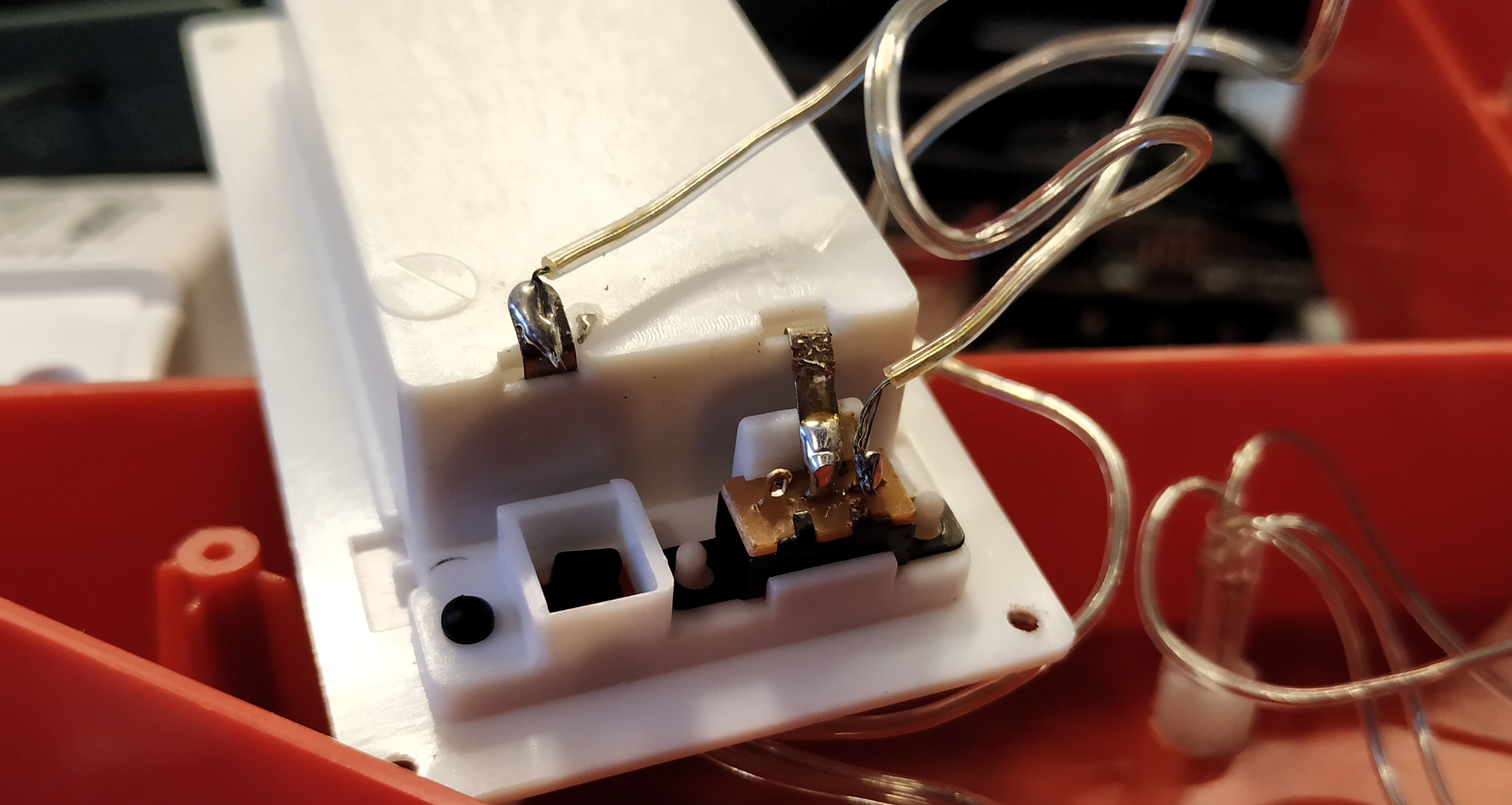 To get inside the star, all we need is a cross head screwdriver. And inside we have lots of space! The internals hide all of the wires that link the string of warm white LEDs. The battery box frame is connected to the main structure of the star and all four screws need to be removed, along with the other screws around the perimeter of the star. Take care as the back is only made of cardboard. 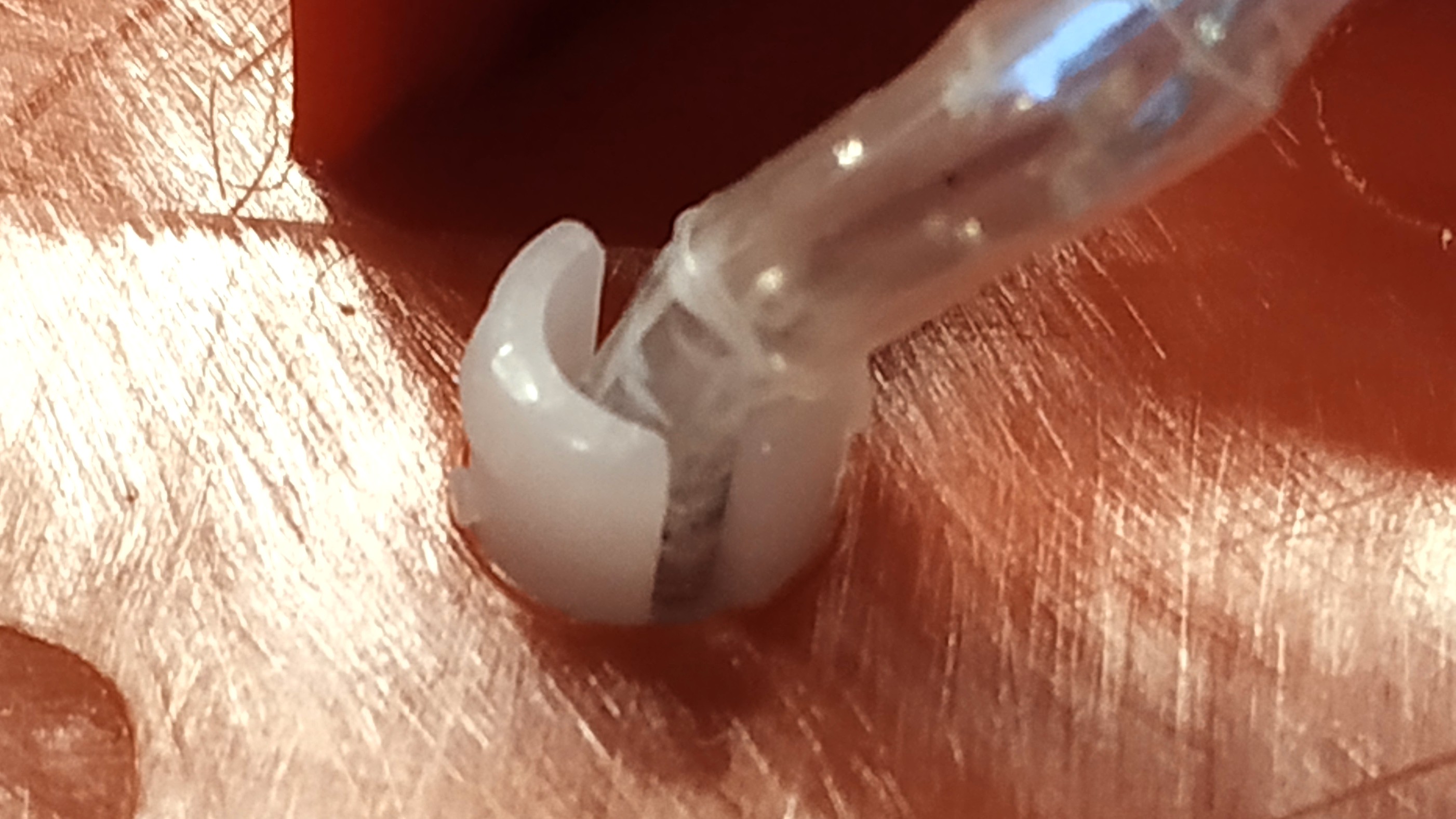 The LEDs can be replaced by carefully removing them from their clips and then we can replace the LEDs with neopixels! Specifically the fairy light neopixels that I reviewed here. But to use these LEDs we would need to enlarge the holes...but keep the white plastic dome covers we can use those as diffusers.

There is enough space inside the star to fit a Raspberry Pi Zero W, Wemos D1 Mini, Arduino, micro:bit, Adafruit Gemma / Circuit Playground Express. Which when used with neopixels means we can create our own coloured light sequences, and if the microcontroller board has WiFi then we can control them using another device or using data from the web.

For £1.25 this is a must buy for general hacks. The star doesn't scream Christmas and it can be used to decorate a home or be hacked into something so much better!

Turn a bike light into a controller for a string of LEDs, all for less than £3!