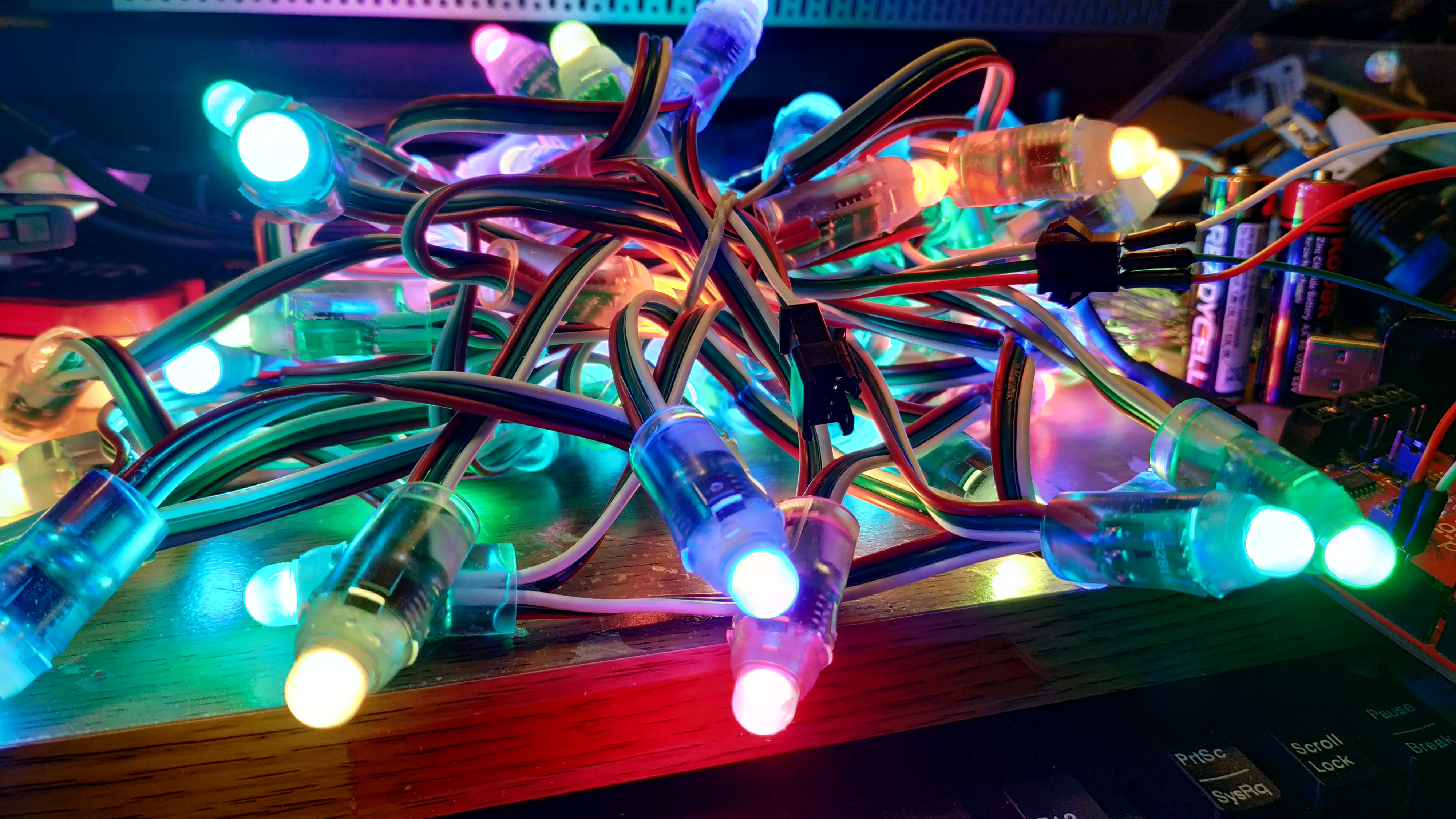 I've finally have the time to sit down and I ran a quick test with my 4duino pro and the LEDs. The 4duino pro is a 5V logic board, and I ran the test using the 5V pin on the board (not recommended but a quick test is ok) all is ok.
I ran another test using an external 5V power source (Aukey 5V 2A powerbank) and made sure that the GND of each component was linked to make a common GND. All worked to spec. Looks like the issue was with 3V logic. So these LEDs are going to be used with Arduino. 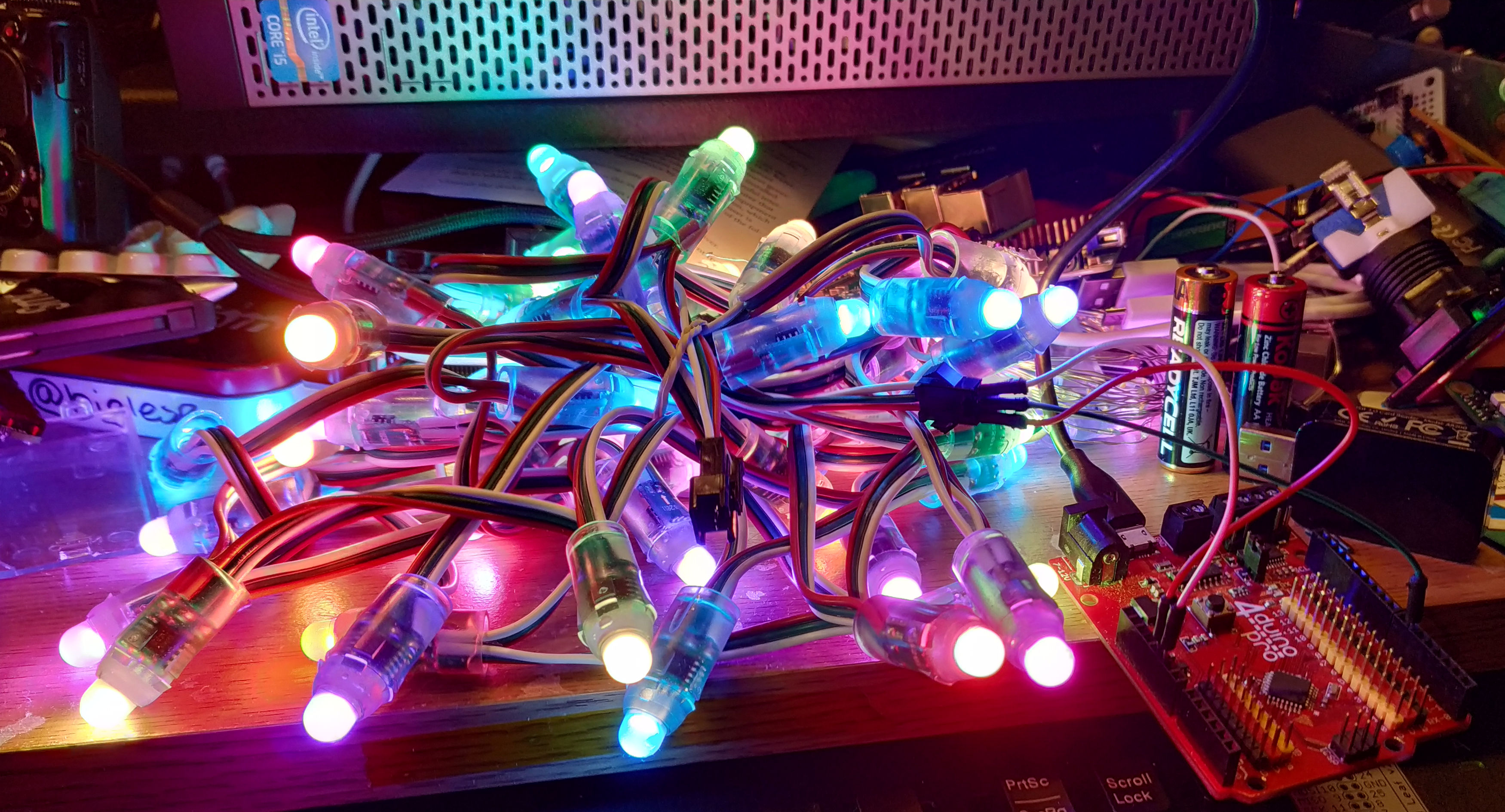 Consider these LEDs good for use!

--UPDATE 16:05 20/11/2018--
The LEDs have been behaving weird, they did work with an Arduino, as per this post. But now they have stopped working, only showing a light yellow colour. Investigations will take place tomorrow, and this post will be updated, until you see a resolution in this post, assume that they are not working!
--END UPDATE--

This week we take a look at a cheap source of WS2811 RGB LEDs that are ideal for Christmas... 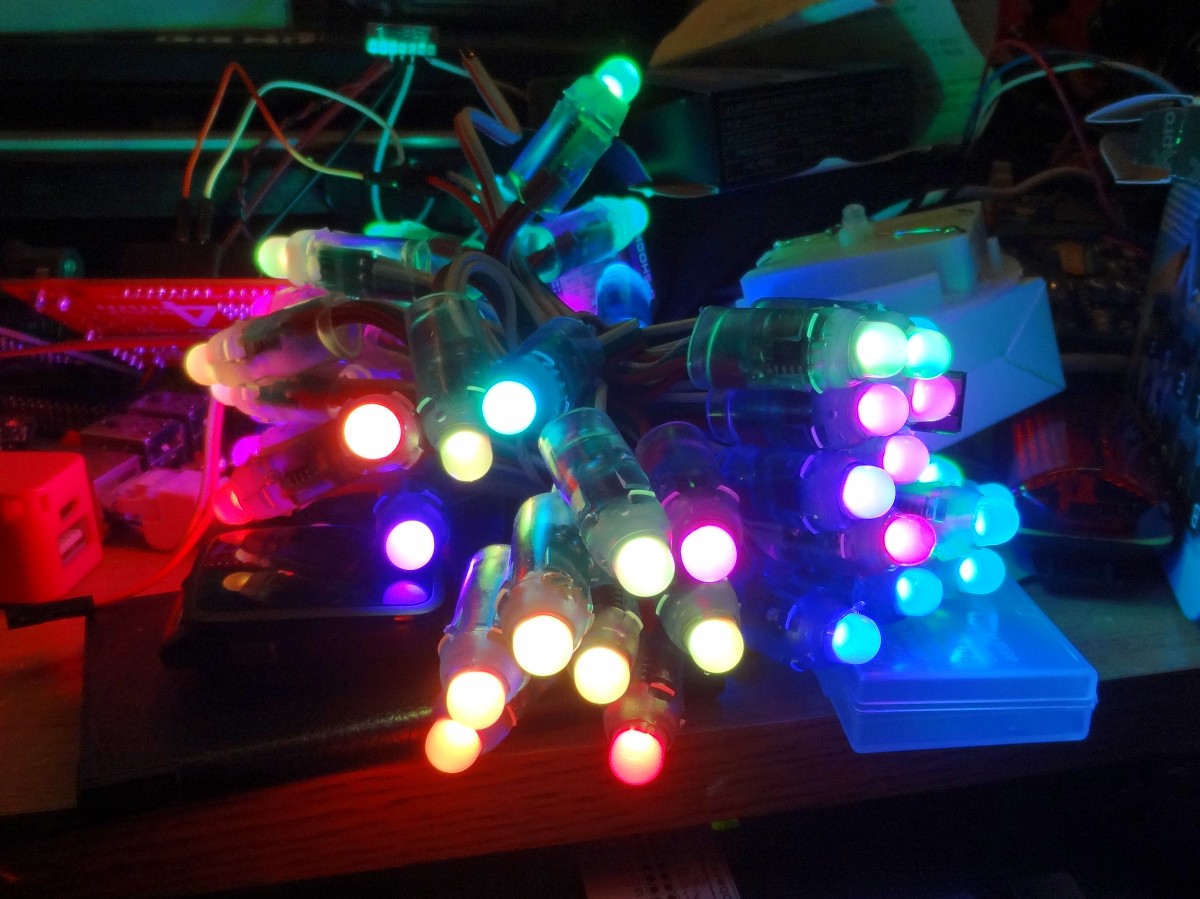 A chain of 50 RGB LEDs that are connected in a "fairy light" / string light manner, making them ideal for Christmas trees. Typicall a string of LEDs like this are in a long tape strip, sometimes covered in a silicone layer. 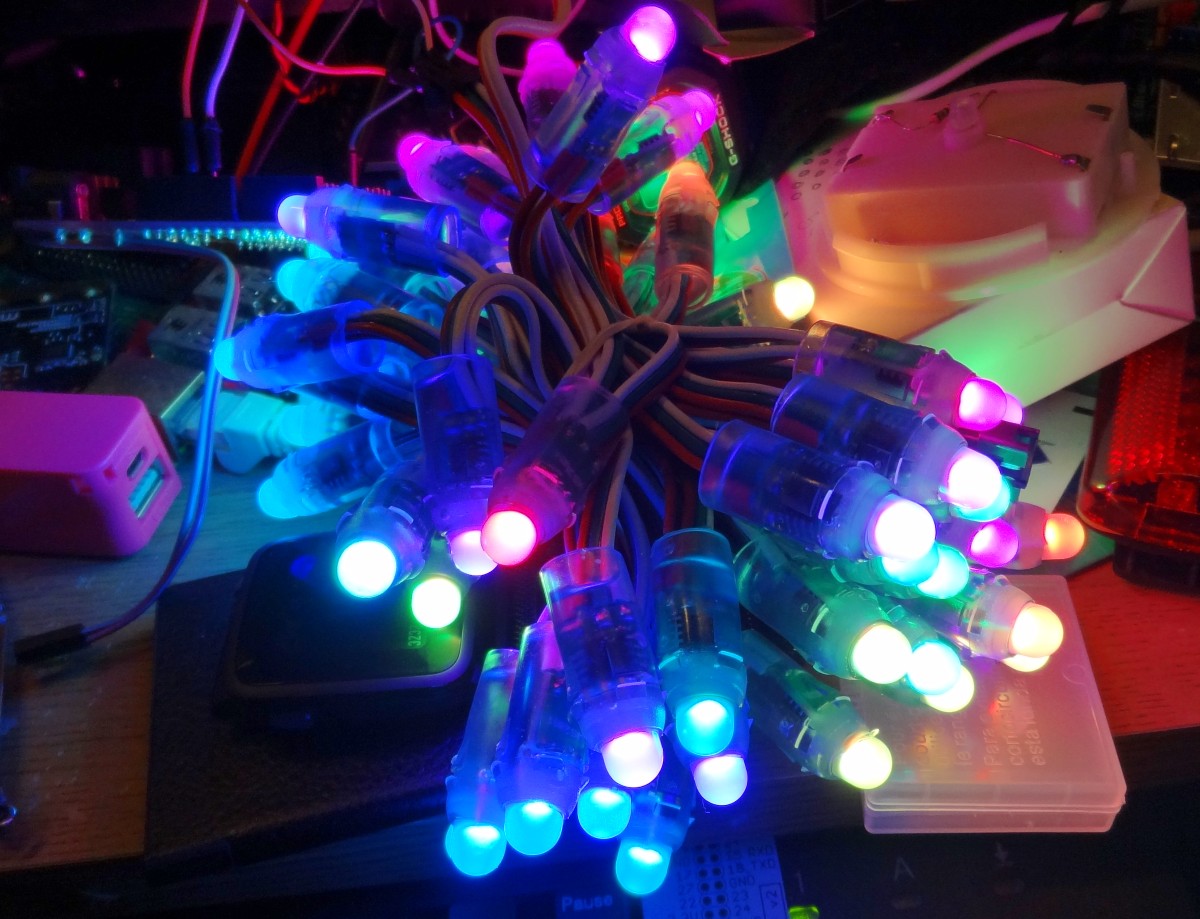 Fairy light?
In the UK Christmas lights, typically for use on a tree are sometimes referred to as fairy lights. That is what my mum called them, and so that is what I call them. Whether or not they are controlled by fairies, has yet to be proven. :)

So tell me more! 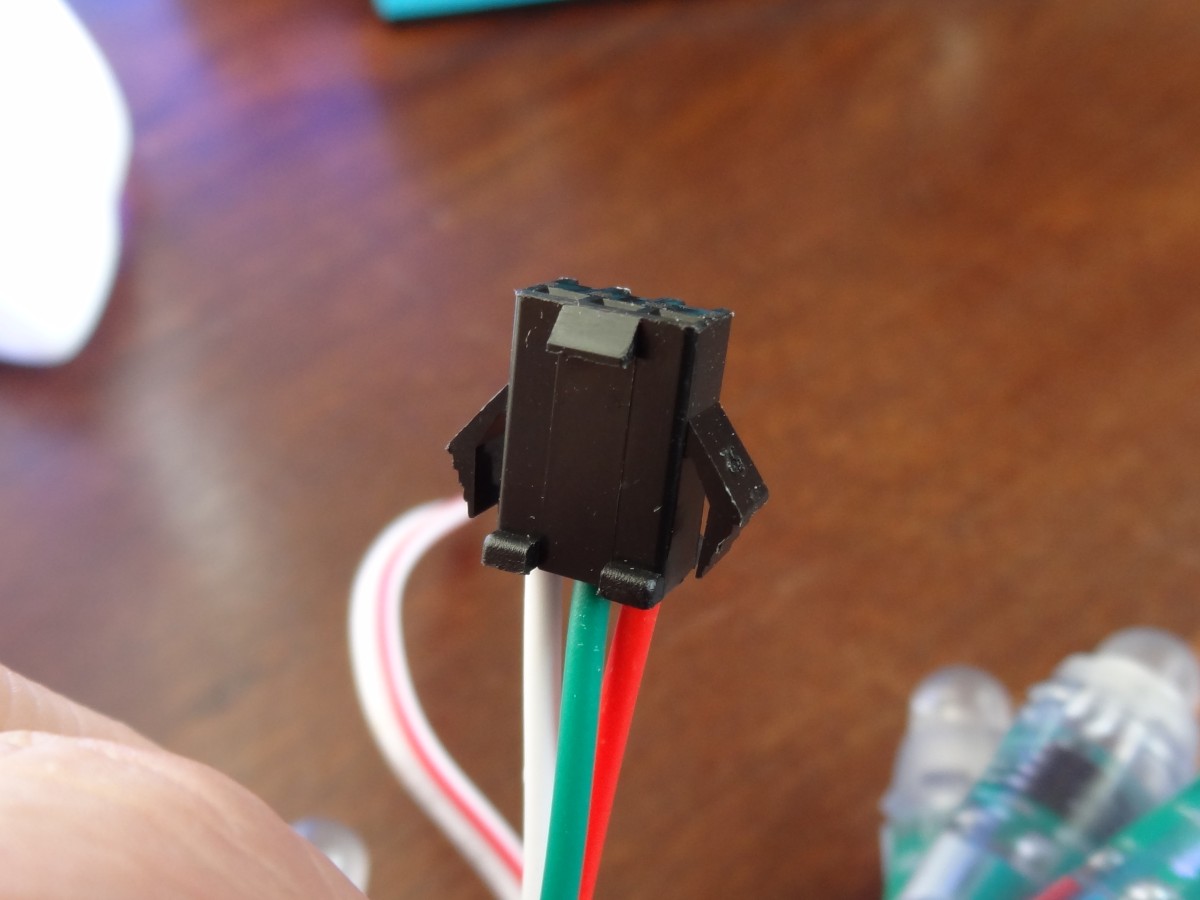 The LEDs are encased in a thick plastic / silicone shroud that provides protection from the elements and diffuses the glow of the LED. They measure 12mm in diameter and have three wires running from each LED.
The wires are as so 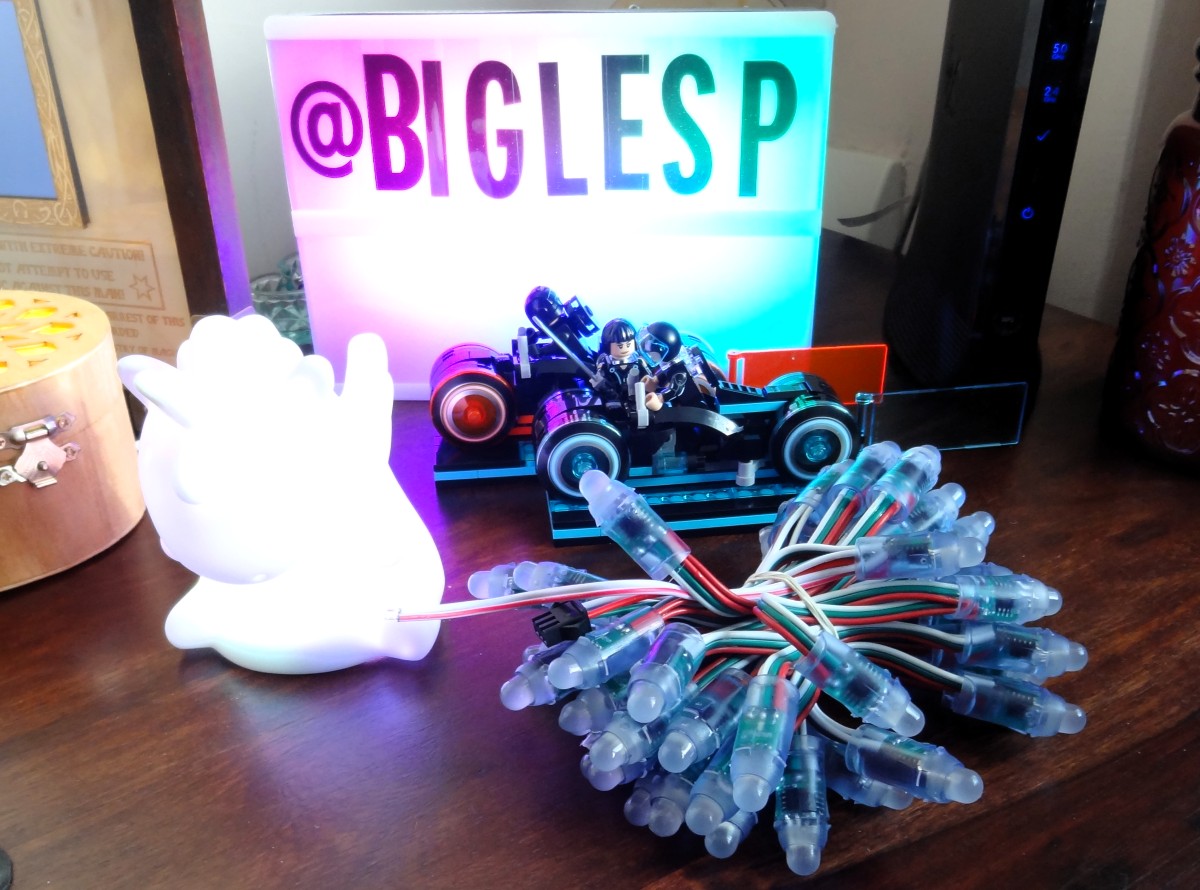 The LEDs are chained together, with the first LED at position 0, and the last at 49. This gives us 50 LEDs that we can control and by control I mean the colour, brightness, speed of flashing to enable us to create coloured patterns flashing around the chain. 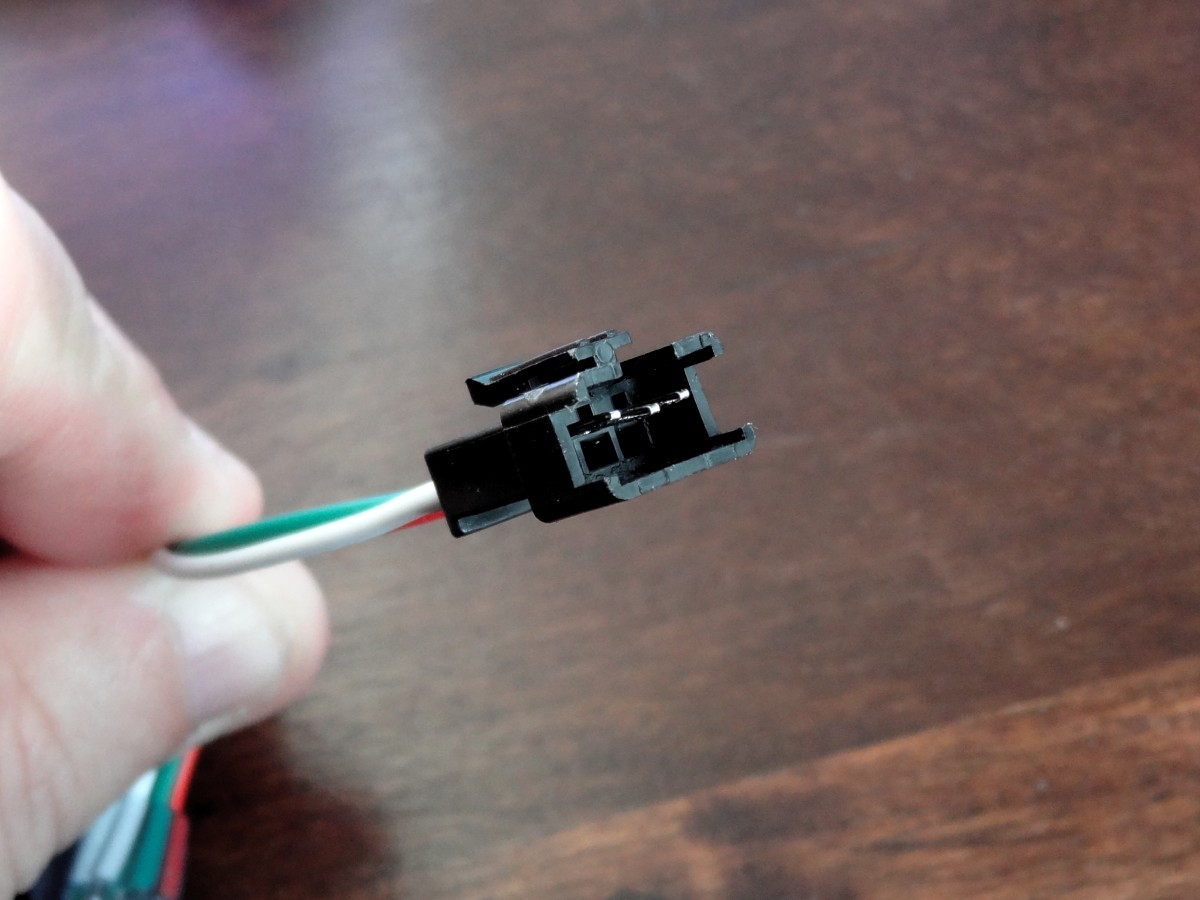 The chain can also be extended thanks to a female connector at one end of the chain.

How did you test it? 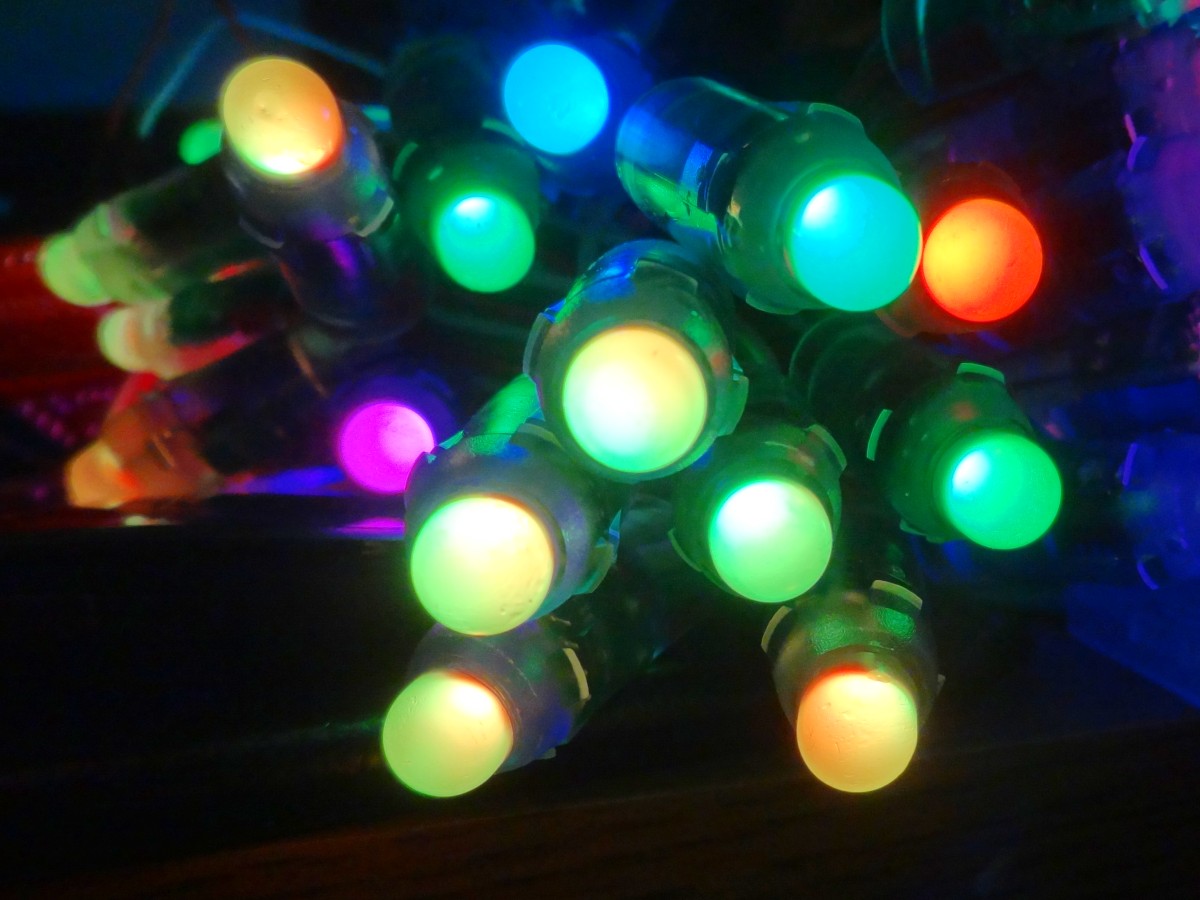 I first tested with a micro:bit, but there was an issue with the LEDs not responding how I expected. I'll look into this later and update this blog post (Sorry I'm busy at the moment.)
But I did test the LEDs with a 4Tronix 4Duino Pro board and it worked flawlessly.

Yes I know that you shouldn't power the LEDs directly from the Arduino, and that I should supply an external 5V source. But this was a quick test.

I used the Adafruit Neopixel Arduino library to quickly run strandtest and then I saw lots of colours!

So where can I buy them?

I found a seller on eBay that is based in the UK, and delivery took a week. So for £9.62 they are quite a bargain. I'm not vouching for the seller, but delivery was pretty decent, price is good, and they work.

You don't need a Raspberry Pi or Arduino for this project, but you can still dabble with electronics.

Write code to your ESP8266, ESP32 and other MicroPython / CircuitPython boards with this little command line tool!