Ever needed some Wikipedia data in your Python code?

Wikipedia, we all use it! it has replaced Encarta and paper encyclopedias and it is edited by the general public.
But what if I wanted to use it in Python? 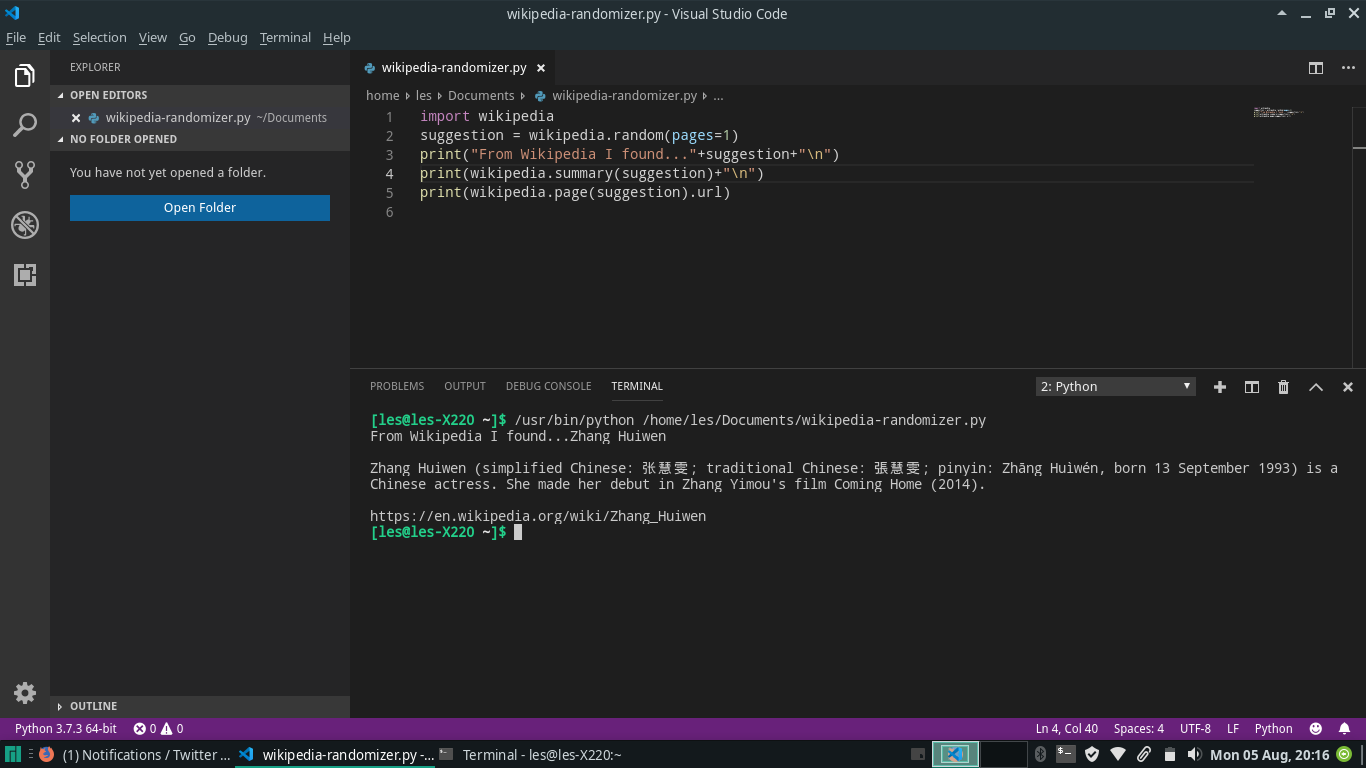 To answer this lets make a little app.
The goal of the app is to

Suggest a random page and save that suggestion to a variable.

A quick summary of the suggested page.

Print the URL to the Wikipedia article. 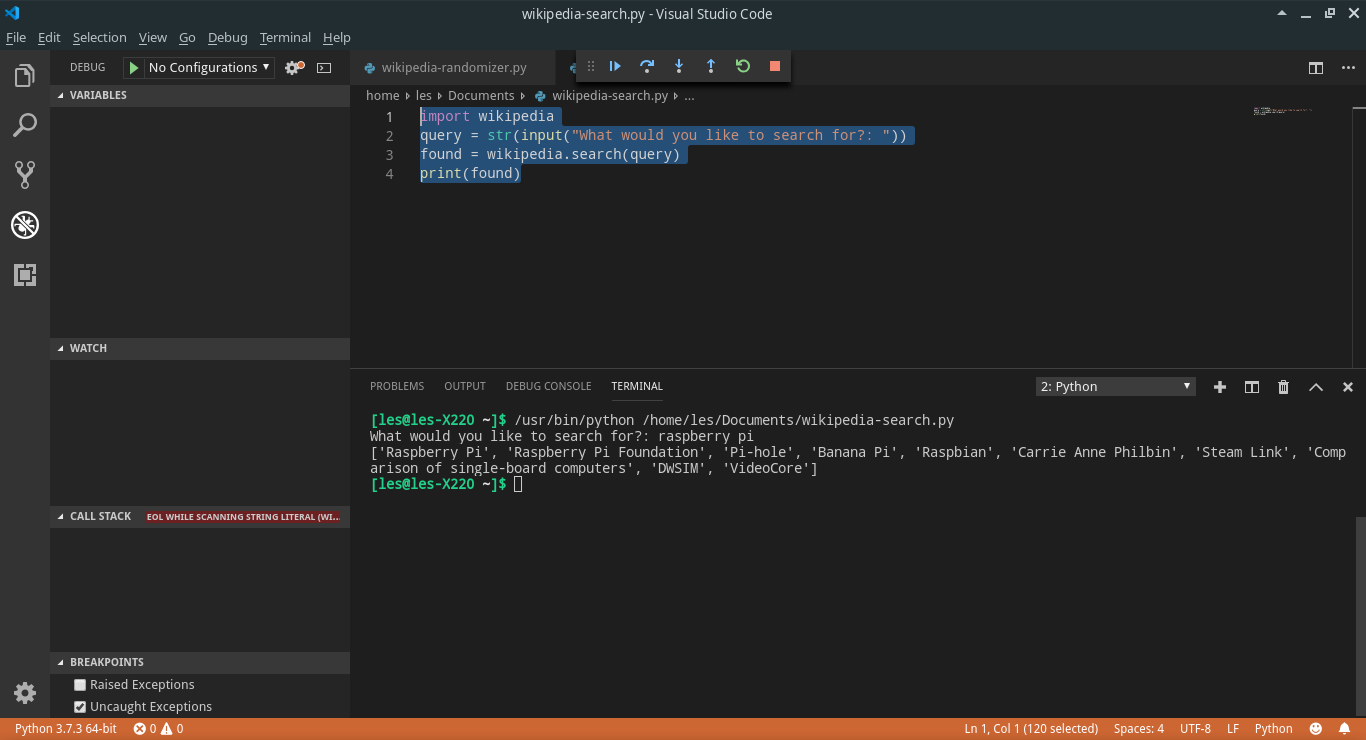 Ok, chill!
To search Wikpedia I wrote a few lines of Python.

I then searched for Raspberry Pi and it returned a list of data.

Then I reused a little code from the random search project to give me the summary and URL for any page that I search for...so I searched for Greggs...

So where can I find out more

Head over to the Github page and learn more about this fun library.

Breadboarding with a micro:bit just got a little easier

Get the weather direct to your terminal! Who needs a pretty GUI when we have the command line!