Another Microntroller Monday and this time I take a look at a breadboarding solution for the micro:bit.

Chances are that if you have a Raspberry Pi / Arduino etc then you also have lots of through hole components, those components that can be inserted into breadboards.

In education, every single penny matters and reusing kit is important, but here is a problem. If you have a micro:bit then using these components is challenging as the micro:bit mainly uses crocodile clips to make circuits.

So how can I reuse components with a micro:bit?

A couple of months ago I sent Gareth, the man behind 4Tronix a message with an idea...

"Wouldn't it be great if there were a simple small breadboarding / prototyping board for micro:bit." 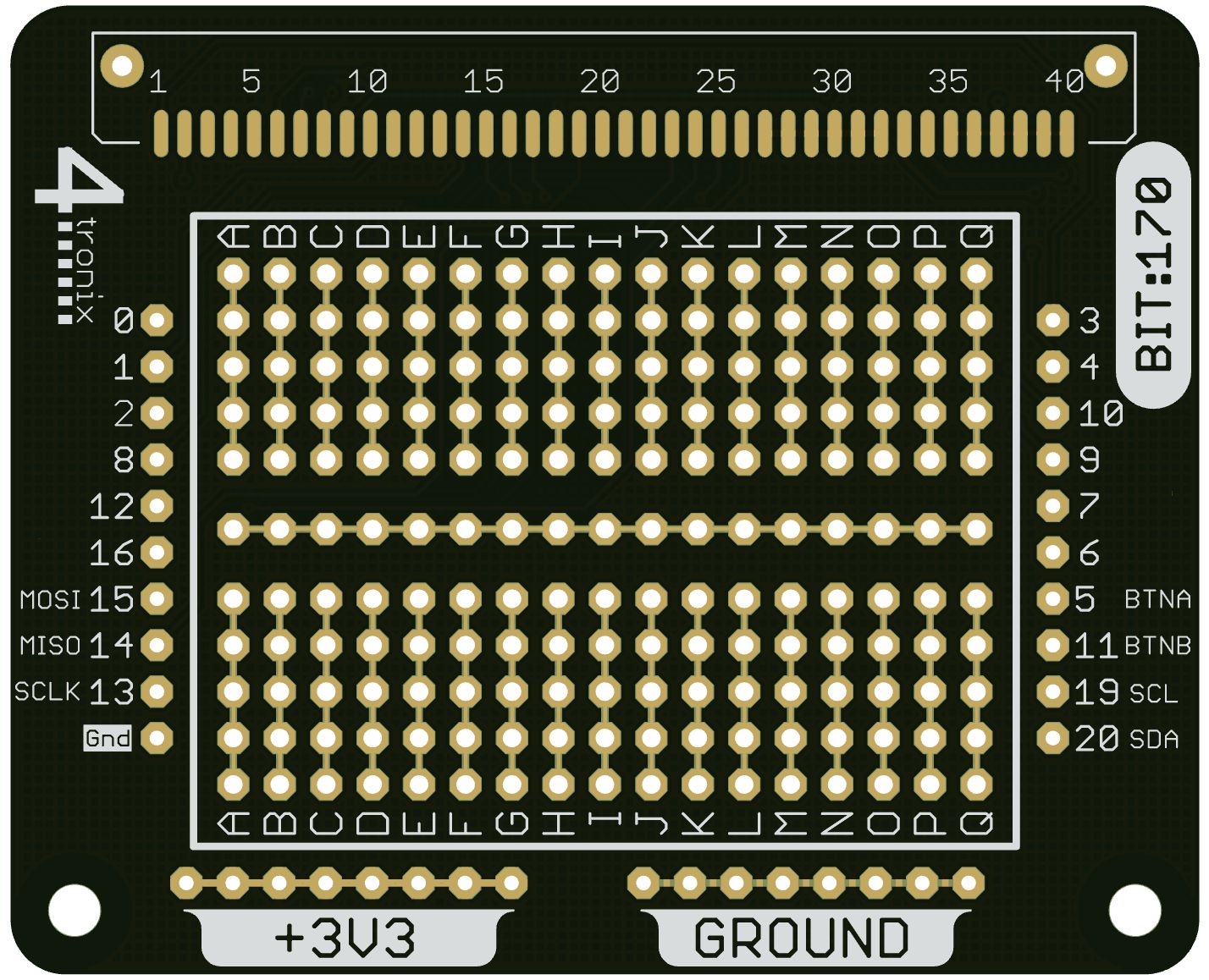 Happy Birthday to @4tronix_uk who is 10 & offering 10% off with code 4TXPARTY10
They sent me a sneak peek at a new @microbit_edu breakout board that is coming soon. Sooo I had to test it with @adafruit neopixels and a big heart. pic.twitter.com/5TEfTdgtBW

A few days later I received an early prototype and proceeded to connect up some Adafruit Neopixels and a heart diffuser from Primark :) 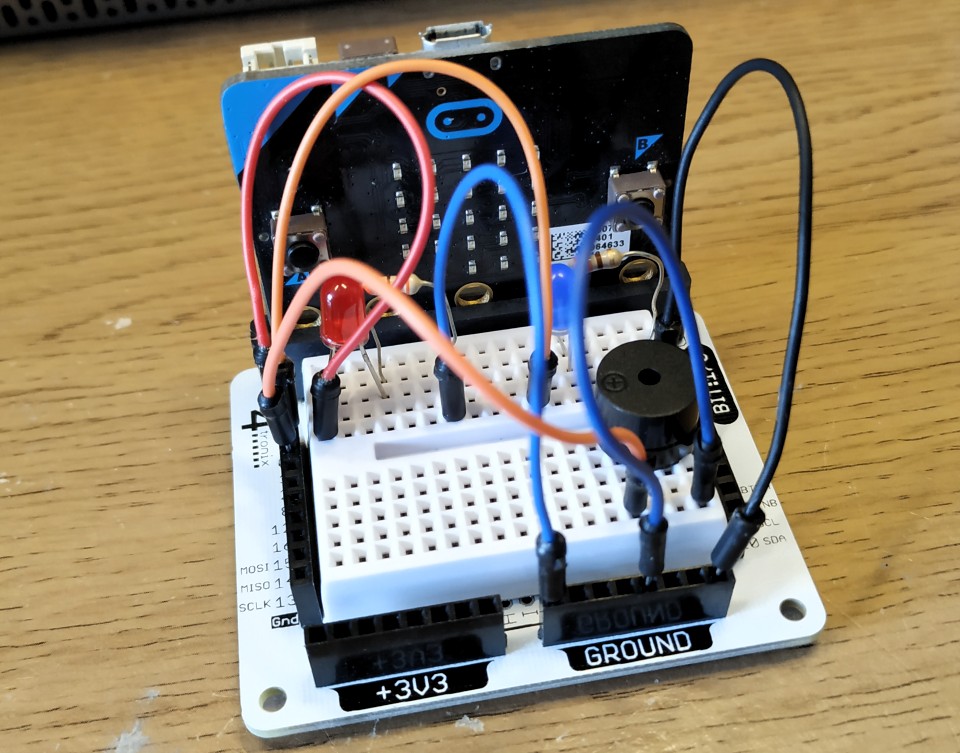 BIT:170 is a small breadboard / prototyping platform where the micro:bit is inserted into a holder which is connected to a series of breakout headers around the perimeter of the board.
Building circuits with the BIT:170 is remarkably simple, and I made a quick two LED and buzzer test. 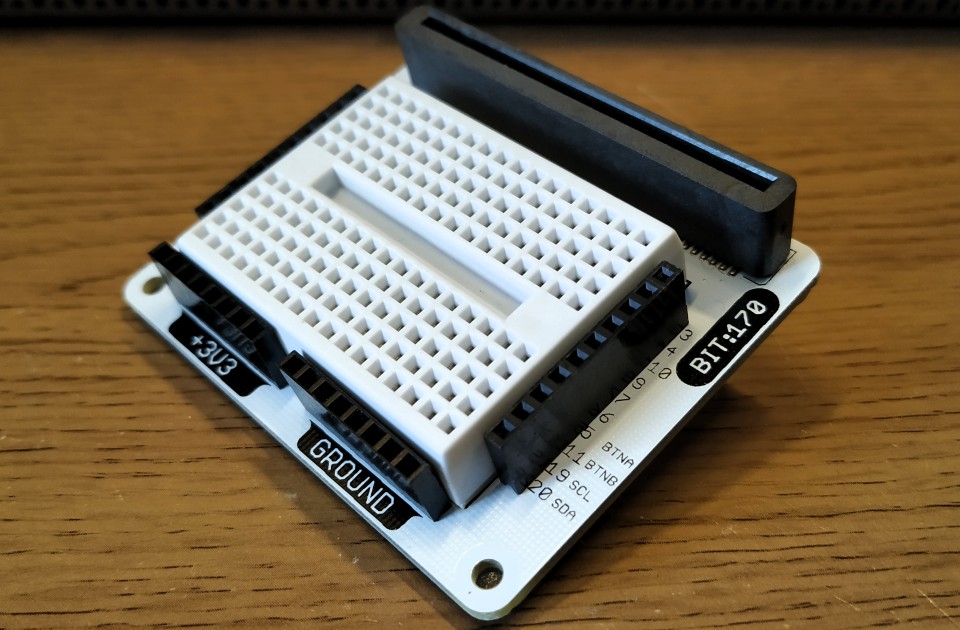 BIT:170 breaks out all of the GPIO pins present on a micro:bit, to a series of female pin headers around the board and this means there are fewer wires to contend with. 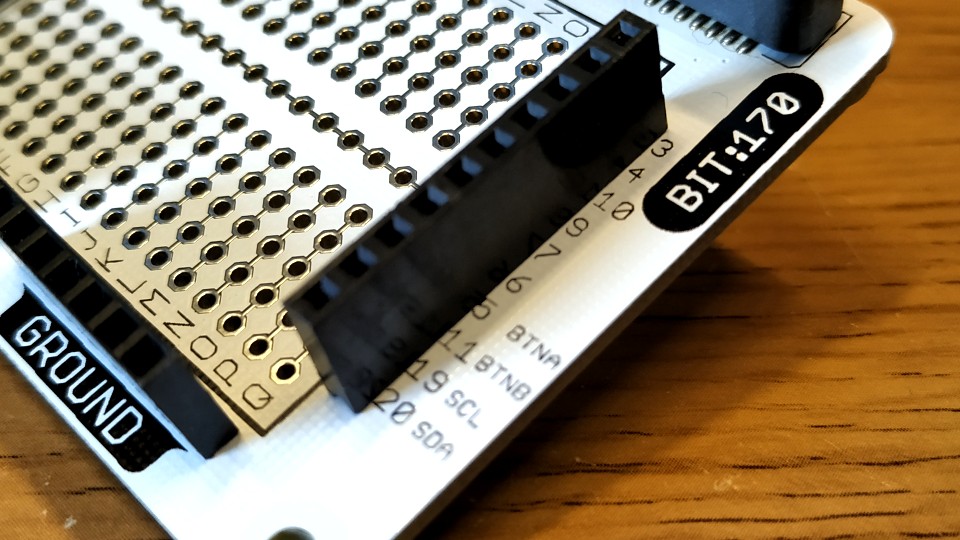 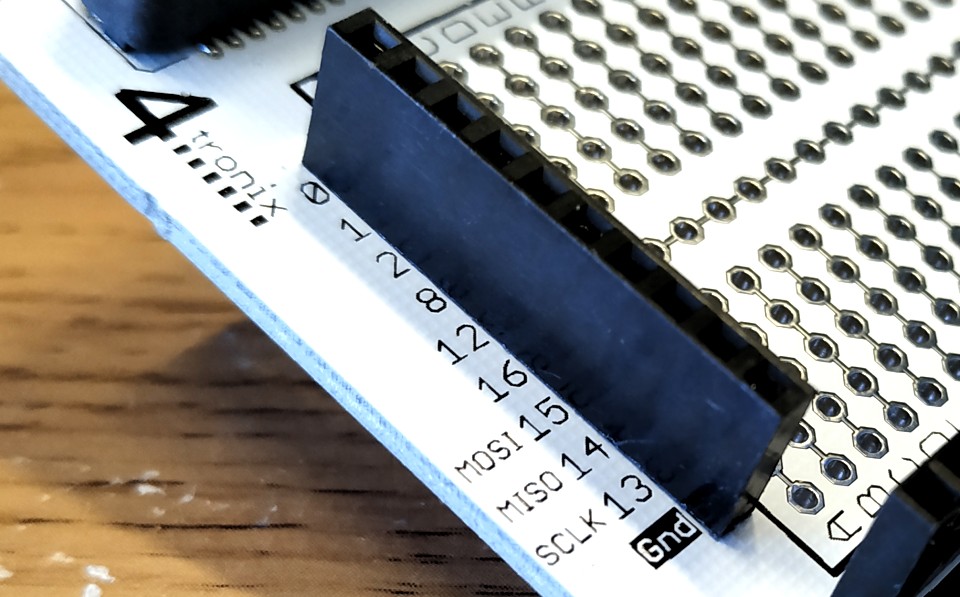 This includes the exotic I2C and SPI connections!

There are plenty of connections for 3V3 and GND (power). 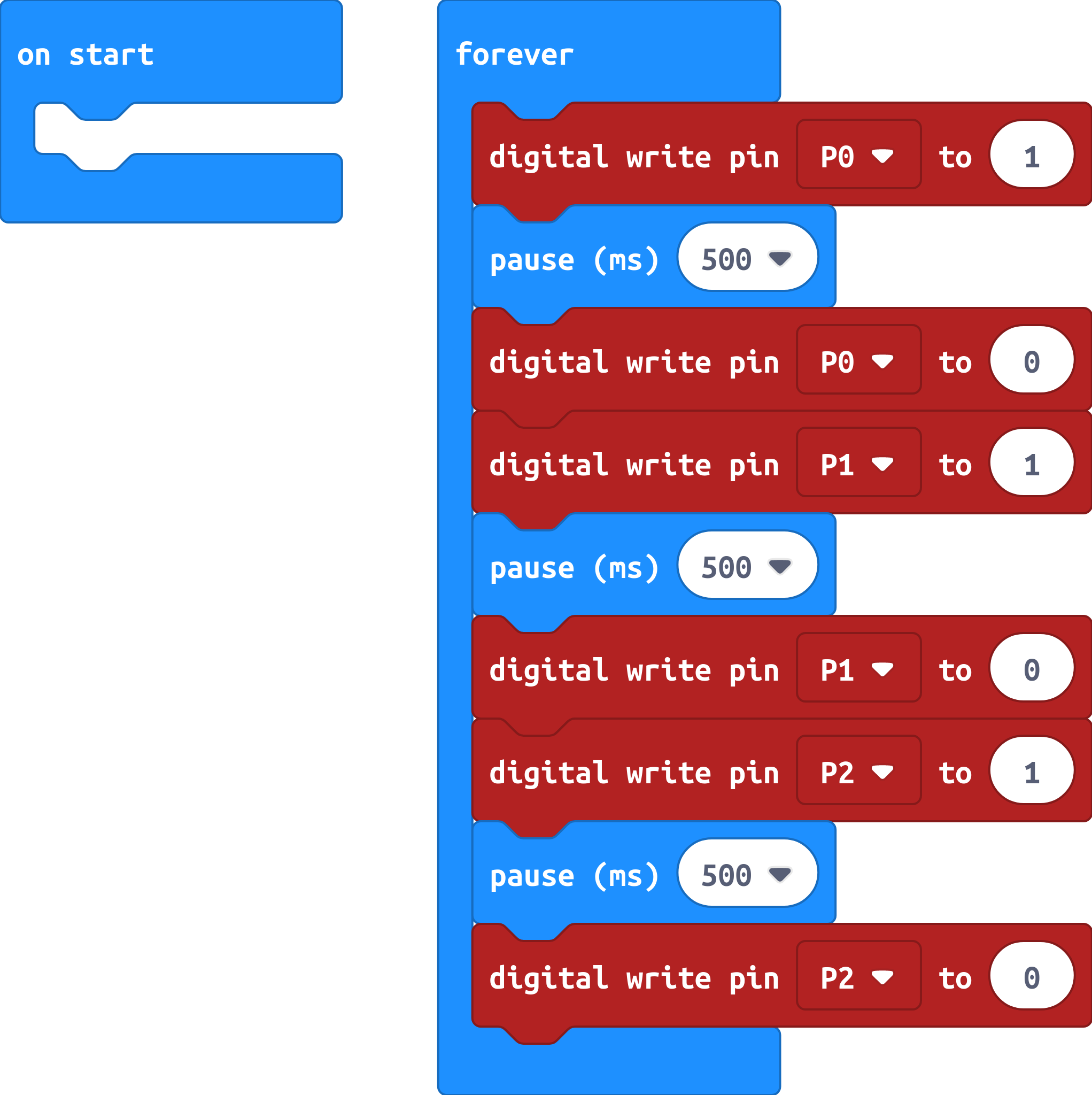 BIT:170 can be used with any supported programming language for the micro:bit. It merely acts as a breakout board, enabling us to use every single pin on the micro:bit. I wrote a quick and simple test script for my testing. 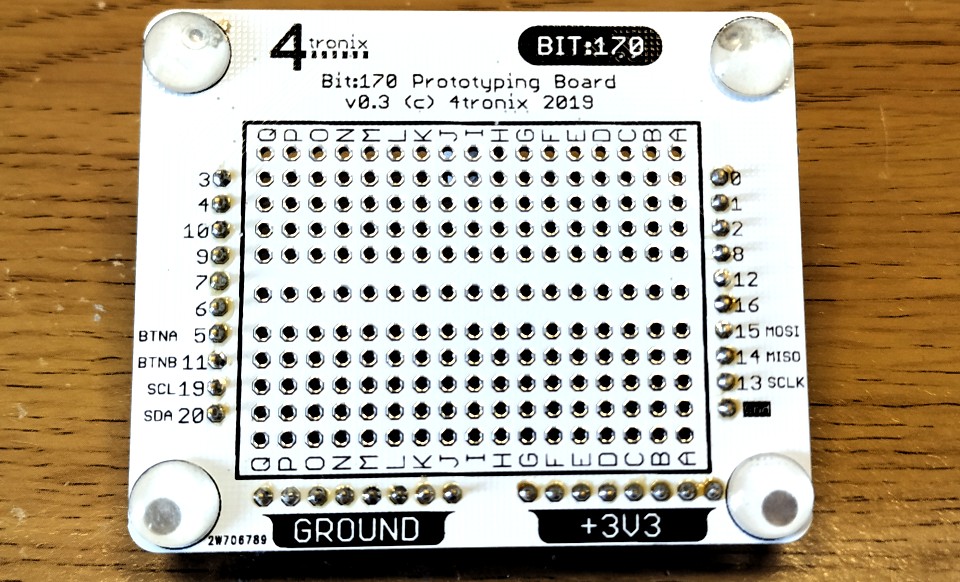 If you need to create a prototype circuit, involving soldering a semi-permanent project then the BIT:170 has a hidden prototype area. Handy! 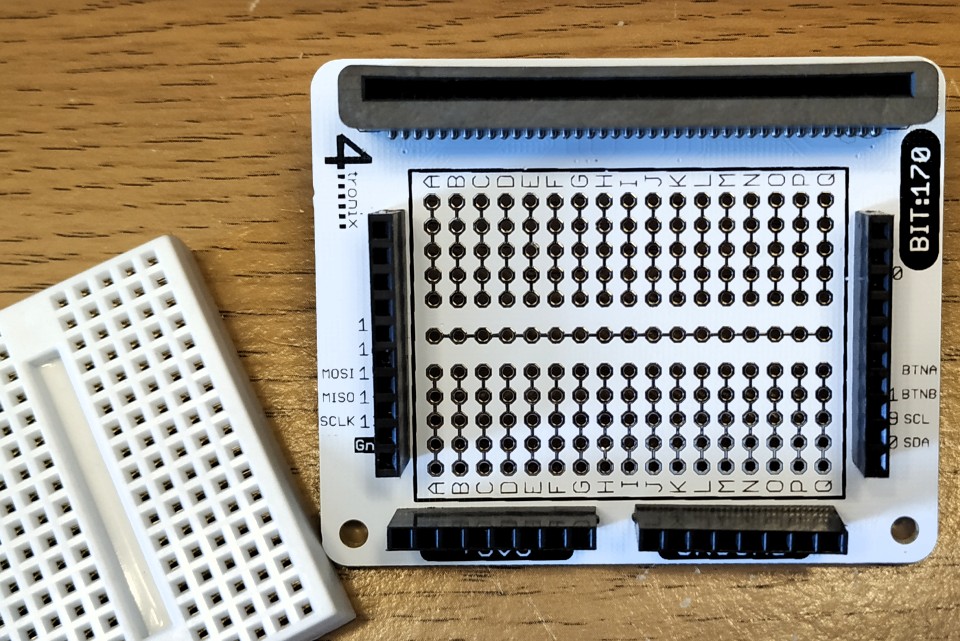 The BIT:170 has yet to be released but when it does, I strongly recommend that you take a look when released as I know that it will be a cheap and effective piece of kit for classes, and your bits box. The price is expected to be around £10 at the most, with price depending on your choice of bare board, solder yourself kit, or pre-soldered ready for use.
Keep an eye on the 4tronix website for release.
It is now available for purchase via the 4Tronix website

Need an Arduino Mega, but can't sacrifice the space? Well here is a board that gives us all the pins, but at less than half the size!

Search Wikipedia from Python! Read a randomly suggested page, or search for anything you want!