I've waited a long time for this!

tl;dr: A £12 temperature controlled mini soldering station for intermediate users. Cheap, small with a precise soldering tip, but manual calibration needed for temperature. Available from CPC --See Stop Press at the bottom of this page for a special sale price until 16/01/17--

Back in January 2016 I saw a cheap Chinese mini soldering station on Aliexpress and thought "Hmmm should I buy that?" Well I didn't but I soon learnt that CPC would be stocking them, so I waited...and waited...and waited. In order to sell the station in the UK, CPC had to undertake a long series of compliance tests and Barry needed to poke around inside. (Barry works in the workshop and is paid to break electronics...dream job!)
Well in mid November 2016, CPC finally had them in stock and Rachel sent me a unit for review, so lets get cracking!

Disclaimer: This unit was provided free of charge for review by CPC. This will not skew my results, I'll pick out the good and bad parts of the unit in the review.

Take a look around.

What woke me was the doorbell and Mr UPS delivering this TINY soldering station. @ItsAll_Geek2Me thanks! Review this week. A5 notebook scale pic.twitter.com/vZNTP70yq0

The unit is small, in fact it fits atop my A5 notebook! 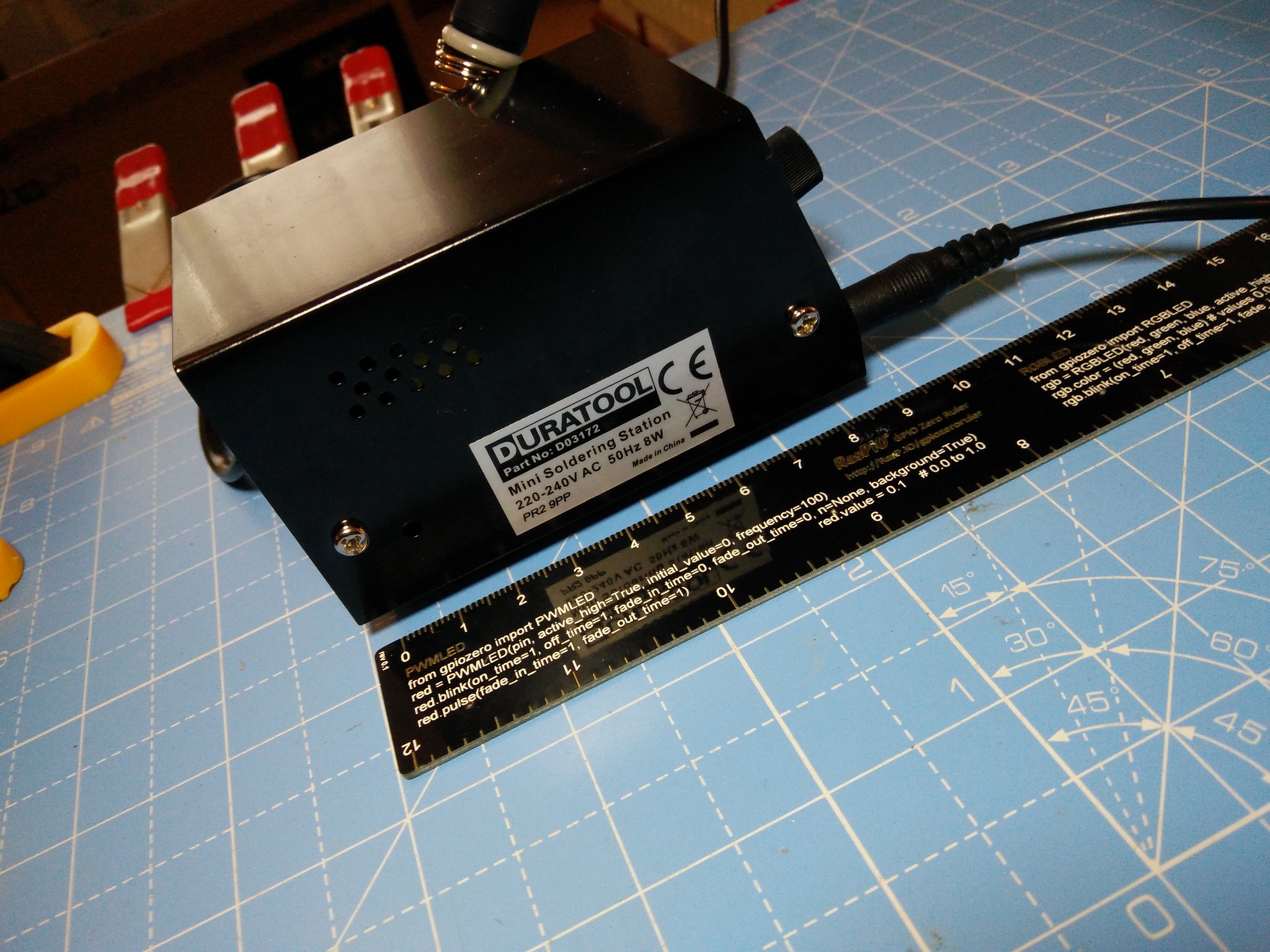 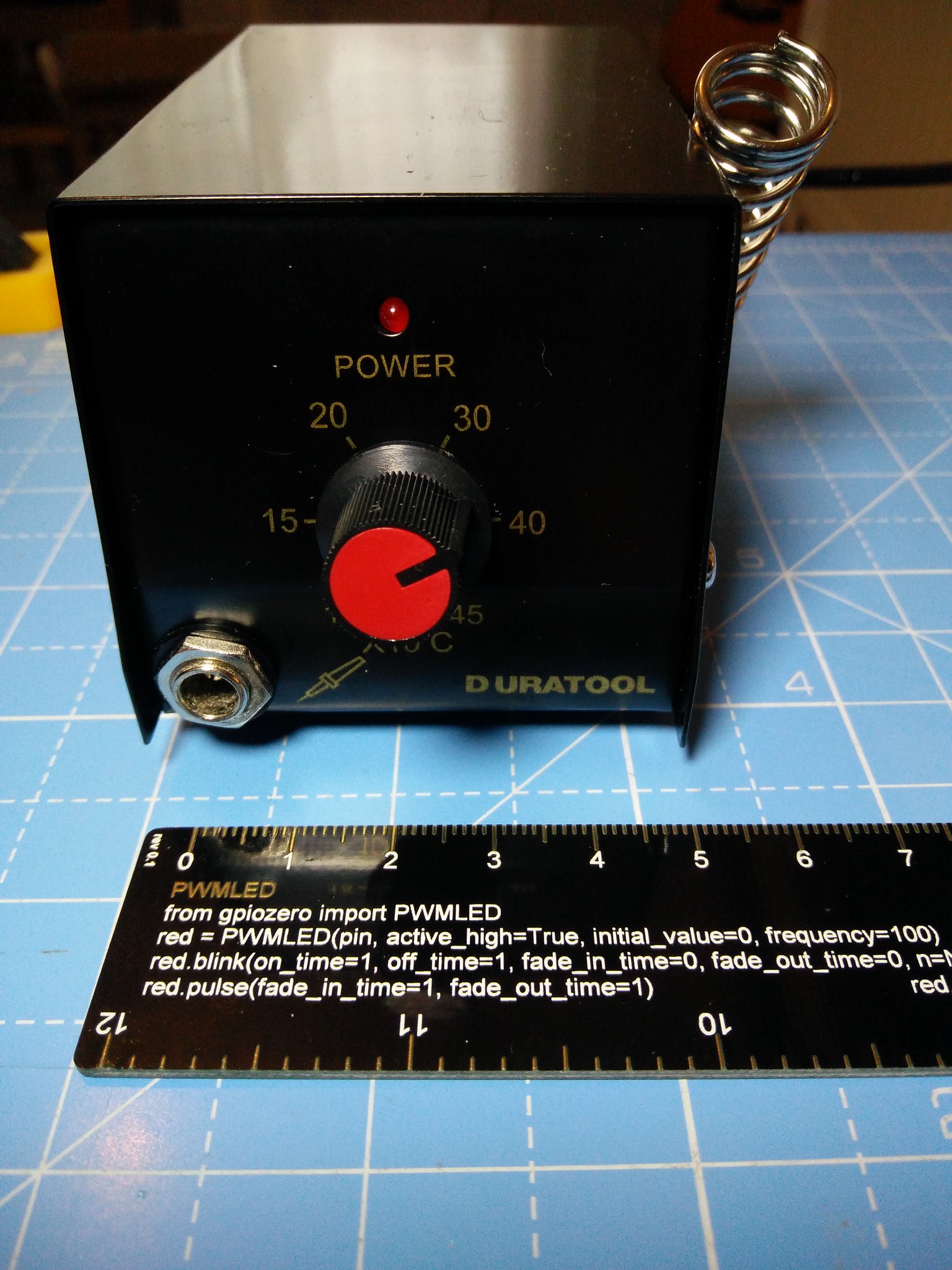 The soldering station is solidly made, with no creaks or strains to be heard. I love that there is a holder for the iron on the right of the unit, handy. 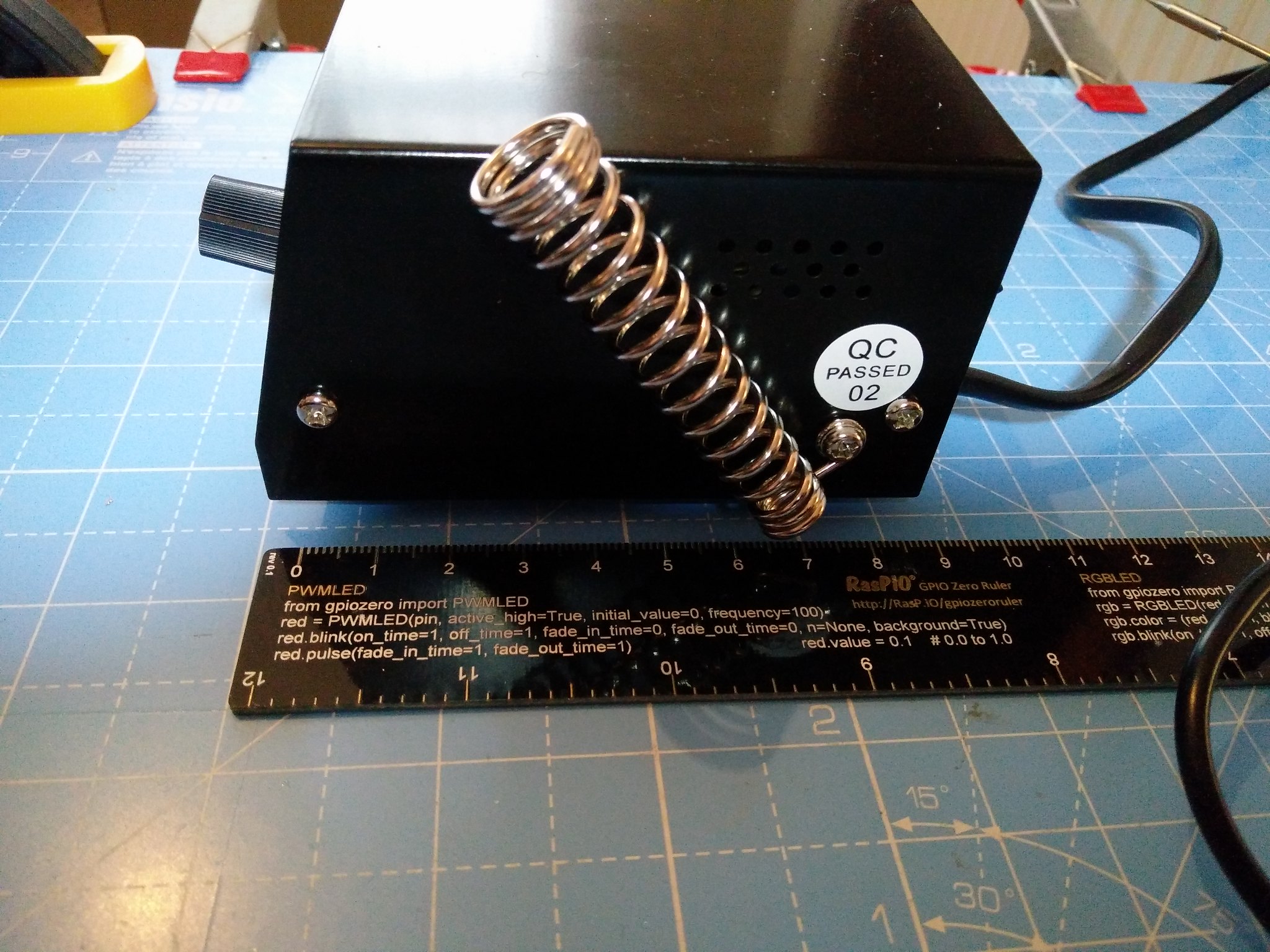 The station weighs quite a lot for something so small, no doubt due to the electronics and heat sink needed to transform the mains power to the 12v to heat the iron. On the front of the station we see a temperature control via an analogue dial. 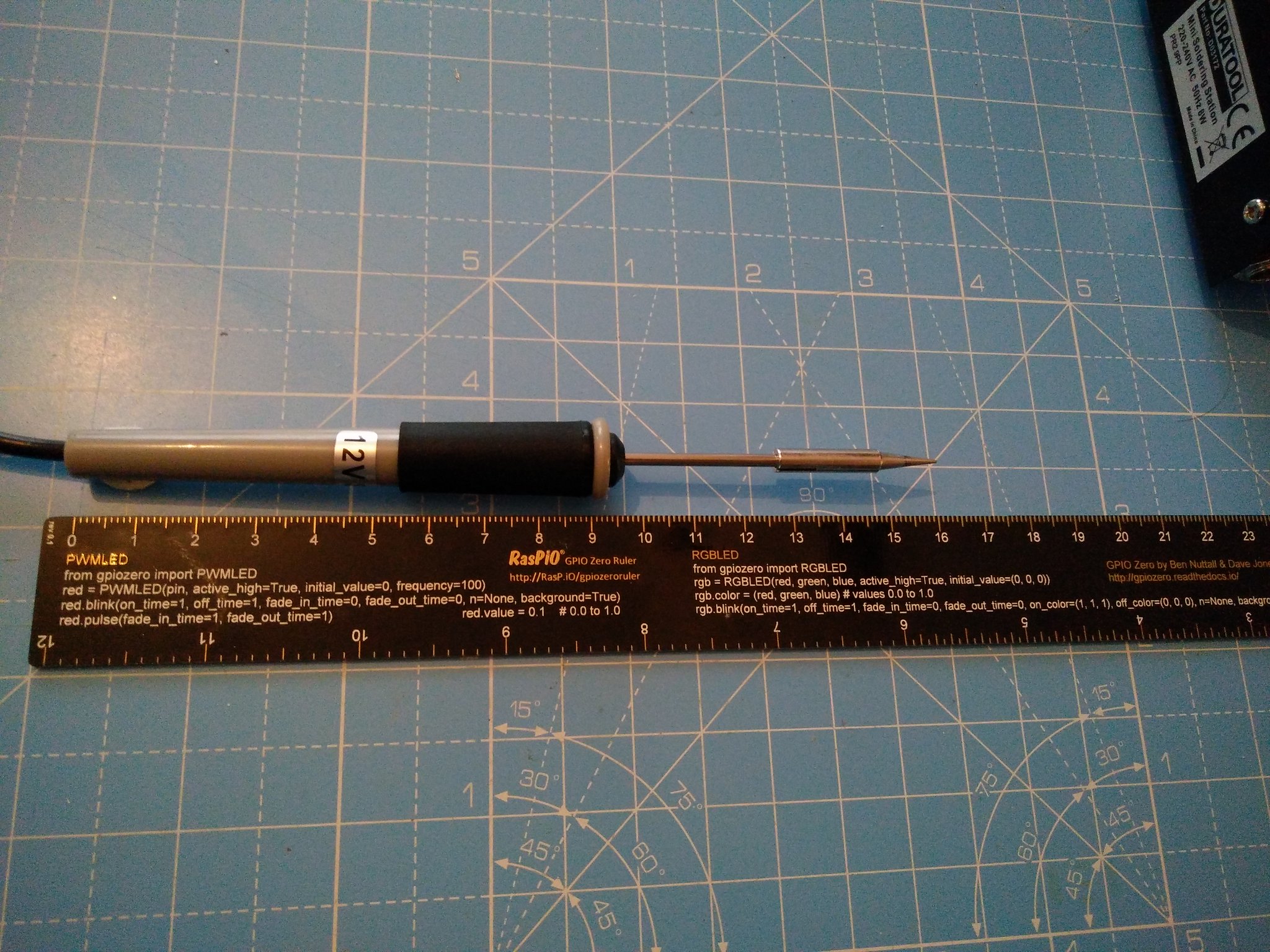 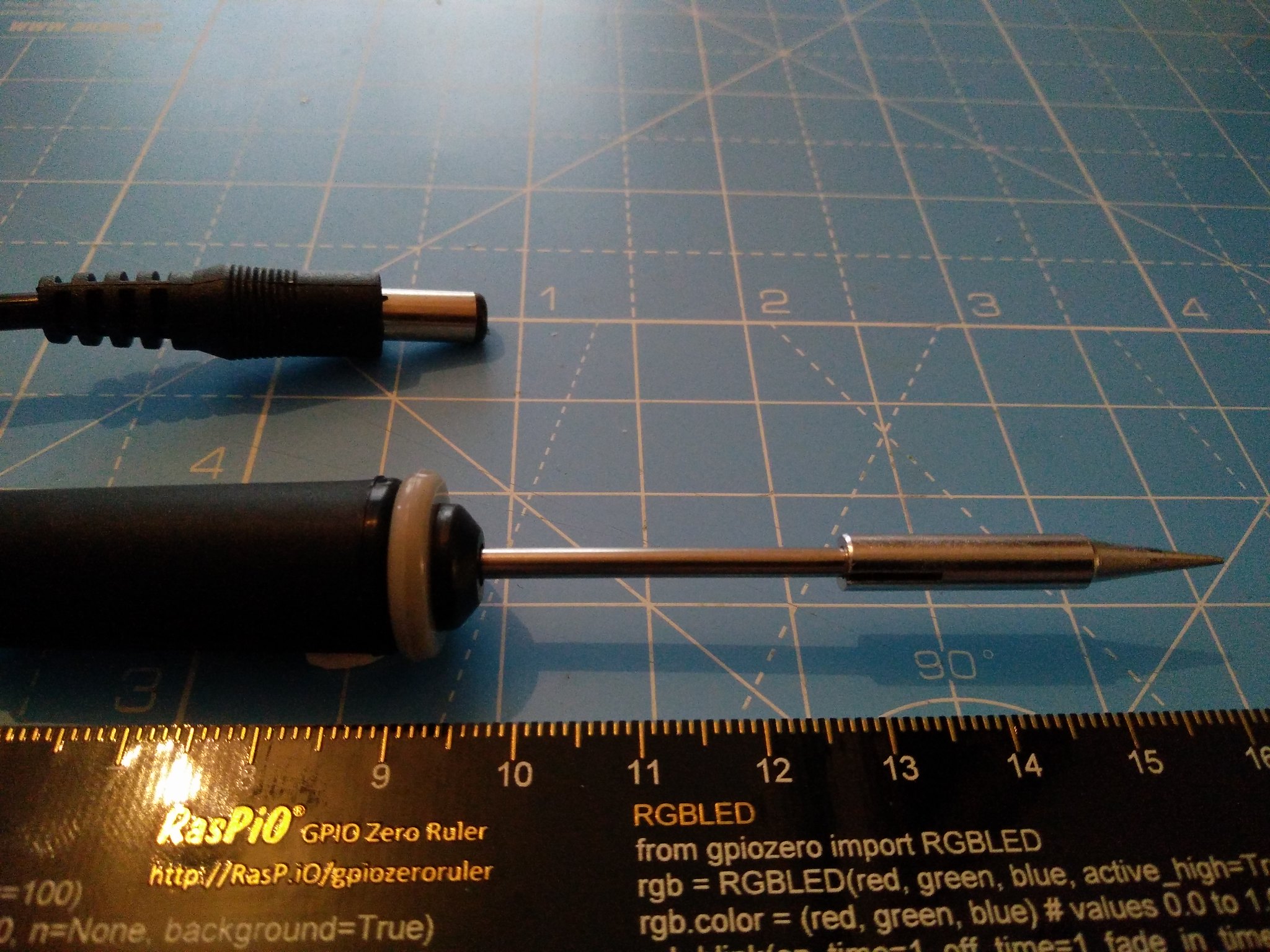 The iron feels like a pencil, light and easy to hold. The cable which attaches the iron to the station is a standard PVC type plastic with a typical barrel jack connection. The tip of the iron has a precise 1mm bit which can be removed to reveal a heating element similar to those used in the Antex range of soldering irons. I wasn't able to find a replacement bit on the CPC website, which might put some people off as they prefer chisel/screwdriver/bigger soldering iron tips.

So I powered up the unit and let it warm up to 350C, well 350C according to the analogue dial. I used my trusty UNI-T multimeter and thermocouple to measure the temp and it came up a little short, approximately 305C. Now this isn't a major issue for most, If the solder melts then all is good. But if you are working on temperature sensitive components then you should take care and check your temperature. I like to work at around 350C so I turned up the heat to 400C on the dial and measured the temperature again, it reported 354C and that did me proud. 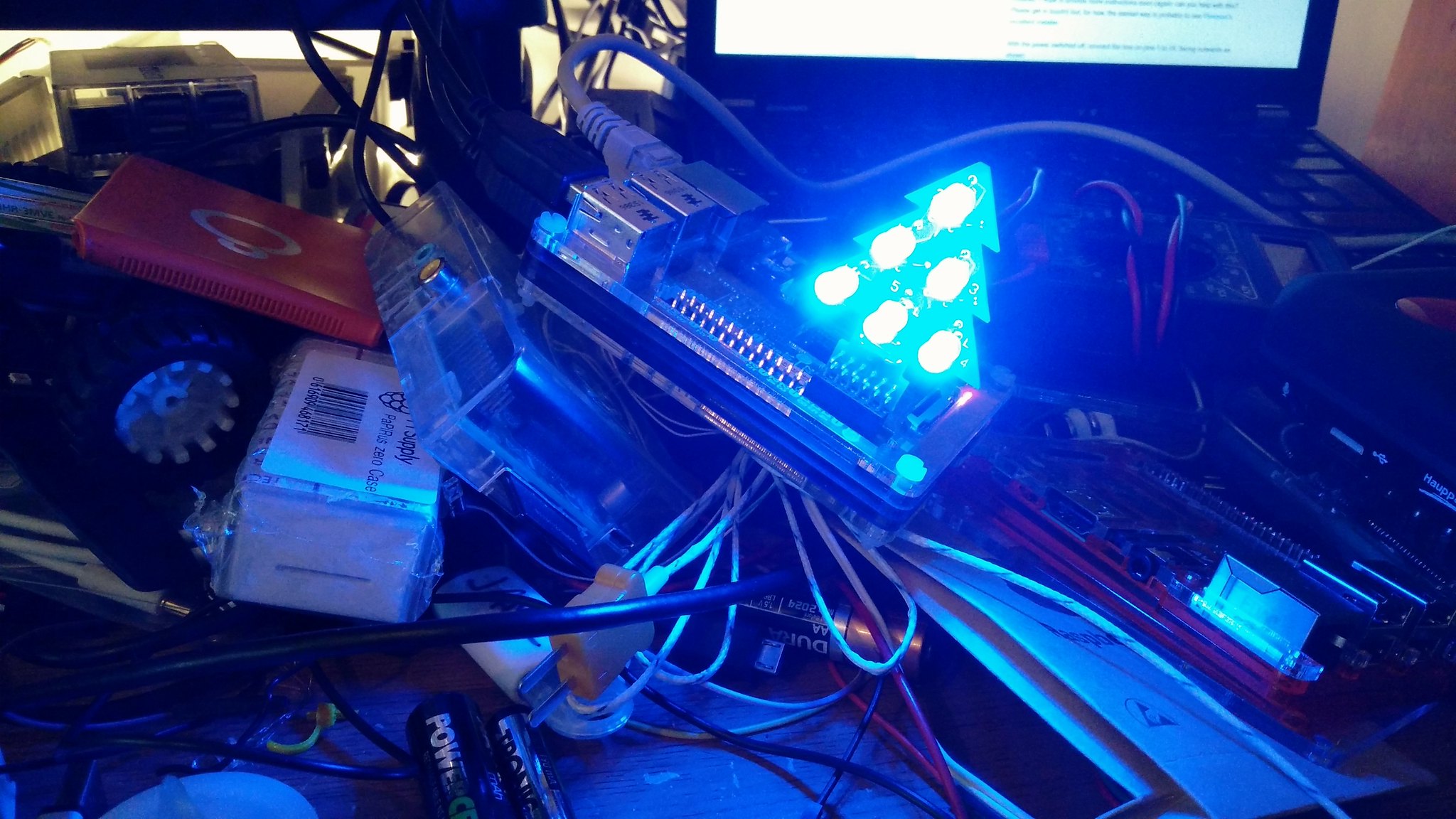 Yes that is my desk, yes it is messy, yes I will clean it up I promise

I like to test soldering irons with projects that I typically undertake, so I grabbed my latest kit, an RGB Christmas tree from Pocketmoneytronics.co.uk 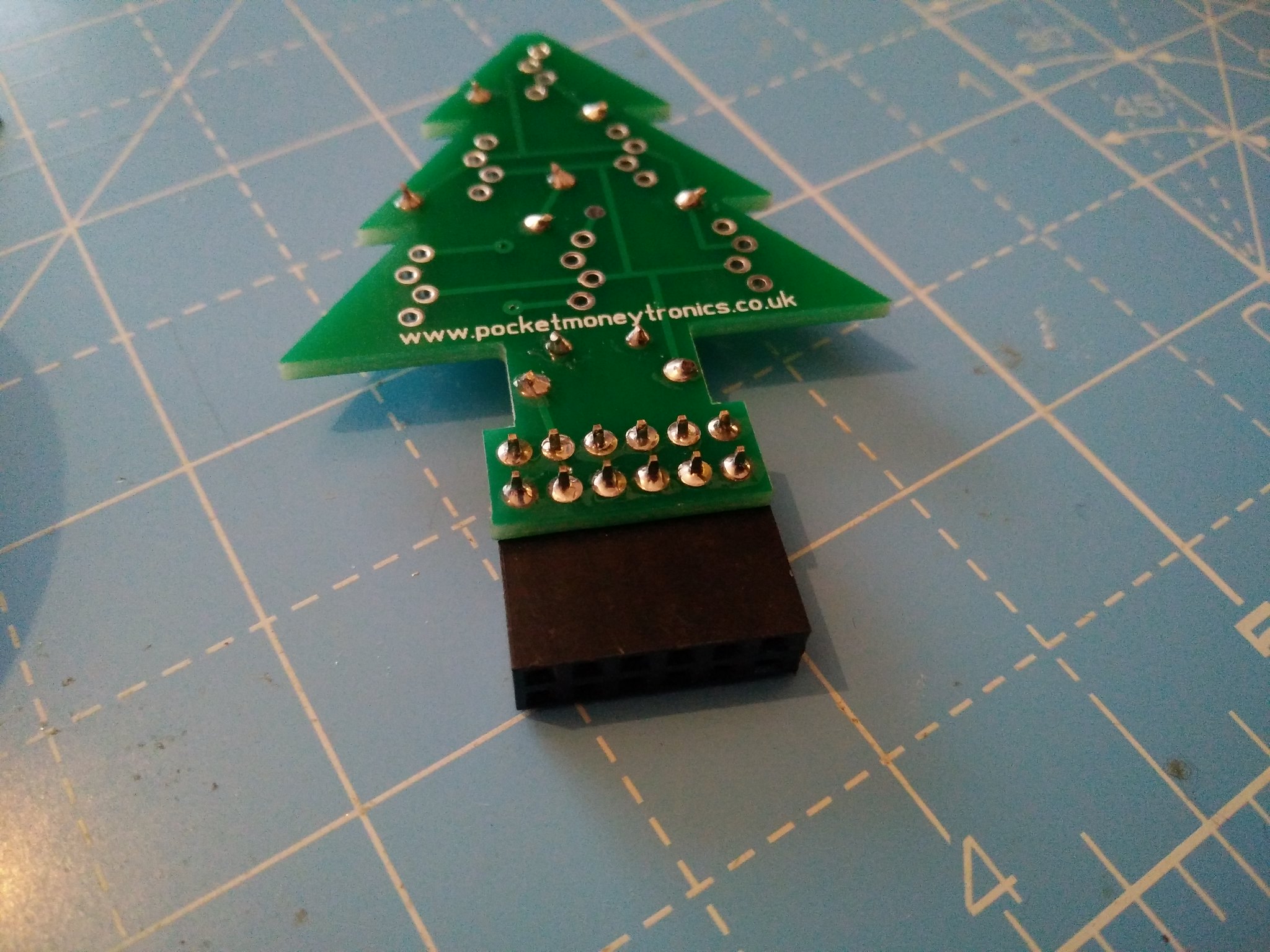 The iron felt really nice, light and balanced. It heated up the joints well, although I did need to apply the iron for a little longer than normal. Top tip slide the iron along the component to be soldered, so that the component is in contact with the thicker part of the tip. I was able to solder multiple joints in quick succession, indicating that the iron has good thermal capacity.
My biggest gripe was that the soldering iron tip has two vertical sections cut out to enable the tip to expand with heat. These also catch on to the brass brillo pad that I use to keep the iron clean.

For £12 this is a great little, and little is the operative word here, temperature controlled soldering station. The soldering iron is precise and has plenty of heat, just make sure that you calibrate the temperature for sensitive components. For general soldering tasks, stick to around 350-400C and you won't be far off that temperature. The size of this station is impressive, taking up very little room on my already cluttered desk but giving me enough power to tackle many different types of jobs. If you are starting to get serious with soldering then this is a good choice of iron. If you are just starting out, try CPC's starter kit. I reviewed one earlier this year. 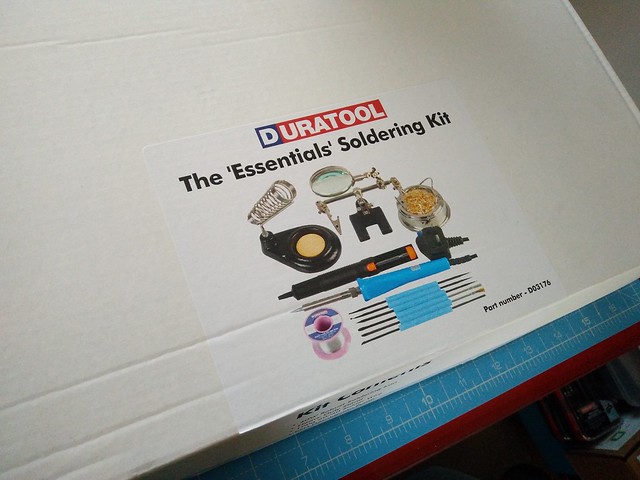 Where can I get one?

From CPC of course currently on sale for £12 inc VAT.

I've just had it confirmed that this mini soldering station is on offer until January 16 2017, for £10.19 including VAT! Bargain!
Head over to this link for the special deal.

So I was going through the Linux Format archives and I found that I could search by author. Now I'm not a vain person but curiosity got the better of me so I

I popped into Poundland today and had a look around for stuff to hack. Electronics First up, LED lights! I chose some Christmas trees and some blue spiral lights. Both take 3V in