Last weekend, August 15 and 16, the BBC were in Blackpool as part of their Make it Digital roadshow. 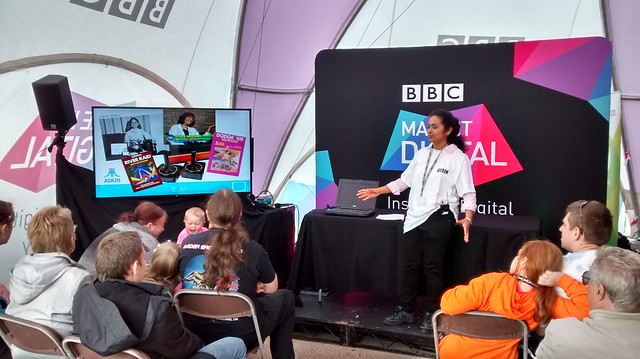 I was lucky enough to be asked along to help deliver a day long workshop, all about a new micro controller platform.... 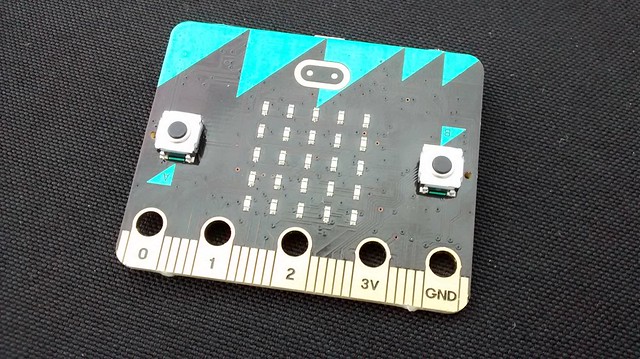 Micro:bit is small micro controller powered board that is similar to an Arduino in functionality. The BBC are looking to create a BBC Micro for this generation. It is certainly no Raspberry Pi but it is an impressive board for learning to hack and in late October 2015 all children entering year 7 (11 year old children) will receive one of these for free.

What's under the hood? 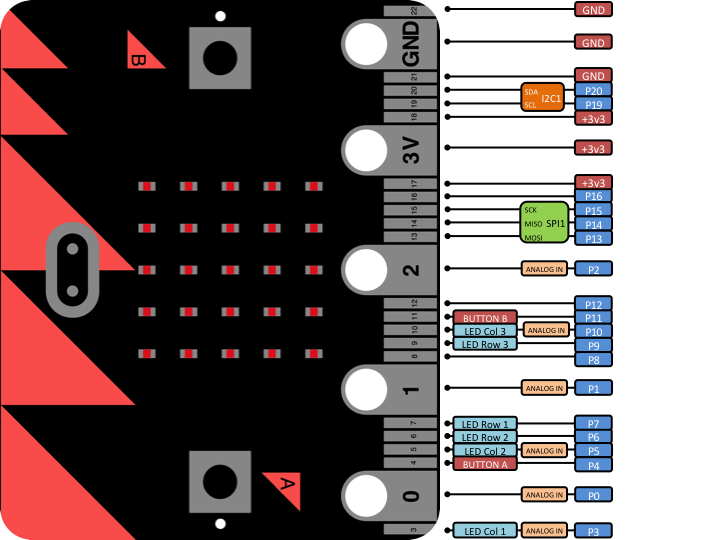 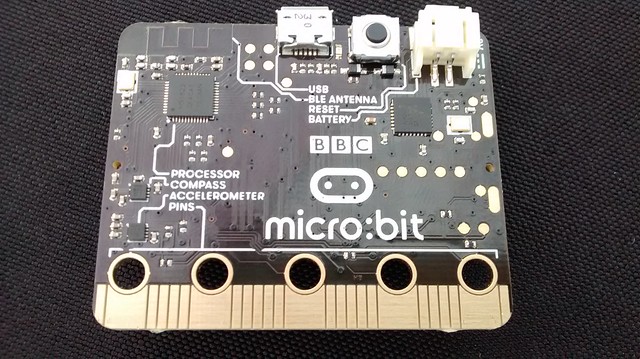 Programming Micro:bit is accomplished in one fo two ways. Using Microsoft Blocks a block based language similar to Blockly or we can use Microsoft TouchDevelop IDE, an interesting development tool that merges a typed language with blocks. It's a little tricky to explain but at first it feels rather clunky, then after a few minutes you get used to the auto complete prompts and start writing code a little quicker. Interestingly, code written in Microsoft Blocks can be converted into a Touch Develop project with just one click.

If you would like to know a bit more about Micro:bit and see how it can be used, then this handy link will take you to a preview of the Quick start for teachers guide

Creating a VNC connection Controlling a Raspberry Pi using VNC is a great way to remotely control a robot. But how can you do it? For this project you will need. A Raspberry