November was another full throttle month, especially due to print deadlines for Christmas.

We won an award! 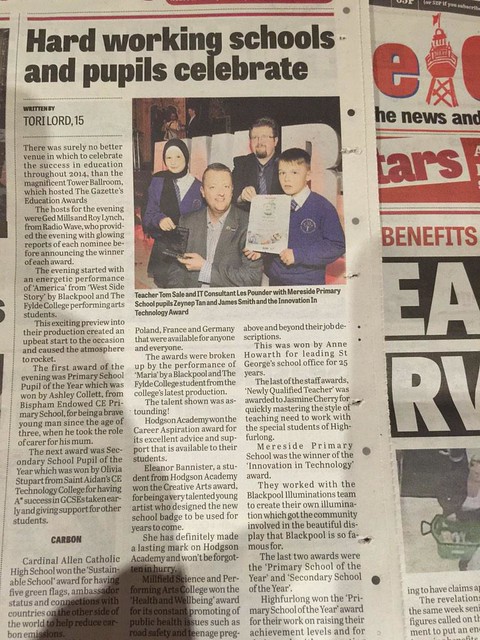 I've been working with Mereside Primary School, Blackpool, for about 18 months and in this time we have created some great work with the kids. 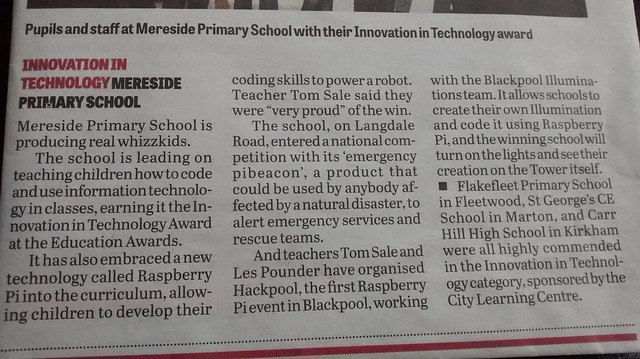 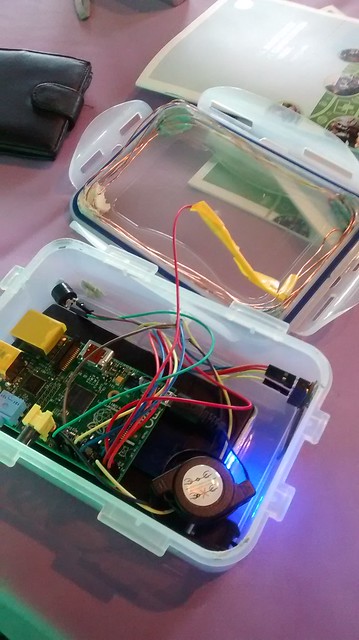 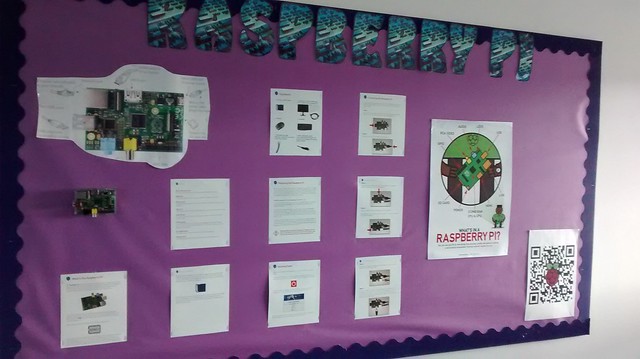 How To Teach Programming

In early November, Olly Clark and myself ran a 1 day inset for primary school teachers in West Bromwich. The inset focused on using technology to teach the core programming concepts. We had a great day working with the class, using Computer Science Unplugged to demonstrate these concepts with NO computers, just a big school hall and a lot of imagination. We then ran a Scratch session where teachers learnt how to build their very own game.

I was priveleged to be asked to attend a new project, hosted at the University of Manchester's Sackville Building. Dr Lynne Bianchi introduced the concept as

"Using technologies to progress the education of Science and Engineering via tinkering."

The goal of the project being to revolutionise the teaching of Science and Engineering in much of the same was as Computing.

During the session I met with a number of teachers from around the North West and spoke to them about the Raspberry Pi and how it can be used to teach much more than just Computing. 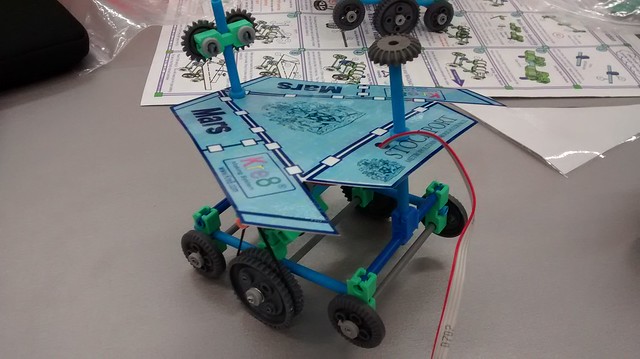 One of the projects for the day was to build a robot, that was powered by 1 AA battery and controlled using two linear potentiometer, one for each wheel.
Using my trusty Raspberry Pi and Pibrella I managed to hack the robot to respond to a sequence of commands. 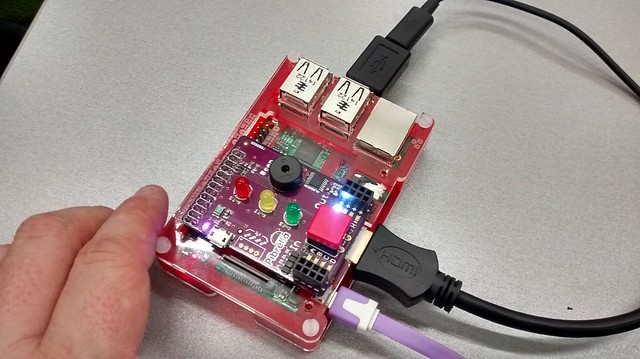 I also hacked together a quick robot demonstration using Scratch GPIO 5 and the Ryanteck Robot Chassis. 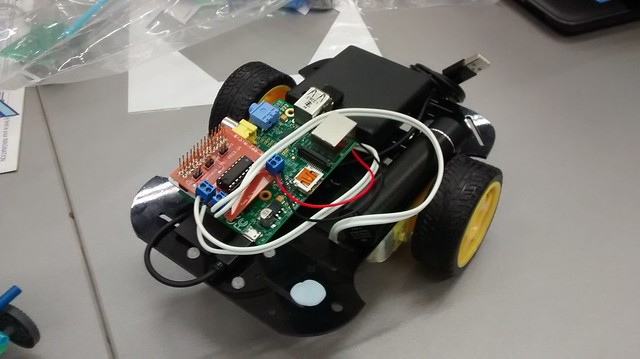 I took part in another Raspberry Pi Picademy this time in Wales at the Sony factory in Pencoed...home of the Raspberry Pi. 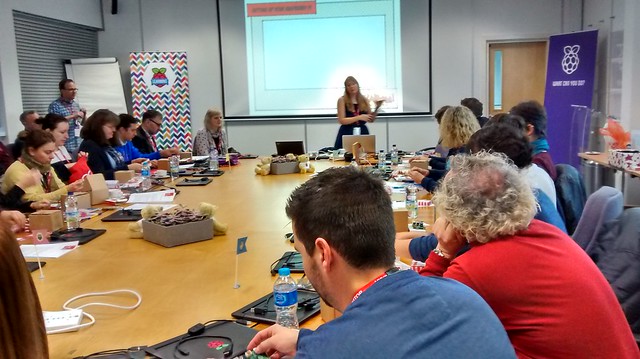 Great couple of days teaching lots of Pi related content and helping teachers to hack their projects into life. Including a great Pibrella robot.

I really love taking part in these sessions, it's awesome to see teachers coming to us with ideas and then we help them realise their ideas into real projects. 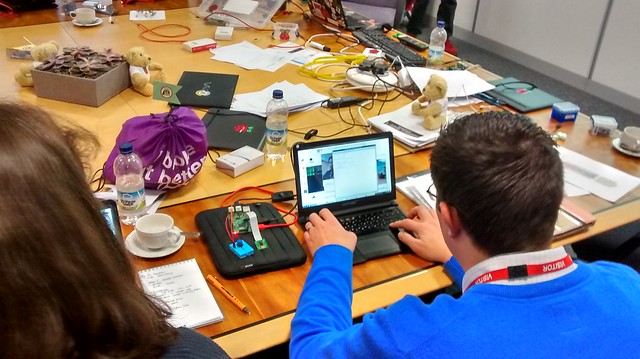 I love Minecraft, it is a great enabler for children and adults. You have a world to play in and there are no rules, not even gravity.

I wrote a short blog post, introducing Minecraft on the Raspberry Pi and how the physical world can influence the game world.
Head over and take a look, the project is really cheap to build and aimed at pocket money projects.

In November my Santa Trap was unleashed on to the world, of course it was powered via Raspberry Pi.

This was a great project to work on and I loved hacking it into life. If you would like to have a go, pop over to Element14 and follow the guide.

I love Arduino almost as much as Raspberry Pi, and I wanted to share that with the readers of Linux Voice via a simple and cheap project that covers a lot of programming concepts. 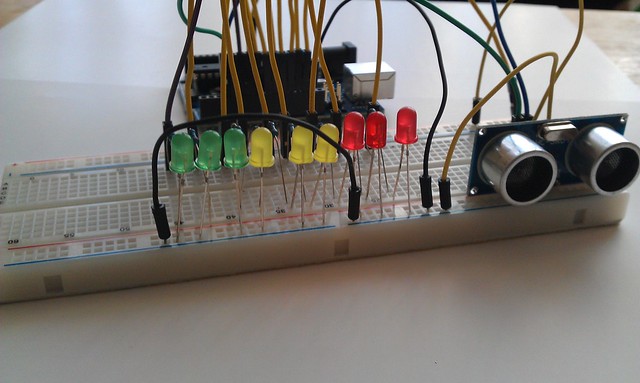 The project features in issue 11, which will be available from mid December.

Sneak peek of a future Linux Voice tutorial where I wrote a simple script to assess the strength of a password based on a number of criteria. 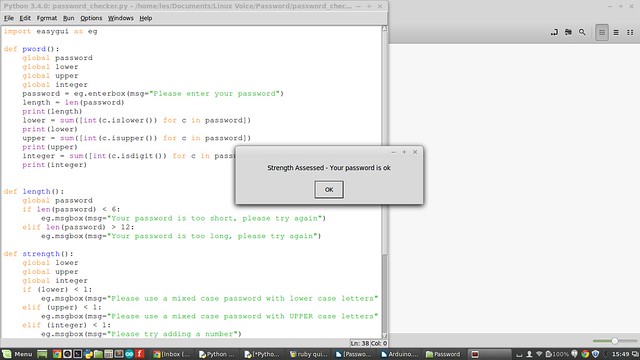 Scratch is a great introduction to computing. It uses a simple interface based on attaching blocks together to form a sequence. Scratch can be used on all manner of projects, from simple games

October has been a busy month :D Oggcamp## It started with Oggcamp, all the way down in Oxford. Oggcamp has been around since 2009 and is a great event for hackers and makers

bigl.es
—
Tinkering, tailoring with a Raspberry Pi
Share this