I have a deep love for the ATTiny85 range of boards. Small, cheap Arduino compatible boards that can power robots or be used to create lighting effects for signs. Normally I would use the Digispark / Digistump library to flash code to my ATTiny85s but recently I had an issue with nucleus, the tool that uploads the code and it forced me to look elsewhere and I then found ATTinyCore.

My current project is to hack a PIR LED light from #Pounderland to control some NeoPixels via an ATTiny85.

I never put my blog posts behind paywalls, pop ups or include sneaky advertisements because quite frankly that is annoying and prevents anyone from accessing the content. I will always keep my blog content free of charge. But I do ask that if you are able and willing, that you buy me a "coffee" as it helps me to pay for hosting this blog, and to buy stuff to hack from Poundshops / Dollar Stores / Aliexpress which are used in free projects and reviews on this blog. It is You dear reader who make this possible, and I am immensely grateful for your support.
Thanks!

So How Do I Install it? 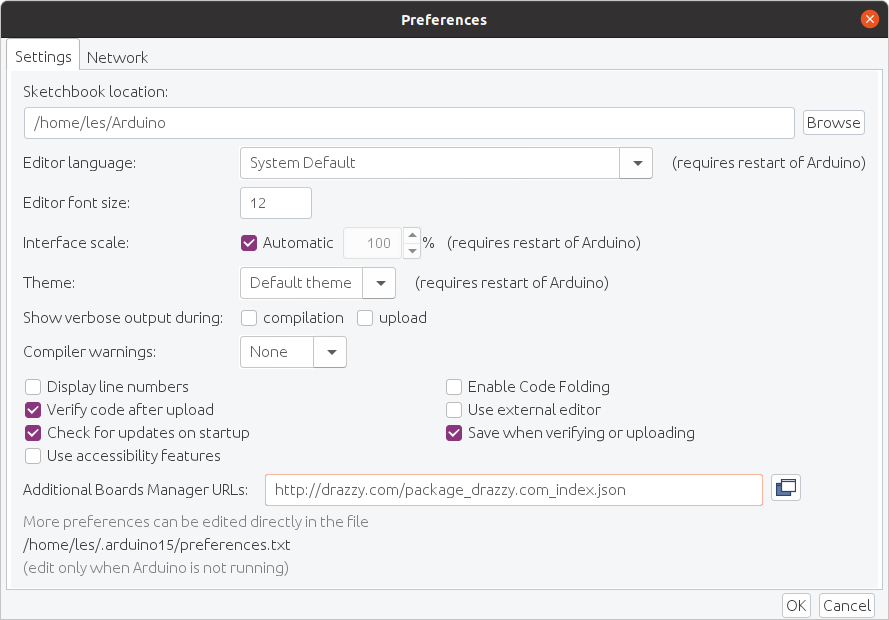 I tested it with Arduino 1.8.15 and first opened File >> Preferences and dropped http://drazzy.com/package_drazzy.com_index.json into the Additional Board Manager URLs. I then clicked ok. 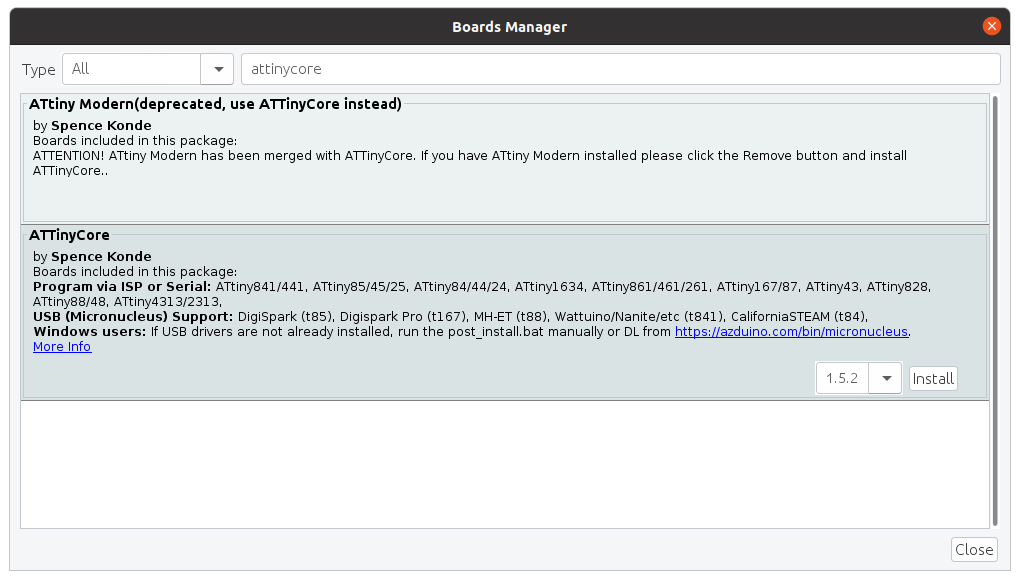 Then I clicked on Tools >> Boards >> Board Manager.

In the search box I typed ATTinycore and this brought up ATTinycore. Click on Install and after a few moments ATTinycore will be installed on your machine.

The final installation step is pre-emptive, we need to add some udev rules (for Ubuntu / Linux systems) in order for our board to be flashed.

Open a Terminal and use the following command to download the udev rules directly from Github into your /etc/udev/rules.d directory.

Now is a good time to reboot to make sure that the rules are loaded and ready for use.

Open the Arduino IDE and go to Tools >> Boards and set the board to ATTinycore >> ATTiny85 (Micronucleus / Digispark).
I then opened the standard blink example and altered...

and then changed two more occurrences of LED_BUILTIN to 1. The builtin LED on the ATTiny85 is attached to GPIO pin 1.

Click on the arrow to flash the code and you will be prompted to insert the ATTiny85 into the USB port. Do this and the code will flash to the board. All done!

Tired of typing? Try talking to your computer, it will guess most of the words correctly, often leading to a little fun.