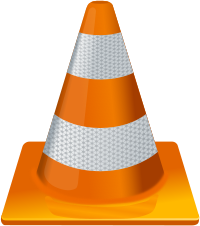 Another Tooling Tuesday, and this time we take a look at an easy way to play media in Python.

VLC is a popular media player for Windows, Linux and Apple devices (there is even a version for Android) and it also has a library for Python 3.

So how can I install it?

We will also need to install VLC for our operating system, full details on the VideoLAN website.

To use the library, first we need to import the library. To do that, in your favourite Python editor we do the following.

Then we create an object, which will store the name of a file or URL stream (for streaming media) which is set between the " ".

For example if I wanted to play a 1980s megamix file on my laptop.

But it won't play until we tell it to, and to do that we call the media object that we created, and tell it to play.

If you need to stop the playback.

Or to pause (even a live stream), and to unpause. 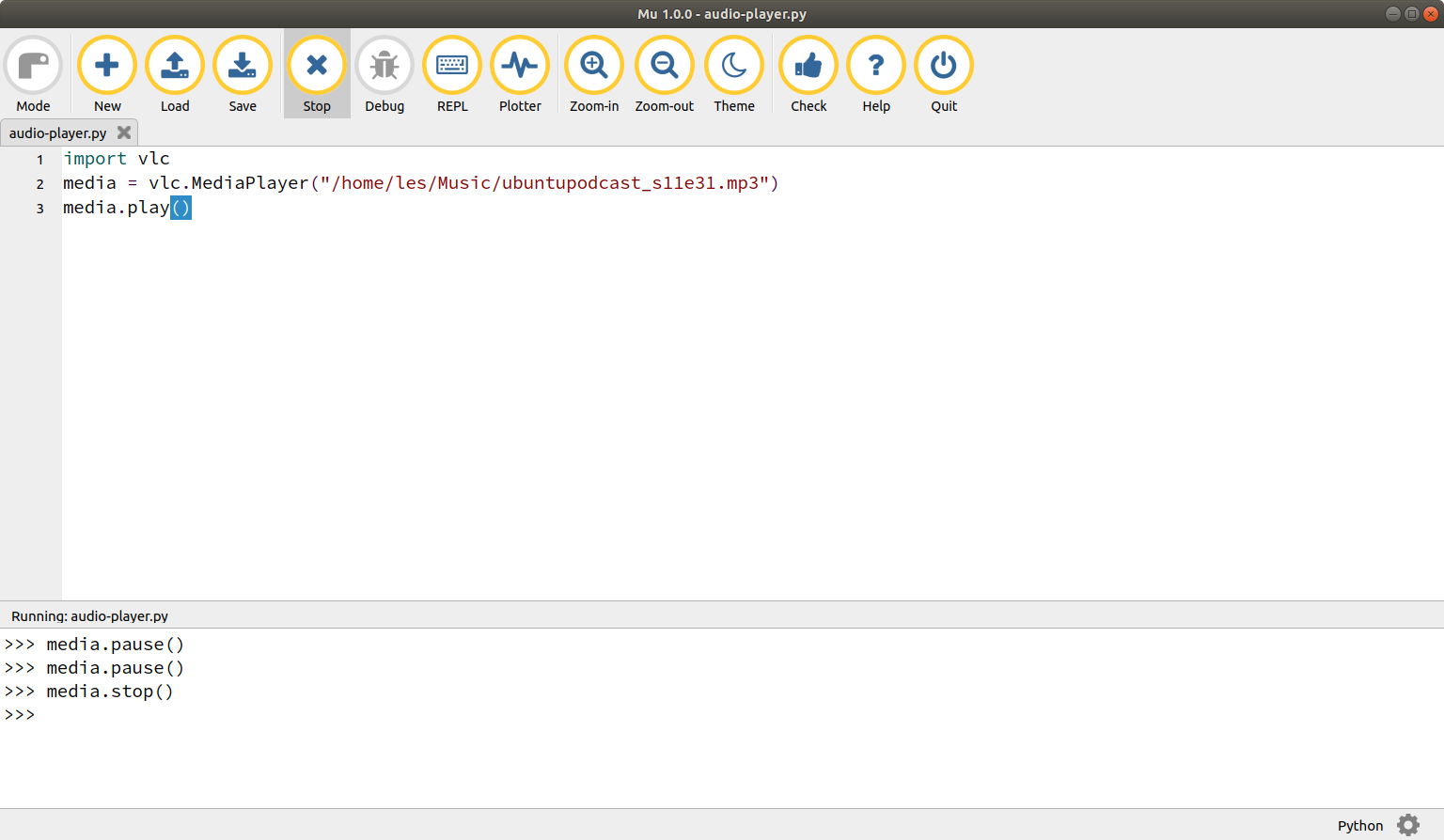 So we have an MP3 from the Ubuntu Podcast website that we can use to test local MP3 playback.
The MP3 is stored in the Music folder, so lets write a few lines of code to access and play the file using the Mu editor.

That's cool but I want to make a media player!

Ok hot shot, to build a simple media player, we need only 18 lines of Python! But we do need to install the easygui library, which we covered in a previous Tooling Tuesday which shall be used to quickly create two user interfaces. So we start by importing the libraries for VLC and easygui.

Then we create an object called media and use that to store the file that we wish to play. This is chosen using easygui's fileopenbox function which creates a dialog that we can use to select the file.

Then we create another object and load the chosen media file reay for VLC to use.

For vanity purposes, I created a variable called image which is used later to decorate the media player. Easygui only works with GIF images, and not animated GIFs :( This step can be skipped.

Now we create a loop to contain, and continuously run the code.

Next we create a buttonbox which is what easygui calls a dialog box full of buttons. This button box is used to control the media playback.
The buttonbox choice is saved to the variable choice. But what does this long line of text mean?

The next step is optional, for debug purposes we added a print function to show the choice in the Python shell.

In the next section we create a conditional test, which checks the button pressed against four hard coded options, "Play", "Pause", "Stop", "New"
If the user presses "Play" then it calls the player object with the option .play() and this starts playback of the selected file.

We can also stop media playback.

But if the user selects "New" then it opens a new file dialog to select a new file, which is then pre-loaded into the player object ready for use.

The last option, else is activated if the user clicks on the X to close the dialog box. It breaks the loop and exits the code.

So save the code, and click on Run.
We should see something that works as so

Video playback was a little choppy as I was using GTK Record My Desktop while playing HD video.

So why should I be bothered about this?

With the VLC library for Python we can play media in our Python code. On a Raspberry Pi we can play audio files and streamed audio, but not play videos. If we mix this library with GPIO Zero, GUI Zero etc, then we can create a custom media player that uses sensors, buttons etc.
On a normal PC we can play any media files that we wish, and we can use boards such as Arduino, micro:bit to create a physical user interface.

On October 18 the Raspberry Pi Trading company released a DVB TV uHAT, a small TV tuner HAT add on board that can receive live "free to air" TV and play it back on the Pi (3B+ only) or stream it to networked devices. So I had a play, found the stream details for a channel and wrote a three line Python script to stream the video to VLC. All works!
So with this we can create custom user interfaces in Python, for children / elderly to have a limited selection of channels based on their needs!

Scare more candy while trick or treating by making your own chainsaw...

Need to find some files using Python? We've got what you need!