It's Friday!! Time for some fun!

Hot Wires / Snap Circuits are simple circuit building blocks that are used to teach electronics to small children. They use press studs, similar to those used on coats, to connect the components, which are encased in a plastic shell meaning that small hands can't easily break the components. 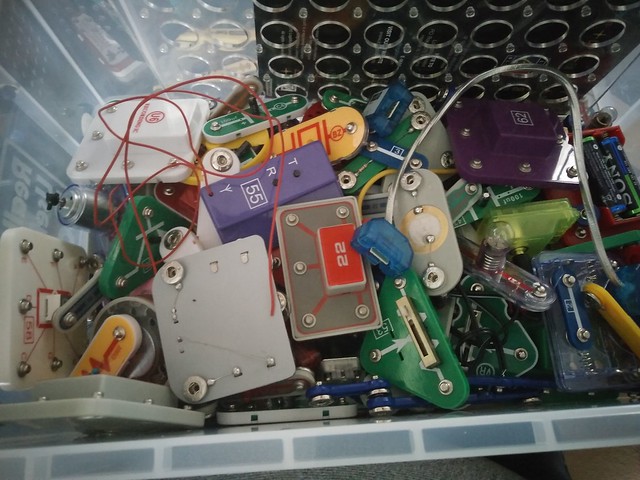 I've used them quite a lot at Blackpool Raspberry Jam as some of our younger children want to build rather than code. 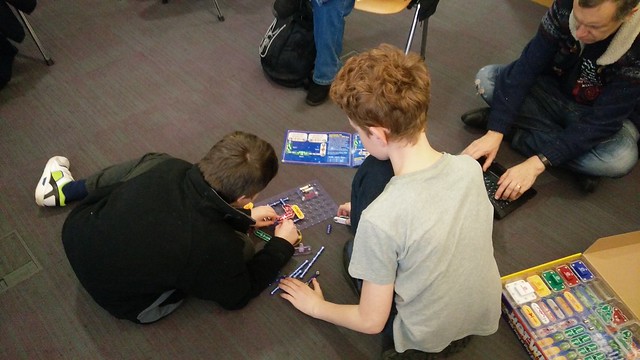 I recently...well ok November 2016, received some of these wires... 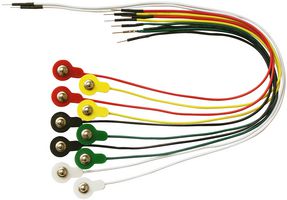 They are called "Snap to pin" and are used to convert the press stud connection to a breadboard compatible male jumper wire.

So armed with these wires and a "spare" (LOL) hour I made a simple circuit to illustrate how they can be used with any model of the Raspberry Pi and programmed two ways. Using Scratch and Python, with GPIO Zero. 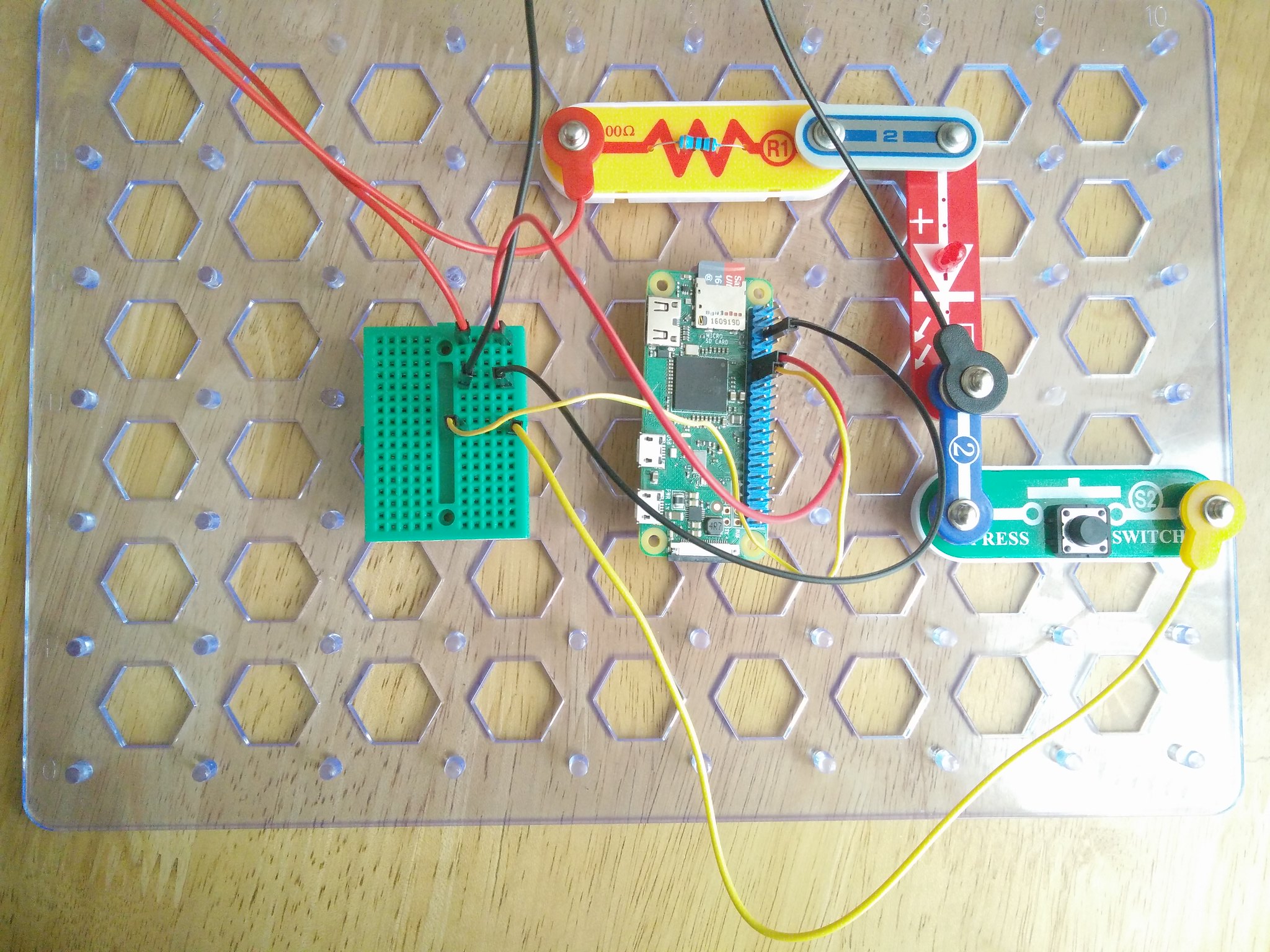 Values in () are the Hot Wires part number.

So for the red, black and yellow snap to pin wires, you can see in the picture that they are connected to the Hot Wires pieces and then connected to a breadboard. 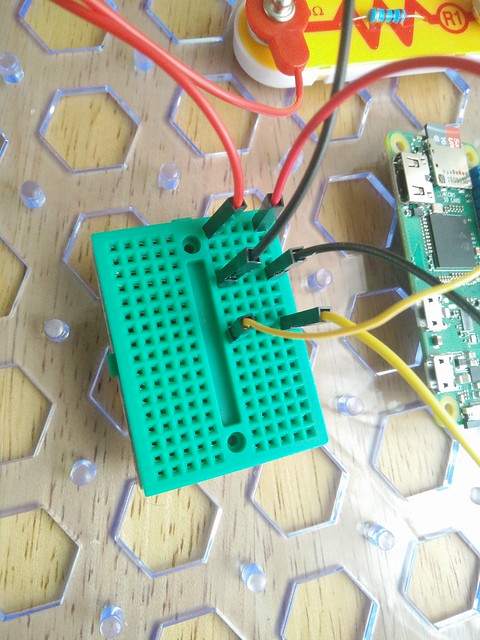 I then used the male to female jumper wires to connect the breadboard, and in turn the Hot Wires components to the GPIO of the Raspberry Pi. Note that I maintained colour coding for easy reference...and because I am a little OCD about that. 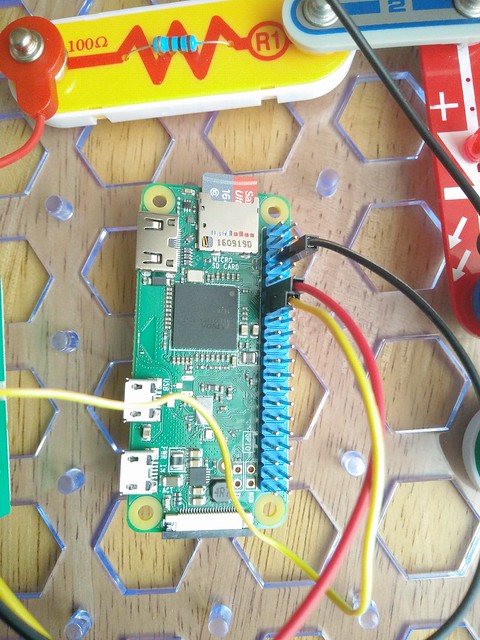 So our Red wire connect the Red LED to GPIO 17 on our Raspberry Pi via a resistor.
The Yellow wire connect one side of the momentary switch / button to GPIO 27.
The black wire is connected to any Ground pin on the Raspberry Pi and to the Ground pin (Cathode) of our LED and to the other side of our momentary switch.
Here is a quick diagram that shows the position of the pins. Pin 1 is the pin nearest your SD card on every model of Pi. 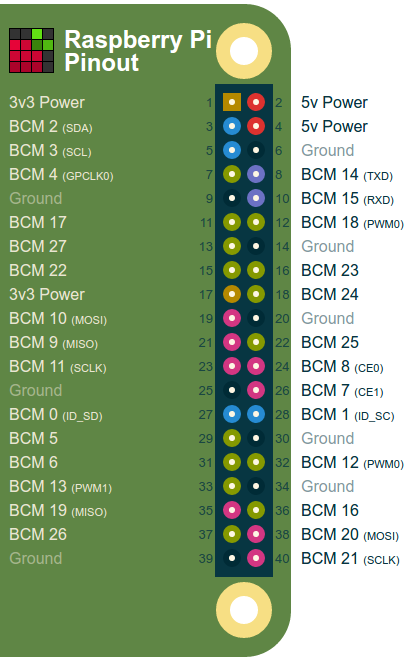 So with the hardware built, power up your Pi and open Scratch!

For our project we need to write the following code. 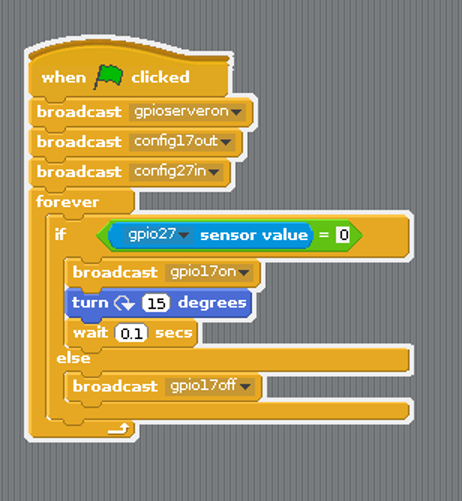 So that's the code. Click on the green flag to run and watch your LED come to life and spin the cat!

The wiring is exactly the same as Scratch.

Here is all of the code. I edited and ran the code using Python 3 editor, found in the Programming menu.

Hot Wires / Snap Circuits and Raspberry Pi are a wonderful way to hack electronics projects to life, no matter how old the person may be. 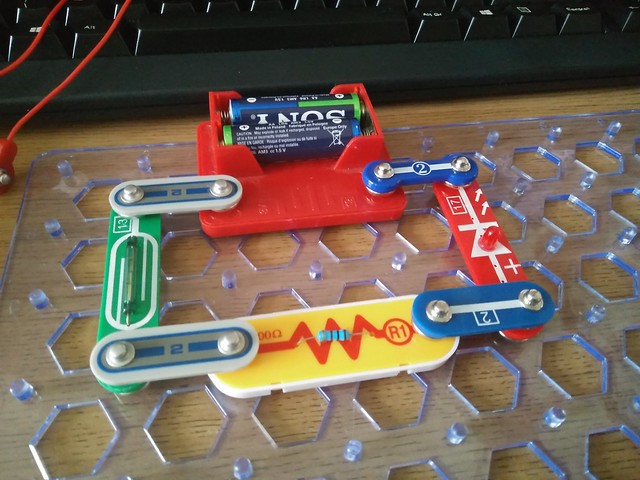 Using a magnet to control a reed switch that turns on an LED.

Gareth at 4Tronix is a genius. He produces lots of wonderful boards for the Raspberry Pi, codebug and micro:bit. One of his latest boards is Bit:2:Pi which is a little

Blinkies *noun* [blin-kees] A word made up by Les to make LEDs sound even more fun. I love LEDs (Light Emitting Diodes), they are the gateway to starting your adventures with electronics. If