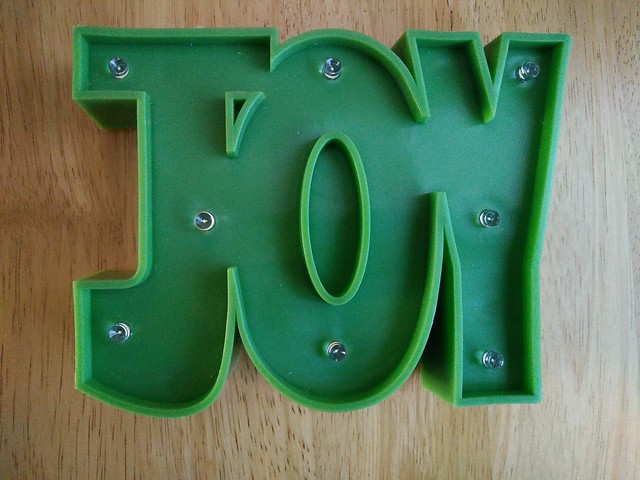 Invent:Advent is an accessible, fun and cost effective hack. Join us in creating new invention using components and stock from pound shops (such as Poundland or Poundworld). The theme for this hack is Christmas, and pound shops have a lot of cool stuff that we can hack!

Can I take part?

Yes!!! this is open to everyone, from all walks of life. No tech/art/engineering skills are needed, just take part and have fun inventing a cool project! 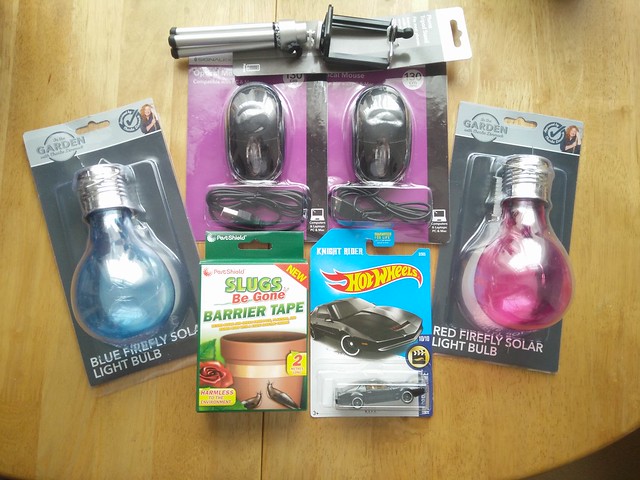 First of all, you must spend up to a maximum of £10 at a pound shop.
As well as your pound shop stash, you can use standard arts & crafts materials such as paper, glue, sticky tape, staples and hot glue. Wrapping paper leftovers, tinsel and glitter are highly recommended.
You’ll probably want some basic tools too, such as a screwdriver set, a soldering iron, some pliers and a hammer. Keep it simple! The point of Invent:Advent is show how awesome and accessible making can be with household items… save your lasercutting for a different project.

Can I work in a team?

Absolutely the more the merrier! But... you still only have a maximum of £10 to spend in the pound shop! 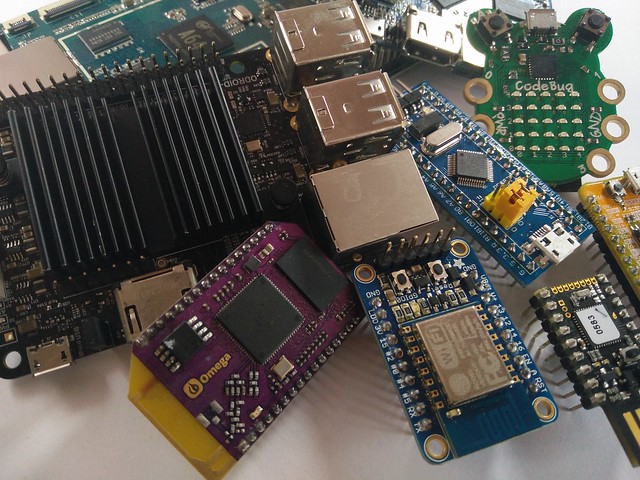 Finally, some of the coolest hacks use a microcontroller or single board computer. Feel free to use your Raspberry Pi, micro:bit, Arduino, Crumble or Codebug for Invent:Advent.

Don’t have a microcontroller? Don’t worry! You can still make awesome things without one.

How to take part...Share your invention!

When is the competition?

Invent:Advent will run from December 13 to December 20.

Do you win anything?

The grand prize is the eternal glory of taking part. Thank you for joining in our Invent:Advent hack and showing how accessible learning to be creative with technology can be.

Who is taking part?

We have already spoken to a few members of the maker community and they helped to create the project! Thanks!

Who wants to make & code a ROBOT UNICORN? You can with our new 🦄🤖 kit #microbit #artsci #sciart #edchat #edtech https://t.co/1UCo7tnHUX pic.twitter.com/tM4mRtlmLV

erm, we're on the third series of the new #RobotWars ;) pic.twitter.com/CaRI6mIrRn

So proud of my 'Most supportive' badge :-D Thanks to the #picademy team for a great first day. Bring on day 2!!! pic.twitter.com/e3oWl8tgWC

So I need to supply a new profile image for a future project...
I'm either serious (..bored) or posing like a twit! #sysadminPHOTODRAMA pic.twitter.com/FuJeyeOEat

A3 Does my trick or treat detector Raspberry Pi project count :) #caschat pic.twitter.com/u0NbAA7wMr

But most importantly YOU!!!

Yes this is the late edition of Tuesday Tooling...I've been on holiday Scenario: You're connected to your Raspberry Pi / Pocket Chip / Single Board Computer via a terminal session, but you would really

This week's Tuesday Tooling is a terminal application that can save you time and sanity by sending text to a pastebin. So what is it called? Pastebinit Where can I find it? It