Unless you have been hiding under a rock, you cannot have failed to notice that the new Raspberry Pi Pico has disrupted the Raspberry Pi and microcontroller scene. For just $4 we get a powerful, custom made microcontroller, the RP2040 which is an impressive piece of kit. Would you like to know more? Well head over to Tom's Hardware where I have written a full review.

So I thought that if you have bought a Raspberry Pi Pico, you might find these tools helpful for your hacks. And so this Tuesday Tooling was born!

Tio: Connect To the Serial Console

I use Tio everyday, and that is not an exaggeration! I covered Tio back in January 2020, and it is still an awesome way to connect to serial / TTY interfaces.

So can we use it with a Raspberry Pi Pico?

Yes! I work with MicroPython and sometimes I need to quickly check something for work. So I fire up Tio and connect to my Pico.

So How Do I install Tio? 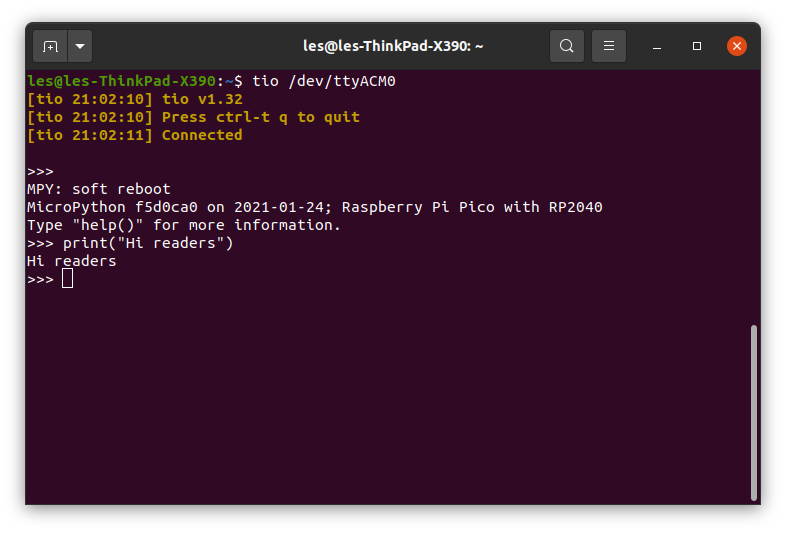 Open a terminal, the Pico connects as /dev/ttyACM0 on Linux.

How Do I Disconnect? 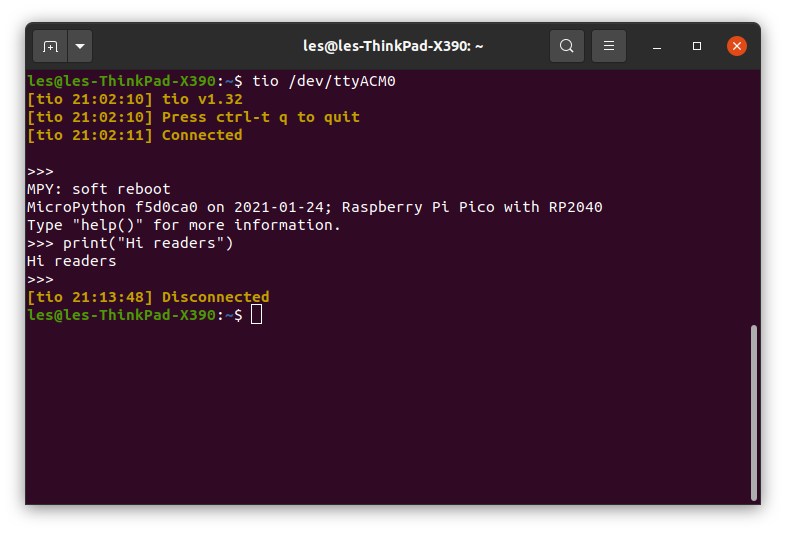 Ampy: Send, Receive and Manage Files on Your Pico

So How Can I Install Ampy?

So What Can I Do With Ampy? 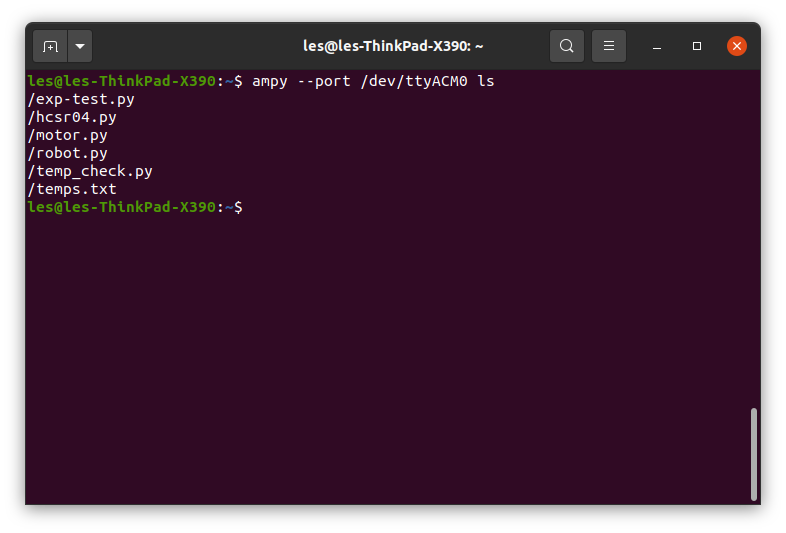 First lets list all the files on the Raspberry Pi Pico.
In a terminal, run this command. I am assuming that you are using Ubuntu / Raspberry Pi OS / Linux. If you are running Windows, look in the Device Manager for the correct port.

Get a File From The Raspberry Pi Pico 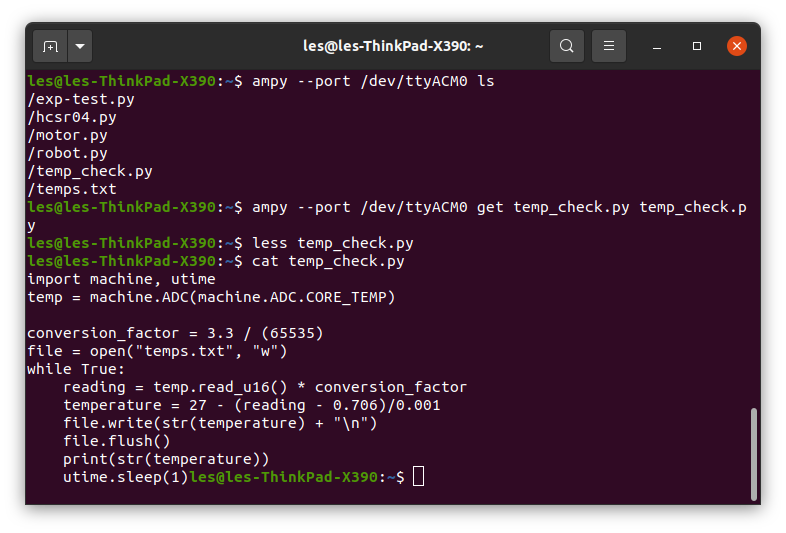 After listing the files, I can see that there a few different project files.

Lets grab the temp_check.py file from the Pico.

Put a File on the Raspberry Pi Pico

This follows a similar syntax to get but this time we use put to copy a file from our computer to Pico. 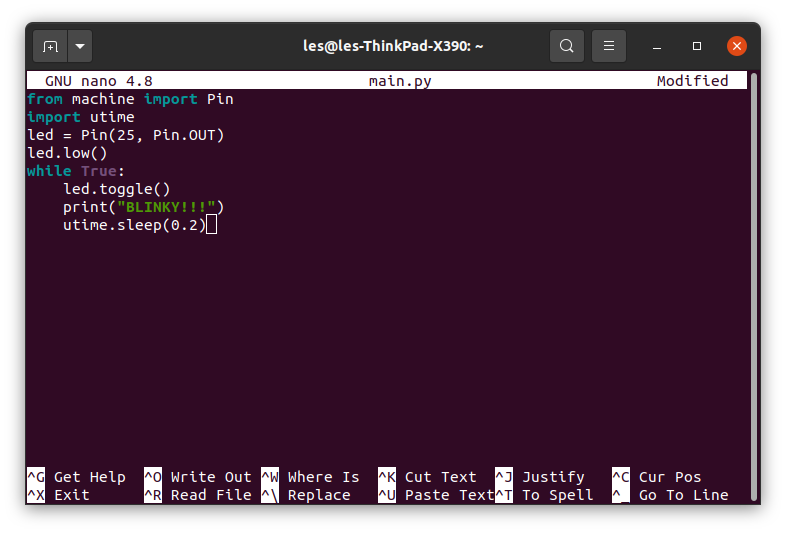 In this scenario I have written a simple script to blink the onboard LED every 0.2 seconds. I've called the file main.py so that it autoruns on the Pico.

To copy this file to the Pico I use this command. 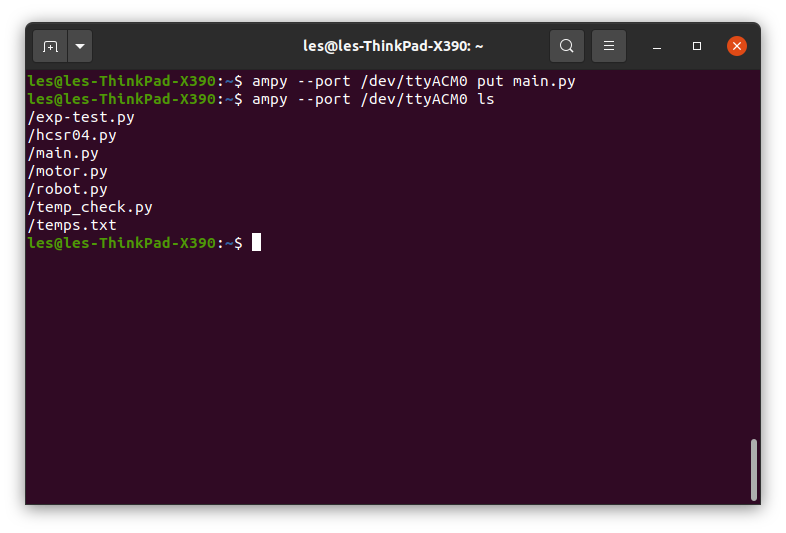 I then list the contents of the Pico and I can see main.py is on my Pico!

Jumping back into Tio, I can reboot the Pico and my code will autorun!

For $4 the Raspberry Pi Pico is cheap, powerful and so much fun. Get one from Pimoroni, The Pi Hut or for US readers Adafruit.

Need a colour quickly? Colorzilla is a great free tool to get RGB and hex colour codes from webpages to your clipboard.

Use a little Python code to add points of interest to a map.